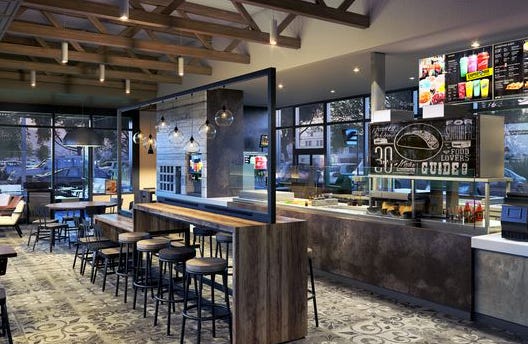 USA Today - Next time you’re looking to eat a nice dinner out, Taco Bell is hoping its burritos will be top of mind.

That’s the idea behind four new store design concepts the Mexican fast-food chain will begin testing this summer. Sleek, modern seating, exposed wooden beams and trendy light fixtures will replace the fluorescent lighting and neon purple glow that has long been associated with the chain.

It’s an uncharacteristic case of a fast food restaurant asking people to slow down. But it could be necessary if Taco Bell is going to increase its evening sales — and face off against more upscale chains like Chipotle.

“We hope that we see a renewed interest in actually using it as a place to go out to dinner vs. picking up convenience and food to go home,” says Deborah Brand, vice president of development and design at Taco Bell. In a bid to get customers out of their cars, Taco Bell’s store designs emphasize group seating — tables are no longer bolted to the floor and there’s more family-style seating. Initially, eight stores will feature the new designs — four current stores will debut the new designs in Orange County, Calif., this summer with four new stores opening later in the year — with the goal of eventually rolling them out to every store. Taco Bell has more than 7,250 restaurants around the world. 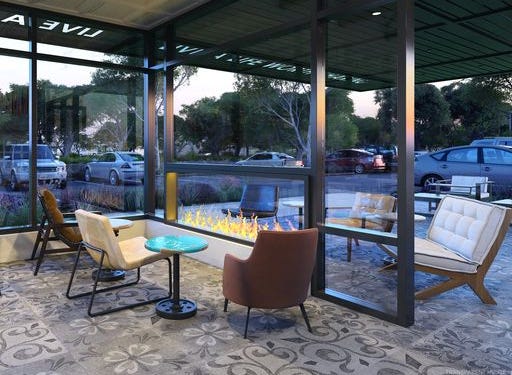 This is a tough one. Because every time people say Taco Bell can’t do something, they do it, and they do it well. Taco shells made out of Doritos? Smashing success. Taco Bell breakfast? Smashing success. And now fancy Taco Bells to get people to eat inside instead of using the drive thru? I can’t imagine doing it, but don’t hold me to that.

I’ve said time and time again that the reason I like fast food places is you know exactly what you’re getting. Shitty but delicious meat, cheap meals, and you don’t have to leave your car. If I wanted to sit inside, I wouldn’t go to a Taco Bell. I wouldn’t go to a McDonald’s. The drive thru is a safe haven for me and my people to order as much as we want, without judgement. Nobody wants to sit inside of a Taco Bell so other people can see how much fast food you just ordered. But then again CHECK OUT THAT FIREPLACE SON! Nothing is better than sitting around a fire eating delicious food. I can’t imagine the Bell being that delicious food, but things can change. People can change, adapt, and be persuaded.

What Taco Bell really needs to do is let people know they are the trust tree. The trust arbol, if you will. Let people know they don’t have to be ashamed of eating 7 soft tacos and ordering a Mexican pizza to go. That when you’re inside the walls of a Taco Bell, you’re free to eat at will without judging eyes and looks. If you want to give yourself a heart attack, by all means. They don’t just have to make the place look fancy, but they need to make it look welcoming as well. 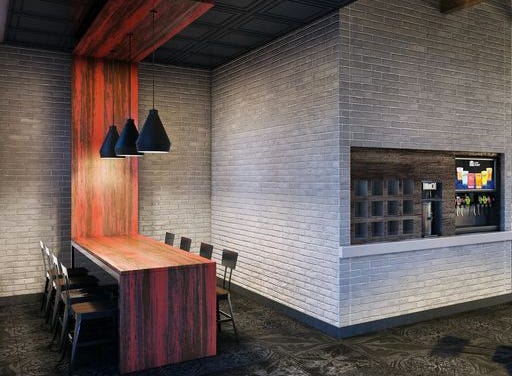 PS: Remember the time I ate Taco Bell breakfast every day for a week and tried the entire menu? Never again.