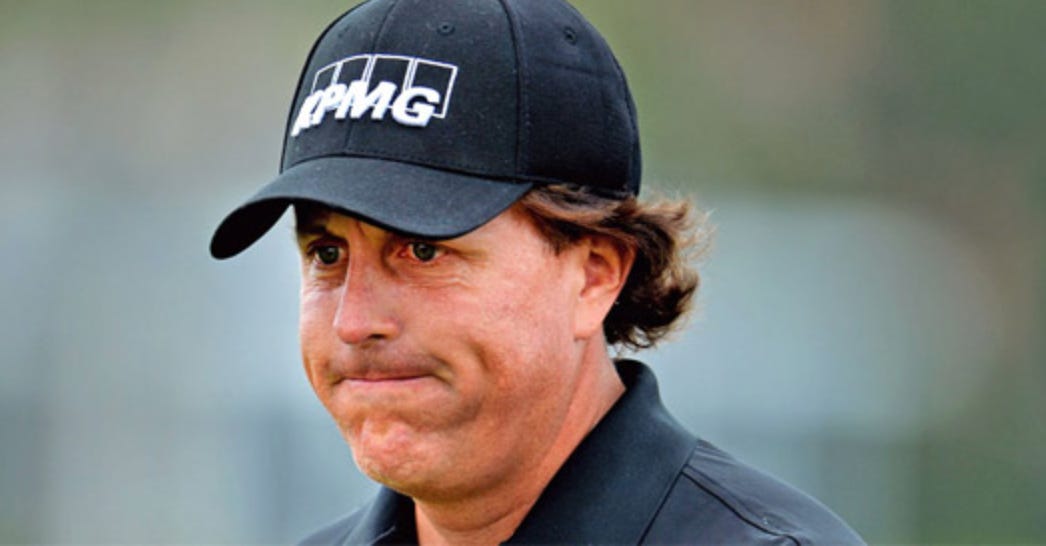 MW- Golfer Phil Mickelson on Thursday was charged with insider trading in connection with a case where two others are facing criminal charges. Mickelson was charged with insider trading by the Securities and Exchange Commission due to an alleged tip he received from gambler William “Billy” Walters, who got information from a former Dean Foods DF, +0.23% chairman, Thomas Davis. The SEC said that Walters called and then sent text messages to Mickelson, who ultimately bought a $2.4 million position in three accounts he controlled. Those securities “dwarfed” Mickelson’s other holdings, which were collectively valued at less than $250,000, the SEC said. Mickelson had not been a frequent trader, and these were his first Dean Foods purchases, the SEC said. Mickelson made a profit of approximately $931,000 from the stock, which he held for about a week. The reason why Mickelson, who the PGA Tour website says has career earnings of $79.5 million, made these trades? According to the SEC, Mickelson owed Walters money at the time Walters urged him to trade. That’s also the case with Davis — the SEC said he owed Walters money.

Bad boy Phil coming through! This is the Phil Mickelson we hear about so often but never see. Gunslinger Phil. Fuck I’m Good, Just Ask Me Phil. Throw-your-money-down-and-I’m-gonna-take-it-from-you Phil. Riverboat Phil. And apparently, Insider Trading Phil. The media and fans only really know Aw Shucks Phil. Family man Phil. I like this Phil better if we’re being honest. The one who gambles, plays by his own rules and breaks the law. Everybody with a squeaky clean image is super duper annoying. Show me that you’re a degenerate in some area of your life so we can relate on a certain level. This is Phil’s. I will say though, he’s a fucking terrible inside trader. Jesus Christ, Phil. Let’s look back at the time line.

– Then Phil starts receiving calls and texts from this gambler guy Billy Walters (who Phil owed money to) and all of a sudden Phil buys up $2.4 MILLION over three accounts in the stock market (for those keeping score at home, that’s suspiciously a lot more money than the previous total of $250,000).

– Then he sells that stock and makes a $931,000 profit. And how long did Phil hold onto that stock before he sold it for almost a million dollars in profit? A month? A couple months? A year? NOPE. A week! 7 days! Turned right around and flipped it for a cold million. Come on, man.

Be worse at insider trader, I literally think you can’t. Of course the SEC is gonna look at you, Phil! That’s like robbing a bank and then immediately buying three Bentleys and a pet tiger. So obvious. You gotta give it some time so it looks real. I don’t give a shit about insider trading because that’s a world I’m not even close to being involved in. If you have rich friends who have insider tips on how to make money, go for it. The only stipulation is that you can’t suck at it or you’re gonna get caught. Phil apparently sucks at it and is gonna pay the price it appears. I don’t know what the punishment will be. I don’t know if he can pay all the money back and just be like “My bad”. Not sure how it works. All for a relatively small amount of money when you realize how rich Phil is. Sad!