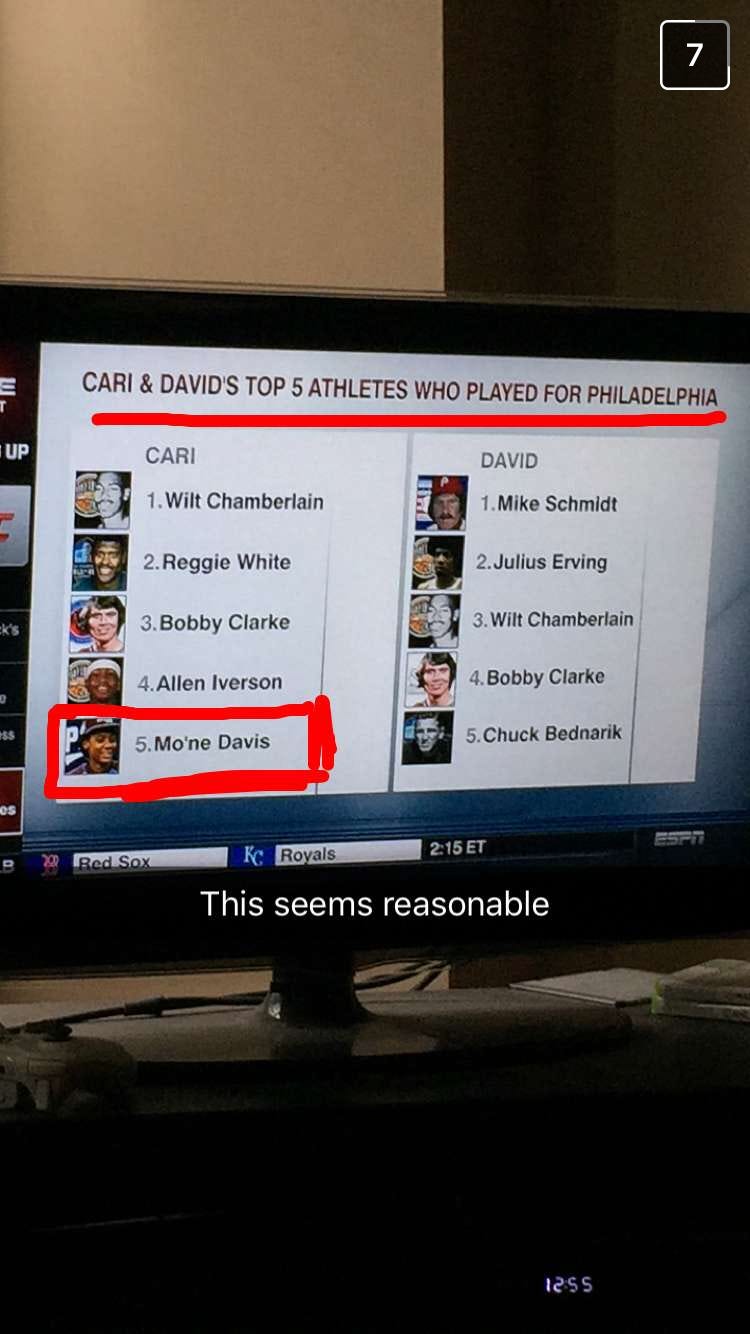 Mo’Ne Davis. Really. Now I have all the respect on the world for the kid. She has done more at 13 years old than most would dream. But what. The. FUCK?!?! Concrete Chuck. Dr. J. Bernie Parent. Mikael Jack Schmidt. Chase/Jimmy/Howard. Motherfucking Speedy Claxton, Chad Lewis, or Scott Eyre. PAT THE GODDAMN BAT. That’s not even mentioning Ashburn, Jim Bunning, Chuck Klein or any old school cat who would be physically ill over this. Really, anyone who has ever played a professional sport in Philly, including Kevin Sefcik and Jerry Crafts, should be held on higher regard than this fair lady who led her team to THIRD PLACE in the LITTLE LEAGUE WORLD SERIES. But do you, ESPN. Ain’t the worldwide leader in sports for nothing.