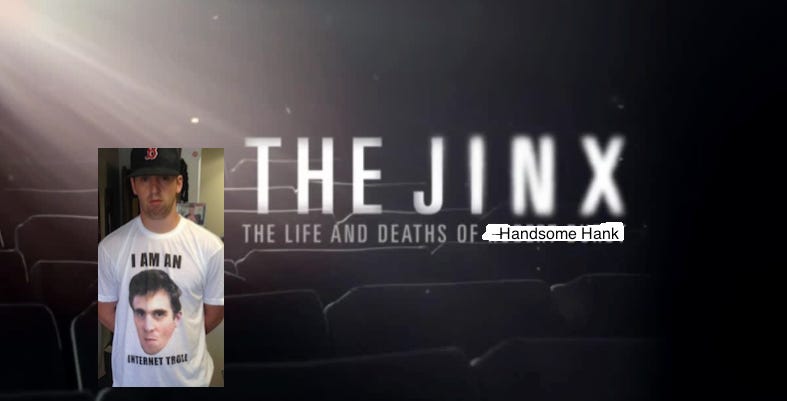 I would say 75% of Barstool’s readership gambles in one way or another so this is a place we have all been before in life. Last night I had the over in the Cavs/Raptors game. Great first half, great 3rd quarter. Sitting at 162 going into the 4th so we needed 39 total points to hit the over, that’s nothing. So of course we ended up with 37 points (the Raptors scored just 6 points in the final 4:30) and landed at 199, losing by a single point.

Now the loss hurt but it’s nothing new. I really try not to be the guy that complains about gambling losses. I’ve been a really shitty gambler for a long time so it’s just part of life, move on to the next game. But what did piss me off was the fact that Hank jinxed me harder than anyone has ever been jinxed. With 5 minutes left in the game he texted the group chat to start filming Pardon My Take. This is what transpired.

Just continually telling me that I’m good and have nothing to worry about. Being that guy who counts my bet as won before it’s won, even though I’m telling him to stop. Then we hopped on skype to tape the show and he kept going, didn’t even know he was recording while I watched in agony as both the Cavs and the Raptors dribbled out their final possessions, yes neither of them took a shot under a minute.

So to the point. What’s the proper punishment when a friend does this to you? This type of shit can’t go unchecked, we live in a society, there are rules. Should Hank pay for half my bet? Should he apologize in writing? Should he buy me a beer? Don’t say nothing. We’ve all been there, watching the final minutes of a game while the annoying guy in the room says to not worry over and over. I think Feitelberg actually did that to me 1,000 times during March Madness. We need some type of penalty for the guy who doesn’t have money on the game jinxing your bet before it’s over. I won’t go as far as saying death penalty but I also think nothing should be off the table.