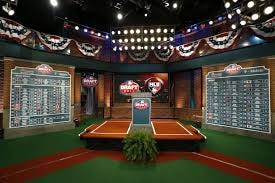 With the MLB Draft just about 3 weeks away, The Philadelphia Phillies will pick first overall. Philly is just dominating the sports headlines lately. Here is a look at a few prospects that they could select with the number 1 overall pick.

Lewis was recently named the #1 overall prospect according to MLB.com columnist, Jonathan Mayo. At 6’4″ 205 lbs, the outfielder’s numbers at Mercer this season are certainly reflective of that. However, playing in the Southern Conference, the competition is nothing to write home about compared to the SEC and ACC. It was his numbers in the Cape Cod League that really turned heads this past summer. Hitting .300 with 7 home runs and 24 RBI’s in the wooden bat league, he faced some of the best college competition out there and separated himself as one of the best prospects available next month.

Ray is on every draft board’s top ten. He has tremendous speed – 74 stolen bases already in his collegiate career and has yet to be caught stealing in 36 attempts this season.. His draft stock continues to rise as his power numbers keep climbing. 1 home run his freshman year in 77 at bats to one every 17 at bats so far in his junior season. At just 5′ 11″ 185 lbs, the center fielder is one of the smaller offensive prospects. However, playing in the ACC and hitting leadoff for the #5 team in the country, he possesses the right amount of maturity for the Phillies to consider taking him first overall.

Puk is the front man in the rotation for the #1 team in the country right now, the University of Florida Gators. At 6′ 7″ and 230lb, the lefty certainly has the size to be a #1 or #2 in the MLB. Hey may have the stuff too. A Fastball that has been clocked as high as 99 mph. A plus slider and a changeup that may need some work if he wants to succeed at the Major League level. Under Bob McLure’s tutelage, I don’t see that being a problem as has helped developed Aaron Nola and Vince Velasquez change ups into a plus pitch. While his SO/9 continue to climb, so does his base on balls numbers. A typical power pitcher 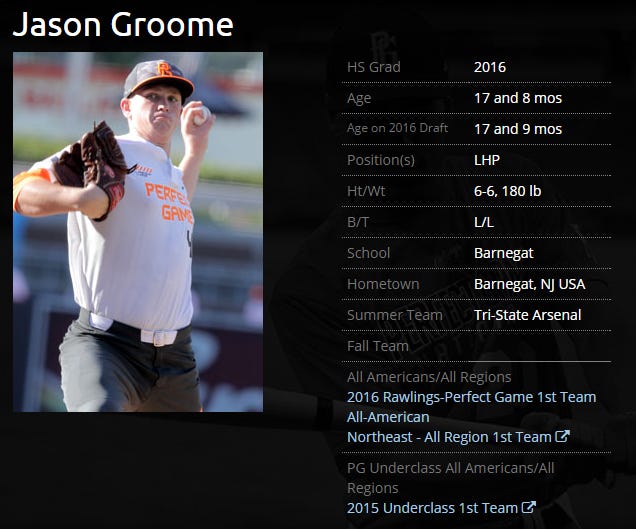 From what I hear and have read, this kid is the real deal. At 6’6″ 230lbs, he is considered the best high school pitching prospect since Clayton Kershaw. The kid throws absolute gas too. In his last outing against South Jersey powerhouse, Gloucester Catholic he struck out 14 in a 1-0 loss in front of 6,500 people and 150 scouts.

Campbell's Field capacity is 6,500. Luxury boxes are closed, but otherwise this place is jam-packed. pic.twitter.com/0MvRoIDTg0

Along with his fastball, which has been clocked as high as 98 mph, he also has a knee-buckling curveball and a solid changeup according to highschoolsports.nj.com. At just 17, he was named the No. 1 overall MLB draft prospect last month by Baseball America. He could be the first high school pitcher to be selected first overall since Brien Taylor in 1991 by the New York Yankees (Crazy story if you are unfamiliar with the name).

Who Do I Think Fits Best

Of these names, I want Puk. Not because I have watched him pitch extensively, I am basing it solely off patterns of the past few drafts. In the last 9 MLB drafts, 4 college pitchers have been taken first overall. Their names are David Price, Stephen Strasburg, Gerrit Cole and Mark Appel. Appel is not a bust by any means and is currently in our system having a great season so far in AAA. Those other three names, well they are all aces. The bats would be nice, but outside of Kyle Schwarber and Kris Bryant, the college bat really hasn’t made an immediate impact in the last few drafts. A high school arm is just too risky in my opinion. Brady Aiken and Tyler Kolek, drafted #1 and #2 overall in 2014, both have undergone Tommy John surgeries before they turned 20. Sure it’s a new arm, but the road is way too uncertain after going under the knife with Dr. Andrews. Especially when you are that young.

Look at what Aaron Nola and Carlos Rodon have done for their respective clubs two years removed from being drafted. Neither were #1 overall, but they were college arms who came out of competitive conferences. They are both on their way to becoming a glorified ace for their respective franchises. In other words, they made an impact right away. The Phillies need this type of player which is why I want Puk. Who knows, the Phillies could still be in the Wild Card hunt come September and will need an arm like Puk to rejuvenate a tired bullpen.