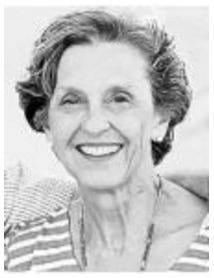 Faced with the prospect of voting for either Donald Trump or Hillary Clinton, Mary Anne Noland of Richmond chose, instead, to pass into the eternal love of God on Sunday, May 15, 2016, at the age of 68. 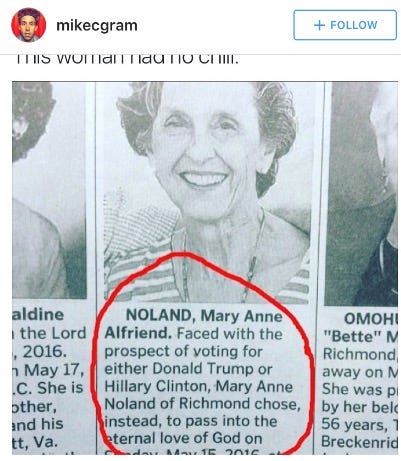 I don’t care if you’re the biggest Trump supporter on the planet or the most hardcore Hillary fanboy in the known universe, god damn do you have to respect this move from Mary Anne Alfriend Noland. So many whiny babies out there, every election but especially this year – wahhh if Trump wins I’m moving to Canada, wahhh if Hillary wins I’m leaving the country. No you’re not idiot, you’re going to sit right where you are and complain about it for the next 4 years and then do it all over again. All talk.

But not Mary Anne Alfriend Noland. Lady literally just dropped dead to avoid voting. Let her life end so she didn’t have to head to the polls and make an impossible choice. Gotta admire a stubborn old bitch like that.