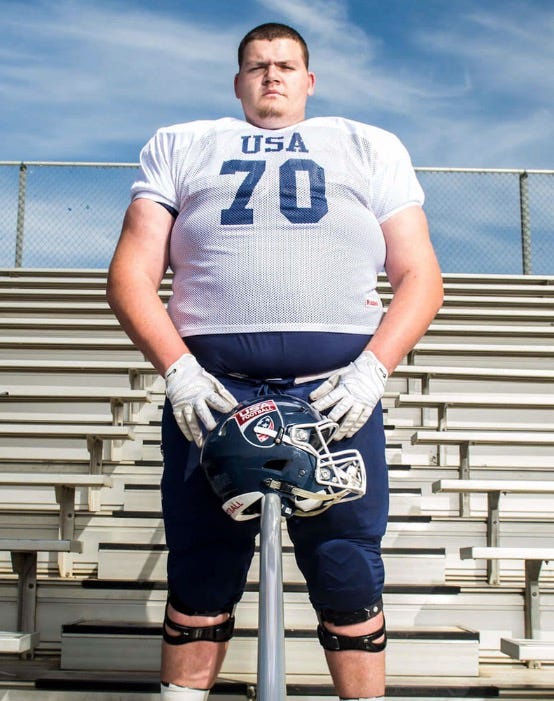 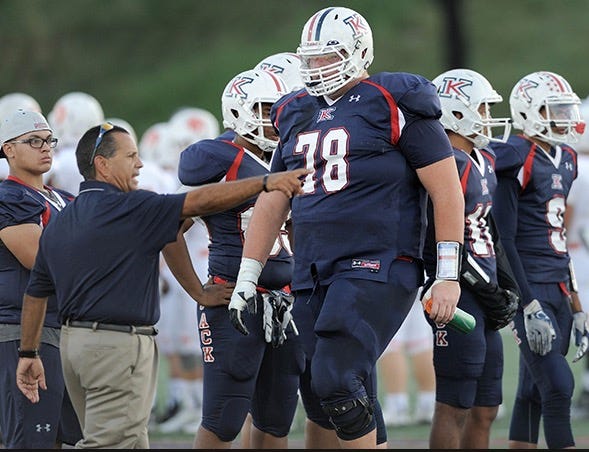 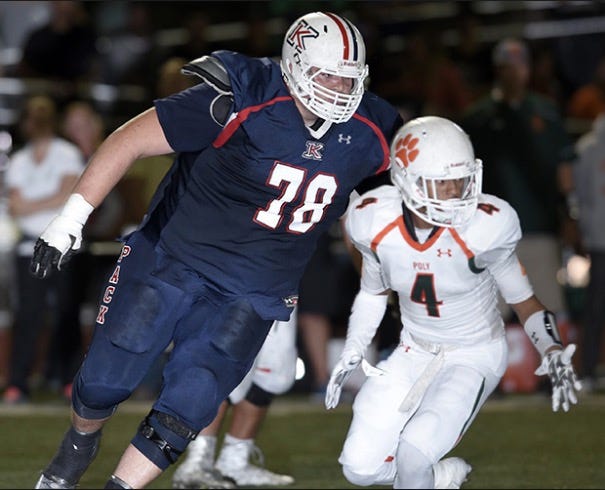 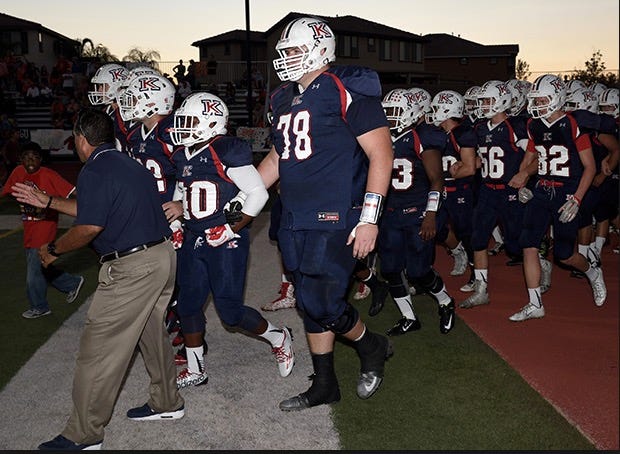 The Lab – Junior dwarfs this being, whoever that might be. At 7 feet tall and 440 pounds, John Robert Krahn III makes the largest people in the world’s largest profession appear minuscule.

And yet, despite his size and his blossoming status as a celebrity recruit, not one Division I team has looked his direction. Not one coach has called to gauge his interest. The countless inquiries made on Junior’s behalf have sunk to the bottom of the abyss.

In a sport so consumed by size, how could this be? How could someone with so much potential slip through the cracks?

Absolute insanity that my man John Krahn the Third hasn’t been given a look by a D1 squad yet. I mean what’s the hold up? Nobody has one single extra scholarship? It ain’t a pro contract we’re talking about, where you’re on the hook for guaranteed money or something. If he sucks you cut him. If he dies on the field you have insurance. What’s the downside? He’s fucking 7 feet tall and four hundred and forty five fucking pounds! Hand him the ball on the goal line and dare somebody to stop him.

You’re telling me there’s not ONE roster spot in the country for this behemoth?

Poor guy. You think it’s easy walking around California as a 7 foot tall 450 fucking pound teenager? All these hot skinny people with their tight bods and skimpy outfits and you’re this big ass jolly giant hitting your head on all the doorframes? Literally all he has is being some football star and he can’t even get a shot. Have a heart somebody. Give Krahn a chance.