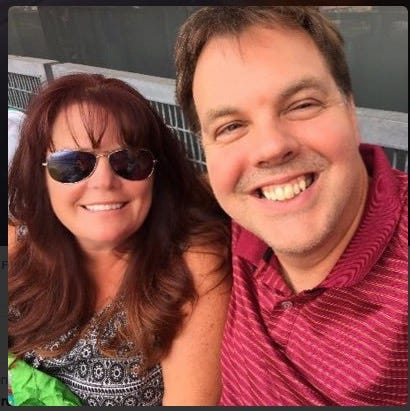 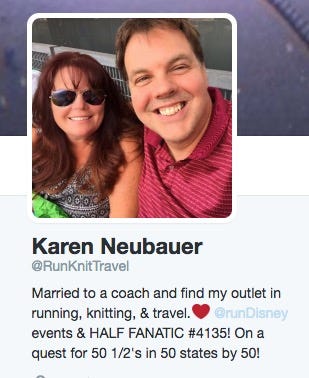 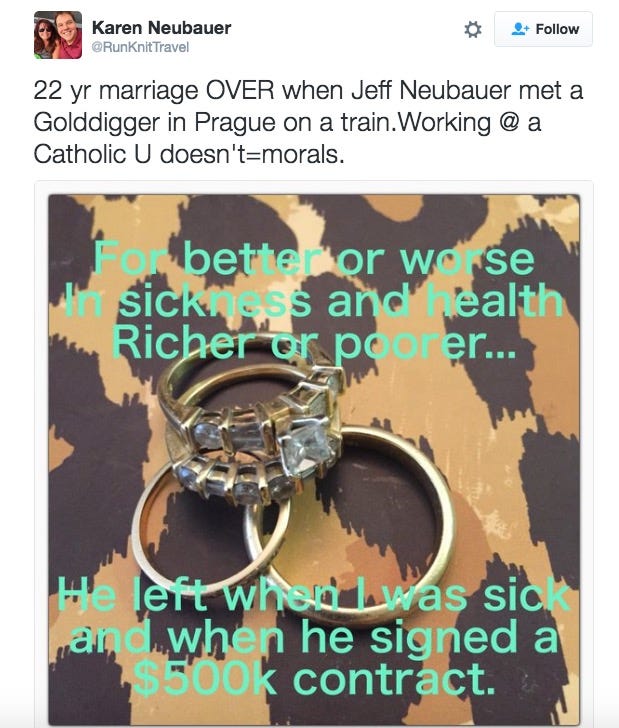 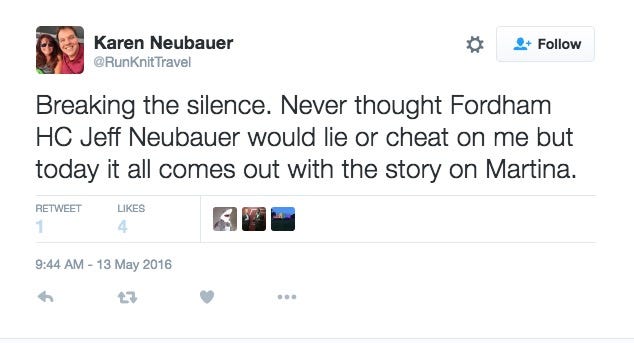 Poor Jeff Neubauer had things going pretty well for him for a while there…leading Fordham to a winning record, getting them to the CIT, their first postseason appearance since ’92, getting a nice little contract extension: 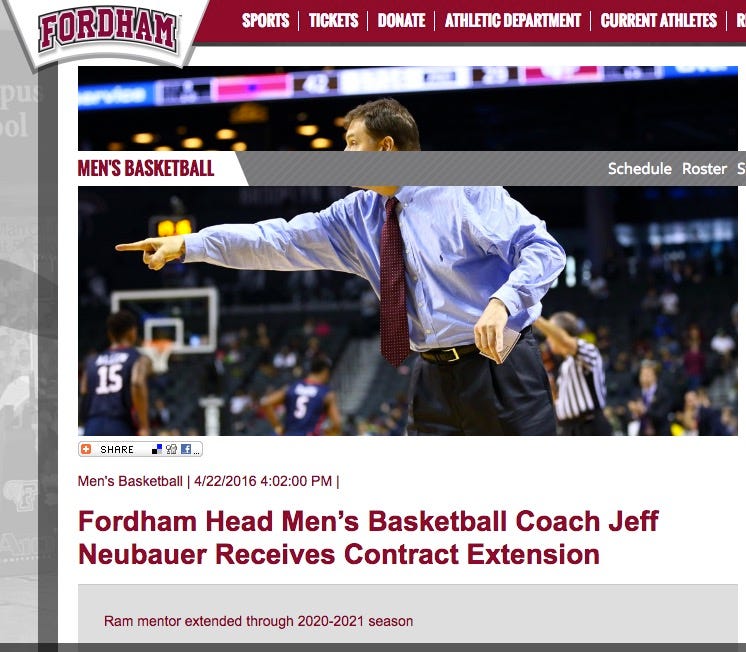 Unfortunately some people just aren’t meant to have nice things or be happy for too long. Enter – Neubauer’s wife, who is absolutely shitting on him on Twitter for being a cheater and breaking up their marriage etc etc. Quoting Justin Bieber lyrics right in his face. All because I guess he smashed a girl out on a train in Prague or something. Brutal.

And this isn’t new either. She’s been tweeting about his alleged infidelity as far back as March. 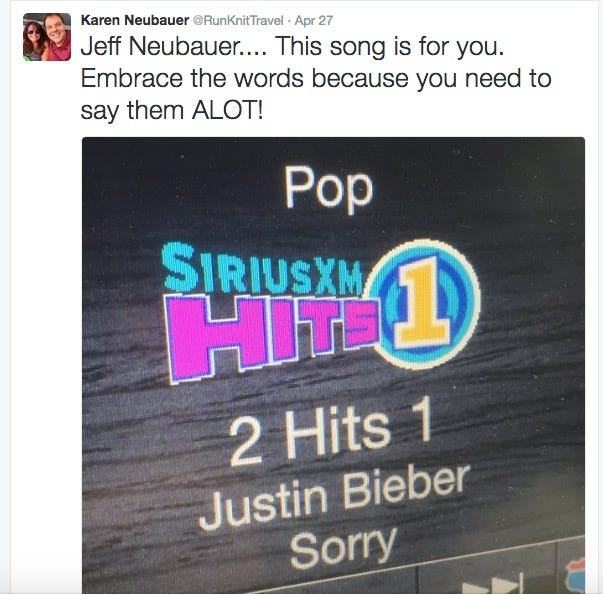 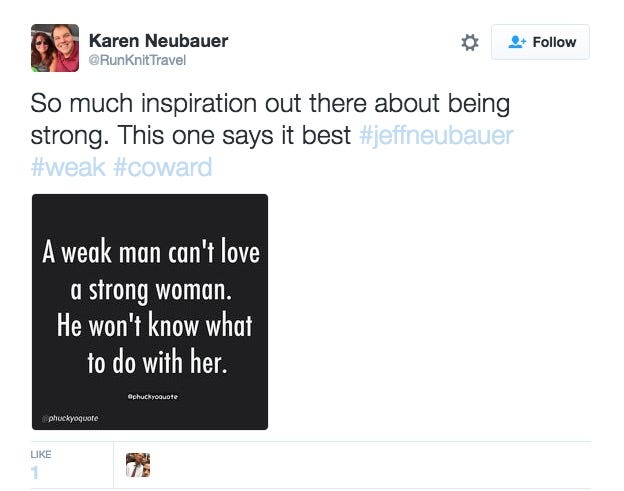 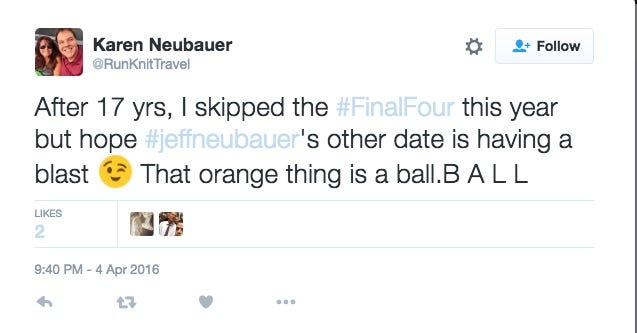 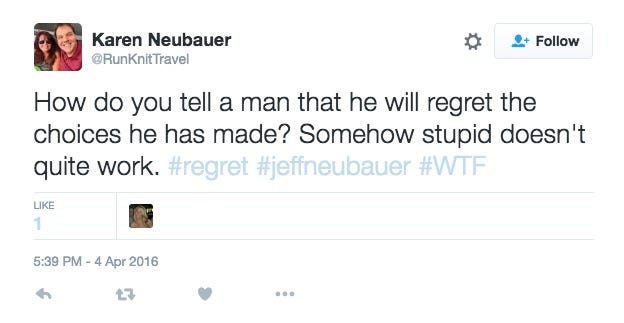 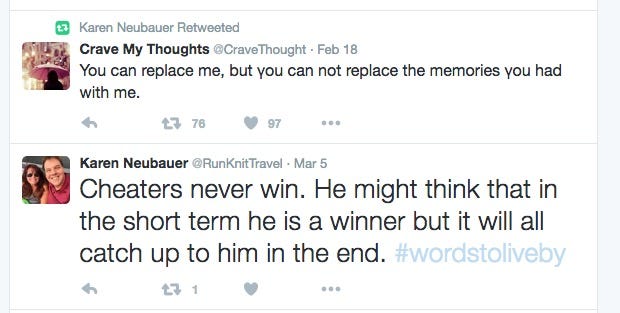 I was going to say I don’t know how this went unnoticed for so long, but then again, it’s Fordham basketball we’re talking about. Not exactly Kentucky or Duke. I’m a big college hoops fan but I’d be lying if I told you I knew the Fordham coach’s name, let alone knew what his wife was up to on Twitter.

Either way, I’m not a fan of cheating on your wife. Not a cool move by Neubauer here. I will say though that judging from her social media presence she’s a little bit of a psycho loose cannon so who knows, who knows what was going on behind the scenes there.