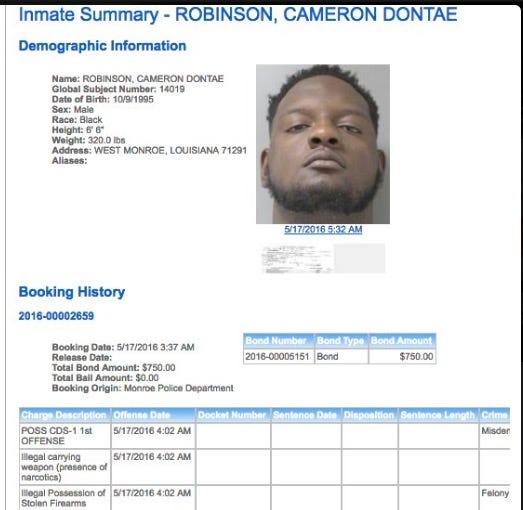 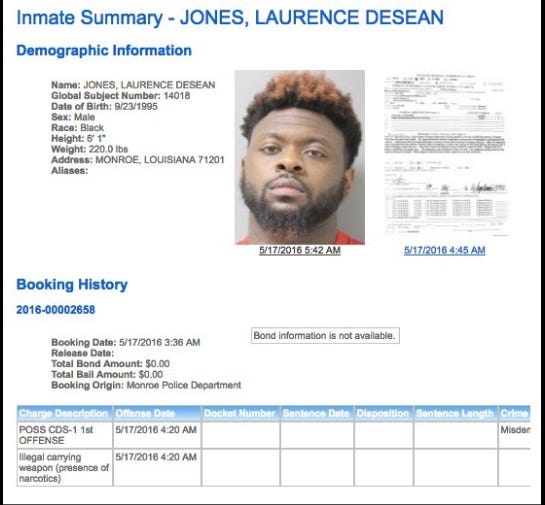 Robinson and defensive back Hootie Jones were both charged with possession of narcotics in their hometown of West Monroe. The charges were more serious for Robinson, a potential first-round draft pick next season.

Along with misdemeanor possession, Robinson was also charged with felony illegal possession of stolen firearms.

Incredible. Cam freaking Robinson putting himself in this situation is simply incredible:

The arrest occurred early Tuesday morning in a parking lot of a local park. According to the police report, officers pulled up to Robinson’s car ar 2:33 a.m. smelling marijuana.

When approaching the vehicle, officers spotted a handgun on the lap of the passenger. A bag of marijuana was also observed on the driver’s side floorboard. The stolen handgun was located under Robinson’s seat. Jones and Robinson were also charged with possessing a handgun in the presence of narcotics. The charges were filed at 4:02 a.m.

Someone please tell me why a star football player at the best football school on the planet with a surefire path to the NFL and millions upon millions of dollars needs to drive around with a fucking gun on his lap?

Five-star recruit, has started every game he’s played, the first true freshman to start for ‘Bama since Julio Jones, first round projected pick in the Draft if he leaves early. Riding around with weed and stolen guns at 2:30 AM. Allow me to sum it up the way Lane Kiffin would on Twitter: 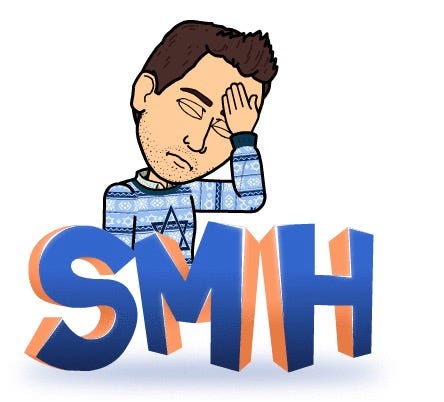