So Tiger held a press conference at Congressional today. Talked about how he still has no timetable for his return, that he’s not dead blah blah blah blah. Just your average press conference……up until they decided to take some chip shots at the green behind them. No big deal, right? About a 102 yards. Tiger can do that in his sleep, right? WRONG. He put three balls in a row in the water. One. Two Three. First one when straight into the drink. The next two got over but rolled down the hill into the water. Just brutal. Him mumbling, “Come on, Tiger” before the last shot might be the low part of his career. He couldn’t get it over the fucking water no matter how hard he tried. Not great guys!

Flip side with a touch of spin zone. He wants to keep the expectations low so he purposely hit those balls into the water. As the #1 Tiger Fan Boy in the world, this is the narrative I’ll be going with. That Tiger is so savvy.

A sad little kid bit about me. Before every Tiger press conference I get out this outfit just in case. Just in case we’re celebrating his return. Then I slowly put it back in my closet. 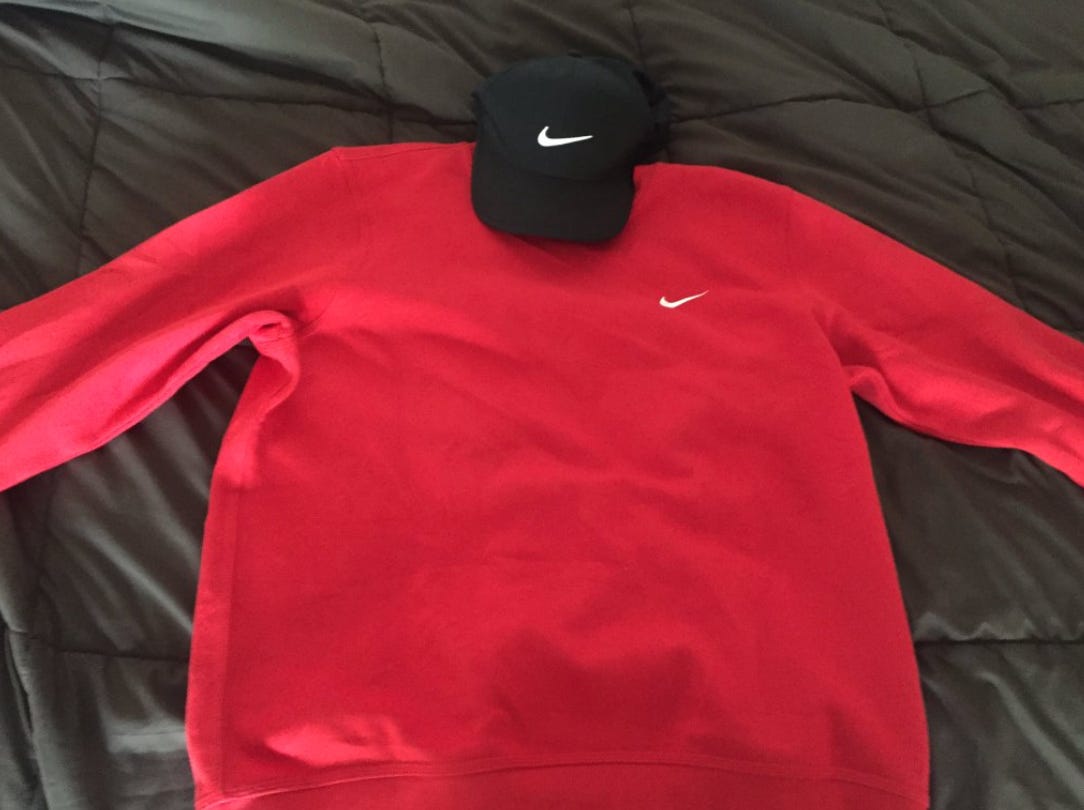