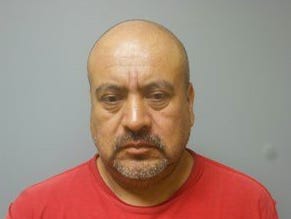 Arkansas - An Arkansas man who had 134 pounds of marijuana shipped from Mexico to his home in Jonesboro has been arrested, a spokesman for the police department said. Officers posing as delivery company employees arrested 52-year-old Alberto Gomez-Reyes of Jonesboro at 3 p.m. Thursday after he signed for the package containing marijuana and had officers place it in the back of his truck, spokesman Paul Holmes said. He was charged with possession of marijuana with intent to deliver and taken to the Craighead County jail, where he is being held on a $500,000 bond. The U.S. Department of Homeland Security notified the 2nd Judicial District’s Drug Task Force agents of Gomez-Reyes’ activities Wednesday after officials intercepted a package that had been shipped from Mexico to his address on Stone Street.

Life is so confusing these days. It’s impossible to know when you are or are not breaking the law. Alberto here was just trying to get his marijuana smoking on. Just trying to kick back and relax at the end of the day with 134 pounds of the good stuff. But noooo, apparently that’s “illegal” in Arkansas. Who can keep track of this stuff? It reminds me of when you want to park your car in the city but there are 3 signs on top of one another, all giving you a different message: 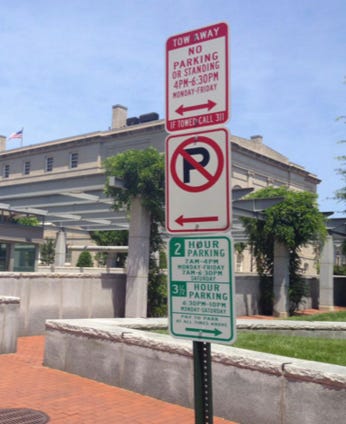 Can you park? Can you not park? Can you smoke weed there? Are you going to be towed? Will the cops arrest you? It’s all a jumbled mess. So I feel for this guy who was just trying to have 134 pounds of marijuana sent to his home from Mexico. Seems like he went on Mexican Amazon and had that shit shipped Prime. If FedEx was willing to deliver it, what’s the fuss about? So many rules and laws that contradict each other these days. In Colorado they’re skiing down slopes of weed, in Arkansas you get put behind bars. Something ain’t right.