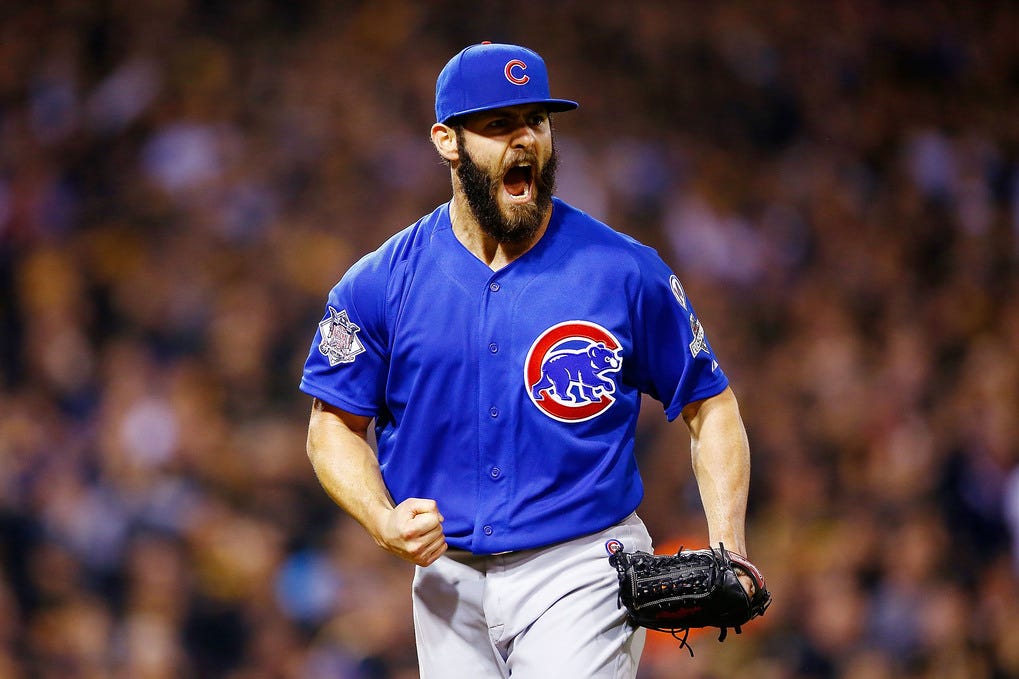 Author’s Note – I can use recommendations on where to get box scores and the like for blogs. This broken ass screen shot from ESPN isn’t cutting it. Suggestions to @barstoolcarl please and thank you.

The Cubs just annihilated the Pirates 8-2 on the back of same very fine pitching by none other than the Lord Savior Jake The Snake Arrieta. Here’s some observations from today’s game.

This video game is older than Addison Russell.