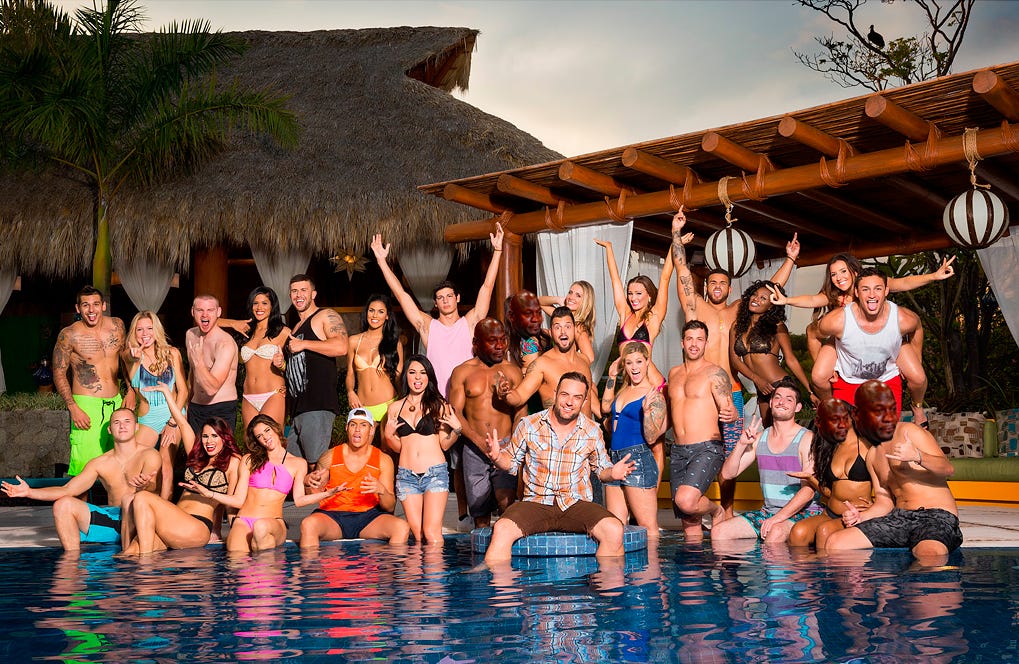 What happened last night was nothing short of a travesty. If MTV wanted to casually slip in that there was going to be a replacement team for Leroy and Averey, I would have been fine with it. Instead they teased us with commercials and did what they always do by using their editing voodoo to make us think that a team that people actually knew/cared about joined the cast. Nope, two Are You The One randos, with one of them being named Nelson. You cannot replace RoyLee, one of the coolest guys in the show’s history with a guy named NELSON.

I mean even though I knew it wasn’t going to happen, I started dreaming about CT coming back. Or Hurricane Nia. Or basically anyone outside of Are You The One cast members. You know it’s a bad casting choice when TJ has to explain who these people are to 90% of the people watching The Challenge, as well as half of the cast members in The Challenge. Rough look, MTV. Time to figure out which Jersey Shore cast members are bankrupt and get them onto the show or go with my idea of celebrity exes (like Richie Incognito).

Ashley continues to appear as the next great crazy girl in Challenge history while she puts together a Mike Trout-esque rookie season.

I’d say Jamie’s biggest mistake was hooking up with Ashley so early in the season despite her clearly being crazy, but letting his body morph into a blogger’s body is much more damaging to his health and earnings possibilities.

Next week it looks like we have a Nany meltdown, which just mayyyy come against Camila. However, this could be MTV editing trickeration again, as a Nany vs. Camila fight would have left the entire house in smoldering rubble. We also had about four people say they are #done with the show. Oh yeah, and it looks like TJ may verbally assault a quitter. Getcha popcorn ready (unless the MTV editors tricked us again).

And if you want to hear more about last night’s episode, we had Chief join us on the No Quitters podcast to talk about the season so far and if he would get a boner on the soapy pole.