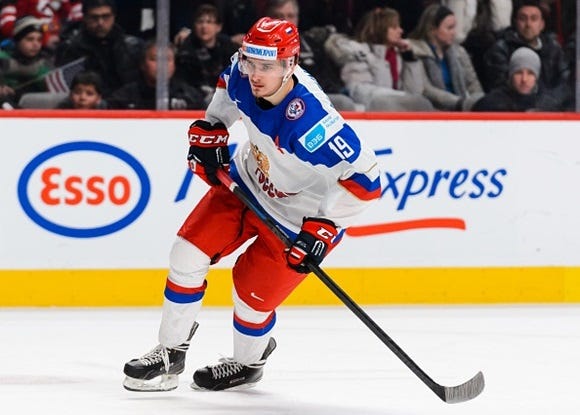 Despite all the future New York has parted with to bring in vets for Cup chases, the Rangers still have a couple key young pieces. Brady Skjei proved he’s ready to make an impact for years on the back end & now 21 year-old Pavel Buchnevich will officially be coming to Broadway looking to do the same up front. The two youngsters may have to duke it out when Buch arrives though to put this ruthless taunting session from 2014 to bed: 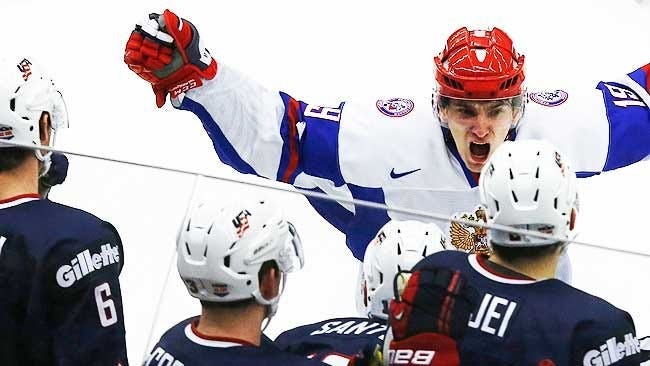 Make no mistake – Buchnevich wouldn’t have inked his entry-level deal & leave his KHL team that wanted to extend him if the Blueshirts didn’t promise him an NHL spot. He’s outwardly said he wants no part of the AHL. Buchnevich is no 4th-line type either, so the kid is gonna get every shot to jolt this offense in the top 9. He’s obviously got the talent to do so. Take a look at his KHL highlights video & you’ll see a player with good size (he’s gotta fill out still), hands & vision. Most of all though, he SHOOTS.

Plus he’s got a brashness about him that this squad can use. The Rangers have become very passive & vanilla. Their series against the Pens was like watching The Masters while every other series was an all-out war each game. Give me a kid who will celly right in an opponent’s face & spear a dude in the dick to bring the Blueshirts some attitude.

There’s still a lot to be done this off-season, but Rangers fans have a couple talented young kids locked & ready to help this franchise rebound from a lackluster 2015-16.