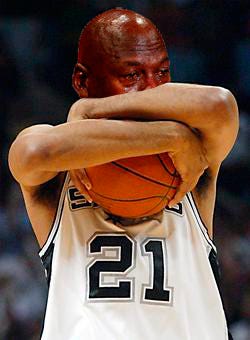 Last night, as the Spurs were bleeding out in front of our eyes, I saw a lotttt of tweets saying how Tim Duncan should not be slapped with the Crying Jordan. Not sure if it was because of his rings, his demeanor, or people were scared of what the internet was going to come up with since the Spurs were down big for almost the entire game. The worst part about getting blown out in an elimination game isn’t the hopelessness of watching your season die or realizing that everything you worked for over the last year was for naught. It’s because the hyenas on Twitter have more time to plot out their Crying Jordan Photoshops and get extra creative.

The best thing about the Crying Jordan is that nothing is safe from its wrath. Women and children have been branded by it. Same with Jesus, the Pope, world leaders, famous brands, logos, Hall of Fame athletes, innocent civilians, and sooooo much more. And I know moments worthy of a Crying Jordan as much as anybody on the planet. I root for the Knicks. People on the internet merely adopted the Crying Jordan face. I was born in it, molded by it. When I was young, the Knicks were by far my favorite sports team. I was exposed to moments that no sports fan should suffer through, let alone a young sports fan when sports means wayyyy too much because things like girls and alcohol hadn’t come into my life yet (alcohol came wayyyy before girls, btw). Because of this, I got to know true suffering early in life thanks to the Knicks, which would have led to a bunch of Hall of Fame Crying Jordan moments. Such as… 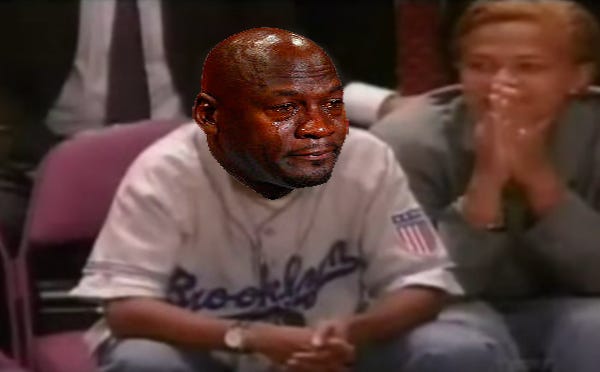 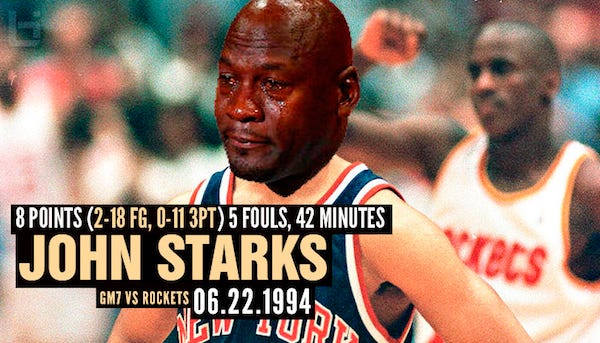 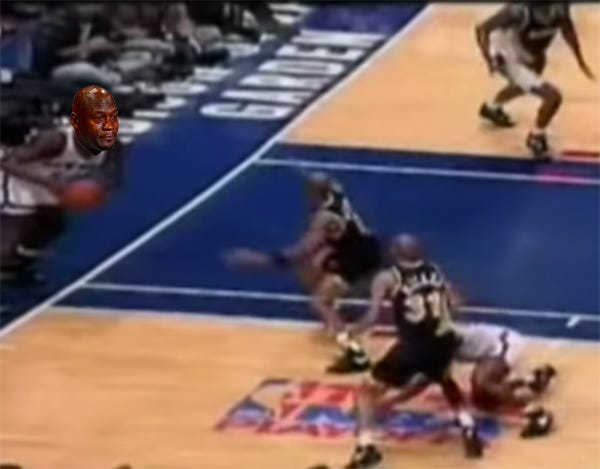 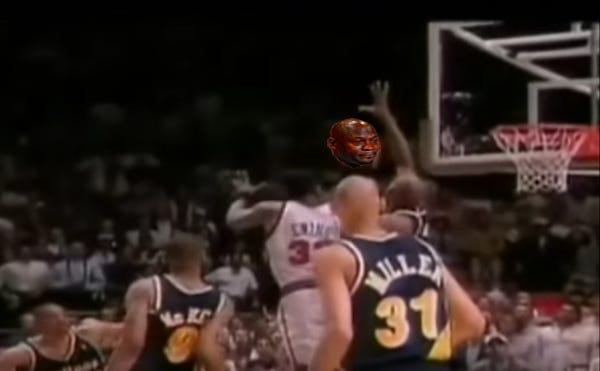 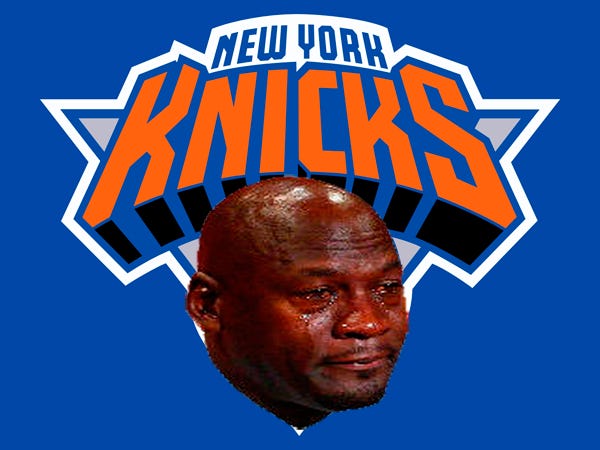 God that was brutal. Sorry to my fellow Knicks fans. 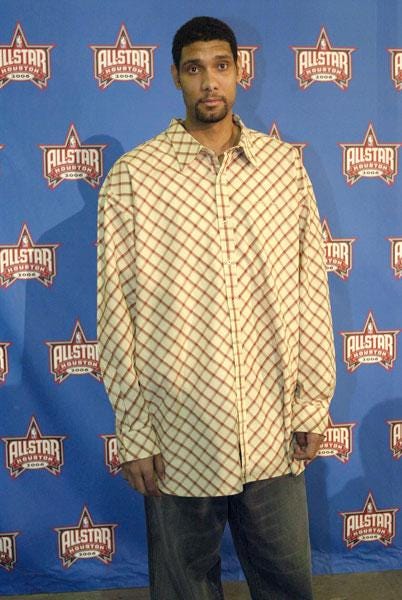 So just remember, if this is how you (potentially) finish your absolutely legendary career, you basically opened up Photoshop and copied/pasted MJ’s face on your torso for internet idiots like me.