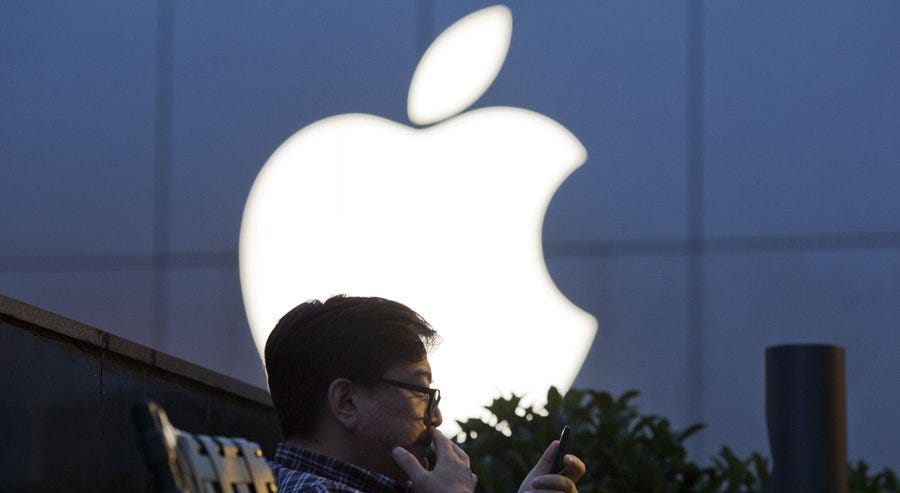 BBC — Apple has invested $1bn (£693m) in Didi Chuxing, the car-hailing app that has a greater market share than US rival Uber in China.

The firm said it provided more than 11 million rides a day and claimed to have 87% of the Chinese market share.

The company is also backed by Chinese internet giants Tencent and Alibaba.

Apple is officially rattled. Late last month, they reported that after years and years and years of fanboys driving iPhone sales and total revenue up, both declined. In Q2, they sold just 51.2 million iPhones! Down 16% from the 61 million a year before!

Oh, and their stock price line graph (I assume the only way to accurately analyze stocks?) over the last month does not look like what they teach you it’s supposed to look like: 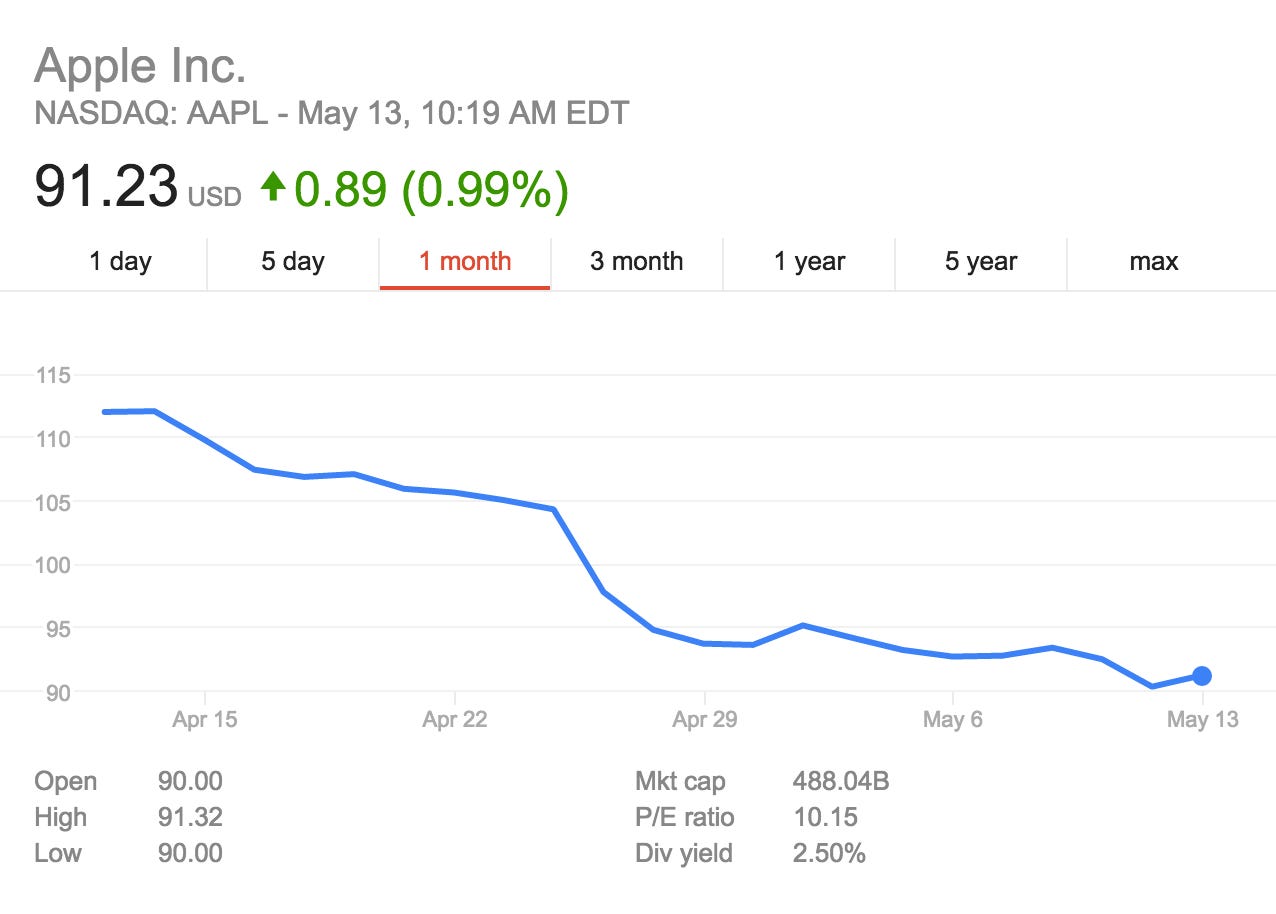 And Google took their belt:

Apple is R-A-T-T-L-E-D. All tech giants respond differently when they’re rattled. Some lash out at employees, bully them on their internet TV show or even write lengthly blogs about them.

And some say “Fuck you Uber, we’re comin’ for that ass”:

In February Uber admitted it was losing more than $1bn a year in China, spending huge sums to subsidise discounted rides.
…
Mr Cook said he saw many opportunities for Apple and Didi Chuxing to collaborate in the future.

A billion dollars might sound like a lot of money, because it is. But remember: Apple is essentially the most valuable company on the planet. Their DOWN quarter brought in over $50 billion in revenue. When they say they’re investing in Uber’s biggest rival in China (the biggest market on the planet, with over 1.35 billion people), they’re not fucking around. They downplay this to the press as “oh, this investment will simply ‘help us better understand the Chinese market.'”

Bullshit. They’re rattled. So the next mission isn’t adding a few inches (good luck, it’s tough) to the iPhone or releasing a new line of bitmojis. The mission is to better understand taking over the world. First destination? China. First victim? Uber.