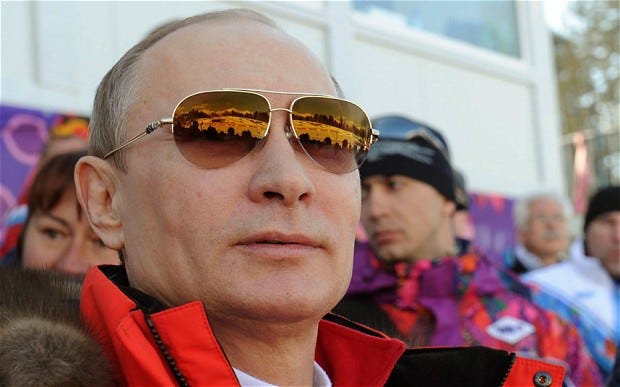 NY TIMES – Dozens of Russian athletes at the 2014 Winter Olympics in Sochi, including at least 15 medal winners, were part of a state-run doping program, meticulously planned for years to ensure dominance at the Games, according to the director of the country’s antidoping laboratory at the time.

The director, Grigory Rodchenkov, who ran the laboratory that handled testing for thousands of Olympians, said he developed a three-drug cocktail of banned substances that he mixed with liquor and provided to dozens of Russian athletes, helping to facilitate one of the most elaborate — and successful — doping ploys in sports history.

It involved some of Russia’s biggest stars of the Games, including 14 members of its cross-country ski team and two veteran bobsledders who won two golds.

In a dark-of-night operation, Russian antidoping experts and members of the intelligence service surreptitiously replaced urine samples tainted by performance-enhancing drugs with clean urine collected months earlier, somehow breaking into the supposedly tamper-proof bottles that are the standard at international competitions, Dr. Rodchenkov said. For hours each night, they worked in a shadow laboratory lit by a single lamp, passing bottles of urine through a hand-size hole in the wall, to be ready for testing the next day, he said.

By the end of the Games, Dr. Rodchenkov estimated, as many as 100 dirty urine samples were expunged.

None of the athletes were caught doping. More important, Russia won the most medals of the Games, easily surpassing its main rival, the United States, and undermining the integrity of one of the world’s most prestigious sporting events.

This NY Times report was circulating the internet yesterday,  but I don’t think it’s really caught as much traction as it probably should have. The reason for that being is that we’re just kind of numb to this kind of shit when it comes to Russia. They wouldn’t be Russia if they weren’t pumping needles into their ass and throwing back anabolic cocktails. We all saw Rocky IV, it’s just what they do. The thing about them though, is that they’re so mysterious that the rest of the world can’t quite seem to catch them red-handed. Here and there we’ll catch some of their athletes through drug testing, but never the exorbitant amount of Russian athletes that we expect to.

This feels different. This lengthy report (which takes about 20 minutes to read, but was well worth it imo) seems extremely credible. The picture this guy Rodchenkov paints is too elaborate for me not to believe it, and there are too many consistencies with other reports and findings by the World Anti-Doping Agency. It was a well thought out, elaborate scheme put on by Putin himself that took months and months of planning. This excerpt especially stands out in my mind:

After Sochi, Dr. Rodchenkov was awarded the prestigious Order of Friendship by President Vladimir V. Putin.

Six months ago, however, he had a dramatic change in fortune.

In November, the World Anti-Doping Agency identified Dr. Rodchenkov as the linchpin in what it described as an extensive state-sponsored doping program in Russia, accusing him of extorting money from athletes — the only accusation he denies — as well as covering up positive drug tests and destroying hundreds of urine samples.

After the report came out, Dr. Rodchenkov said, Russian officials forced him to resign. Fearing for his safety, he moved to Los Angeles, with the help of Mr. Fogel.

Back in Russia, two of Dr. Rodchenkov’s close colleagues died unexpectedly in February, within weeks of each other; both were former antidoping officials, one who resigned soon after Dr. Rodchenkov fled the country.

People don’t just drop dead in Russia unless they know something. Especially guys who were former anti-doping officials involved with the biggest sporting event in the country’s history. Which brings me to another point. Why in the fuck were the Russians trusted with a sporting event of this magnitude in the first place? How in the fuck do all these corrupt and unethical countries continue to get Olympic and World Cup bids. I get that it’s money and power and  shady handshake deals behind closed doors, but isn’t there anybody who can put a stop to it? This summer’s Olympics are in Brazil, and then the next 3 are in Asia. HOW?!?

It’s time for us to take back our Olympics. I know that there’s been a lot of research done about how much of a boondoggle hosting is for a city, but I can’t imagine there’s not a way for us to figure out an efficient way to do it. Maybe it’s a political #hottaek, but I find it ridiculous that we find all kinds of idiotic ways to waste citizens’ tax dollars, but we can’t find money to host the Olympics. It’s the world’s greatest sporting event. It should be hosted by the world’s greatest. The more we let the Koreas and Russias and Chinas of the world host, the more cheating and corruption we’re going to see. I spent way too many late night hours blogging Sochi for us to lose to a bunch of grimy Russians every 2 years. It’s time we take our Olympics back.

PS I’d be remiss not to share this little cocktail recipe right before beach season. You don’t have to thank me, but I’ll accept your gifts anyway.

After years of trial and error, he said, he developed a cocktail of three anabolic steroids — metenolone, trenbolone and oxandrolone — that he claims many top-level Russian athletes used leading up to the London Olympics in 2012 and throughout the Sochi Games. The drugs, Dr. Rodchenkov said, helped athletes recover quickly after grueling training regimens, allowing them to compete in top form over successive days. To speed up absorption of the steroids and shorten the detection window, he dissolved the drugs in alcohol — Chivas whiskey for men, Martini vermouth for women. Dr. Rodchenkov’s formula was precise: one milligram of the steroid mixture for every milliliter of alcohol. The athletes were instructed to swish the liquid around in their mouths, under the tongue, to absorb the drugs.