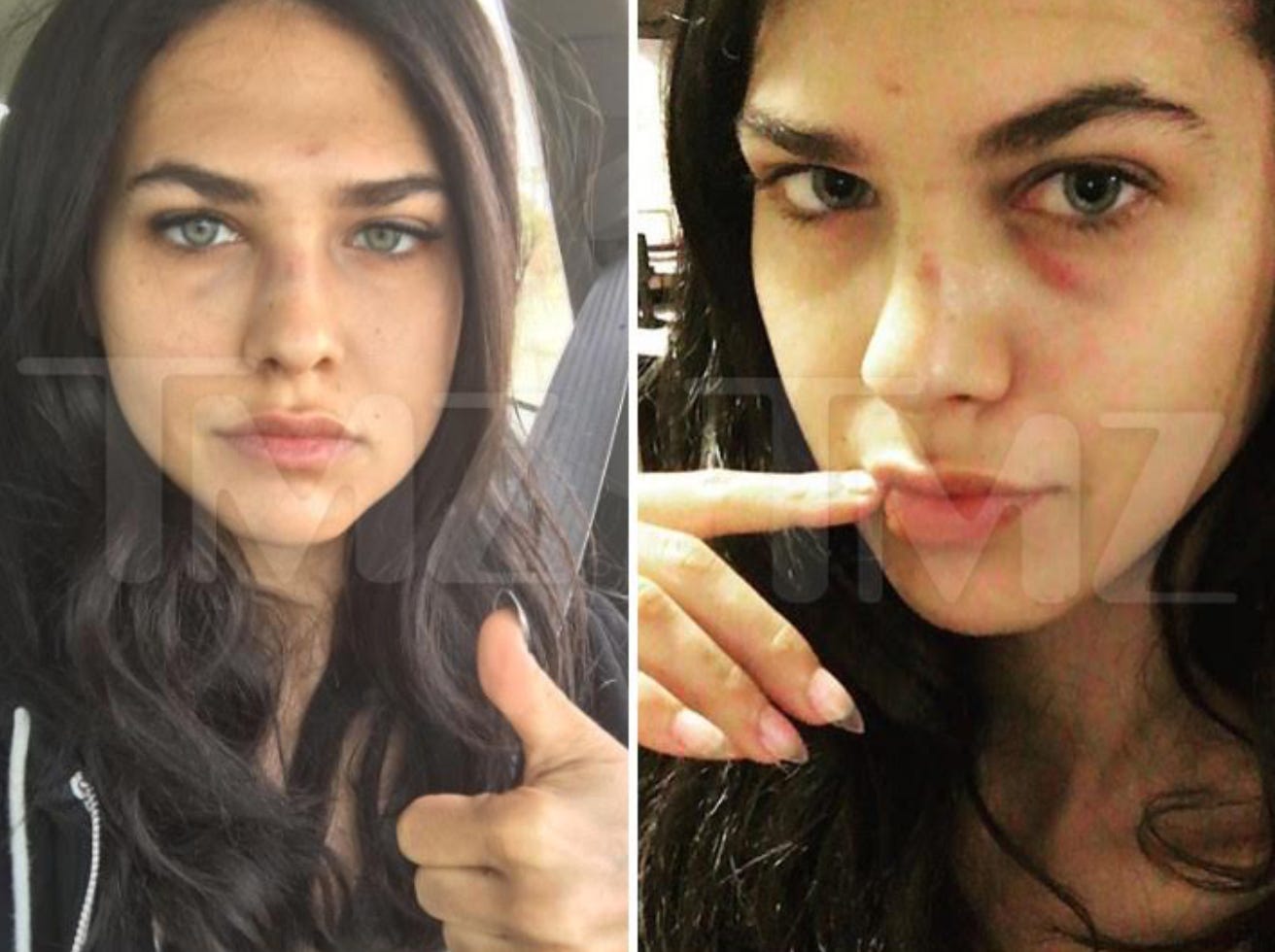 TMZ- Jess doesn’t think it was a piloting error … rather the drone rode a gust of wind directly into her face. She suffered a few scrapes and bruises, but still got checked out in the ER. Jess is handling it like a champ, saying … “If you’re gonna get hit in the face with a drone better at least be able to watch it and die laughing.”

Ok so that’s not nearly as bad as I thought it was gonna be. Not at all. I half expected her face to look like that scene in Poltergeist when the guy is tearing his own face off in the bathroom mirror. I’m not saying I’m disappointed but I’m a little disappointed. When you see any person get hit in the face with a drone you kind of want it to do some damage. Remember when Hank almost got his finger sliced off by a drone? How can Hank almost be a four-fingered guy for the rest of his but this model chick doesn’t even have a scratch? I suppose that’s just Hank life. Here’s another question. How many models would willingly get hit in the face with a drone so it goes viral and they get their name out there? I’d say it’s close to 97%. 97% of aspiring models would take a flying machine to the teeth if it’d up their chance of becoming famous by .02%. And I agree with that choice. It’s hard out there. Take every opportunity you can. That said, I don’t know the name of that model and never will.