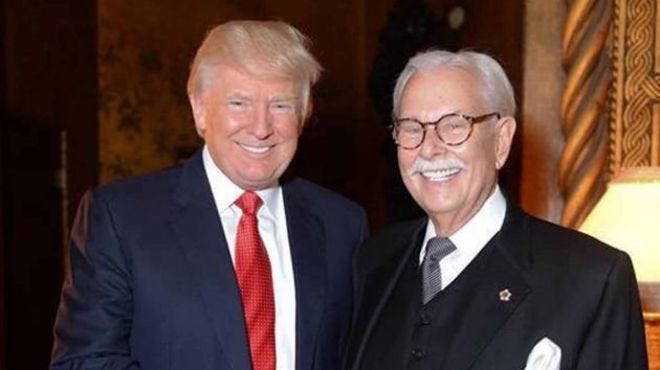 BBC — The US Secret Service has launched an investigation after Donald Trump’s former butler called for the death of President Barack Obama.

Anthony Senecal wrote in a Facebook post that Mr Obama “should have been taken out by our military and shot as an enemy agent in his first term”.

This has Donald’s finger prints all over it. No doubt he hit the butler up and said, “Hey, look, I’m swinging into general election Donald so saying the military should assassinate Obama is probably over the line, can you do it for me?”

And of course the butler doesn’t blink an eye. This is what butlers do. This is the moment butlers live for. For 30 years he shines shoes, he opens doors, he picks up wet towels, he kicks out Saturday night’s flavor of the week, he does anything and everything behind the scenes to keep the big dog going. Now he’s asked to do something in the public eye, something beyond the day-to-day chores, something that will help put the big man in the Oval Office. He’s THRILLED to do this.

Oh, and this is his normal FB game: 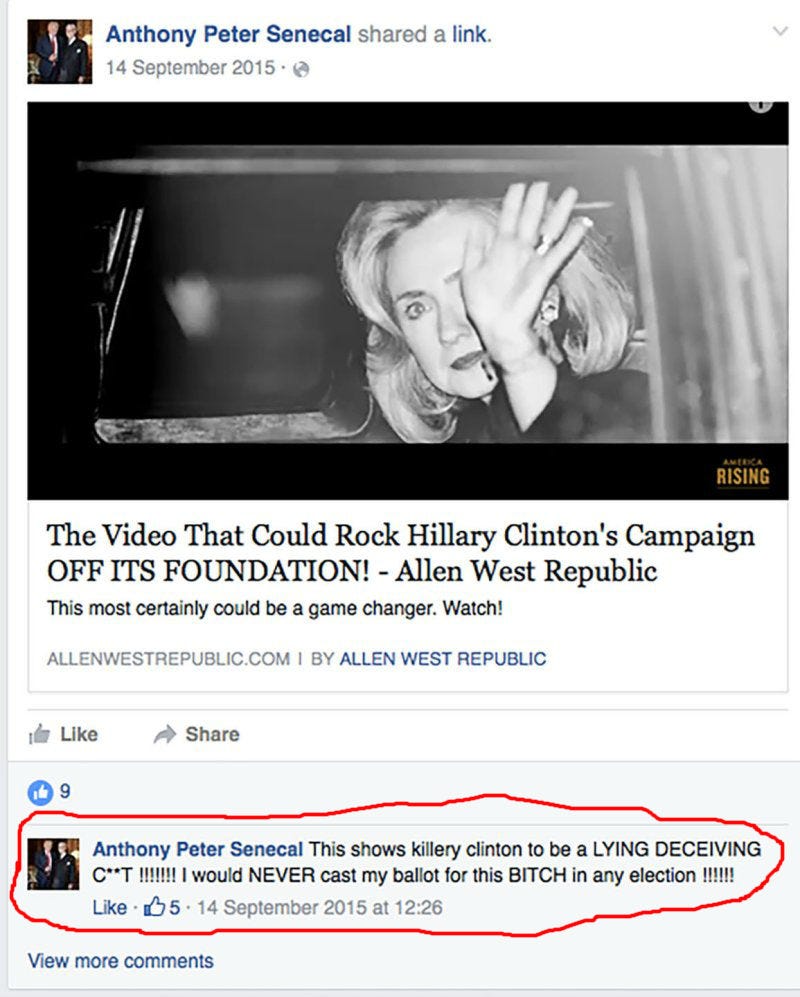 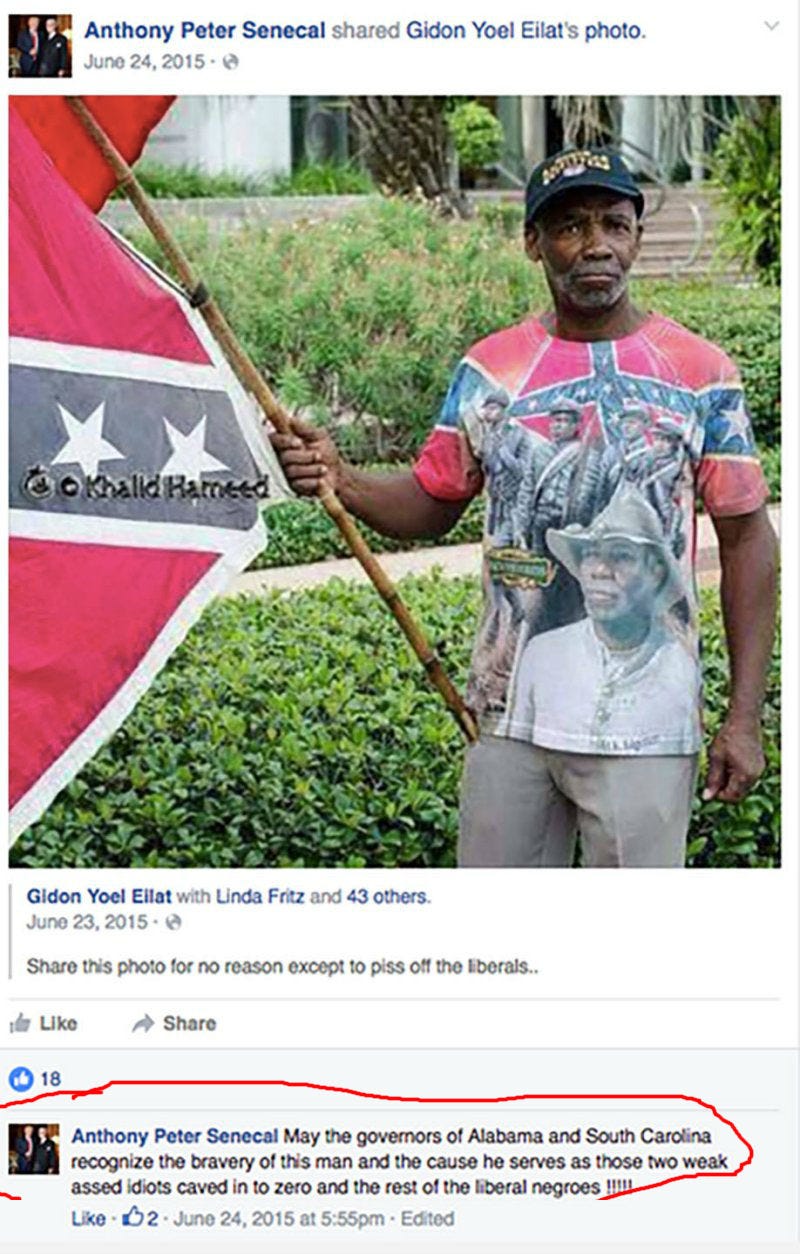 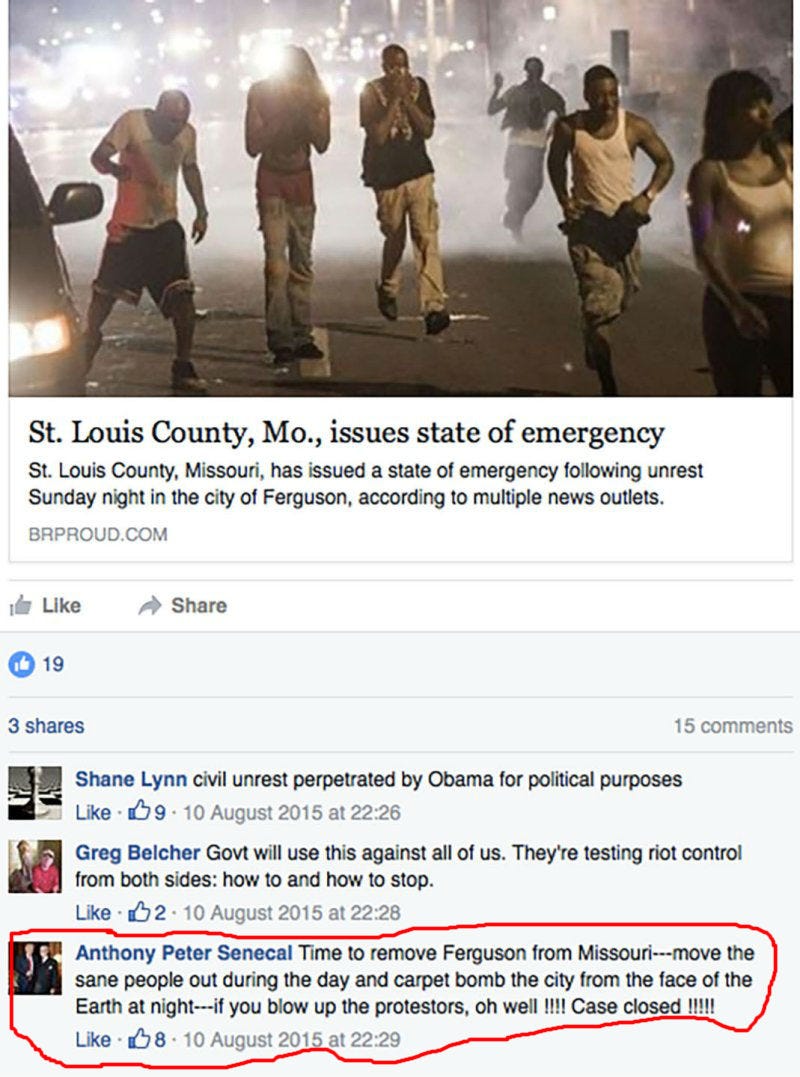 For the record, the Trump campaign distanced themselves from the butler:

“He is not employed by Mr Trump, and hasn’t been since June of 2009,” Trump campaign spokeswoman Hope Hicks said in a statement. “We strongly condemn these horrible comments from Mr Senecal.”

In March, The New York Times published a spotlight on Mr. Senecal. There are some INCREDIBLE lines that really give you a nice glimpse into real life with the Donald. Enjoy.