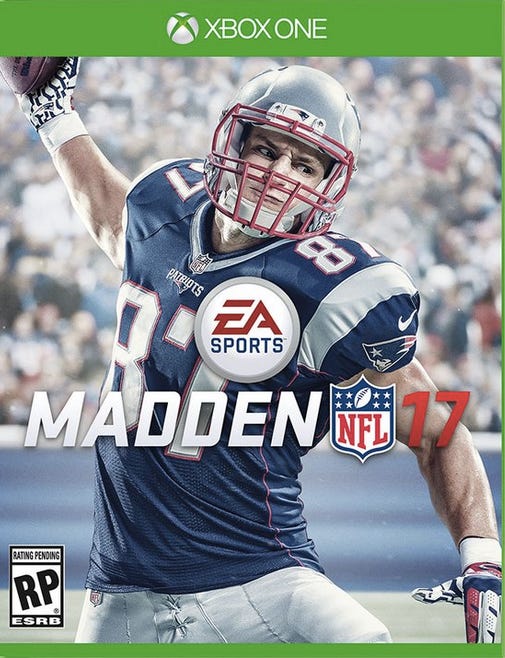 So it was just announced that Gronk is on the cover of Madden 17 and people are losing their minds about The Madden Curse. When was the last time that was relevant? I think Shaun Alexander in 2007? Shut up with this nonsense. The Madden Curse is as dead as The Curse of the Bambino. Madden itself sucks, to be honest. I bought that game two years ago and it’s downright impossible to play, I got my ass kicked by the computer in easy mode. But the idea of the curse sucks as well. It used to be if you were on the cover of Madden you get hurt and miss the year, now people are begging to hold onto this stupid idea so badly that they just find ridiculous shit. “OBJ was on the cover last year and he was a bitch in that game against Josh Norman,” that was an actual excuse someone gave me for its continued existence. Get the fuckkkkkkk out. The Madden Curse isn’t real. Curses aren’t real. Grow up, you superstitious little children.

Editors Note: I have a different take than Feits.  Gronk gets hurt 50% of the time.   Hopefully he stays healthy all season, but I’m not sure you can curse somebody who is injury prone to begin with.  We’re not talking about Cal Ripken’s consecutive game streak here.