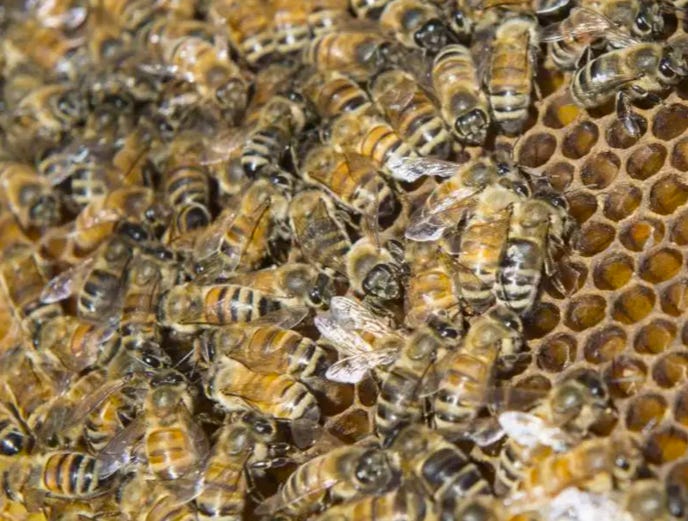 CBS - Two people have been arrested in connection with the theft of five million bees in Canada. The heist involved the taking of 180 hives, worth $200,000.

Luc Peters, an Ontario, Canada beekeeper called it a tragedy. “If it’s happening on this scale, I wouldn’t be surprised if there’s black market bees out there,” Peters said.

Bees are necessary for pollination, and it is key pollination season. “It’s becoming more of a thing that people can do because bees are becoming more valuable because of losses to pesticides, and diseases,” Peters said. The bees have not yet been found.

I feel like as a kid whenever I would go outside there would be bees buzzing everywhere. Playing in the backyard you’d have to always be on high alert for bees. You ever get stung? That shit is no joke. You had to go inside and put toothpaste on it and it hurt like a motherfucker. Now the world is a changed place. The bees are few and far between. To the point where we have a booming bee black market. Bees are being stolen and traded on the underground and deep web the way gold and meth are. This bee heist is extremely reminiscent of when Heisenberg, Jesse, and Todd siphoned methylamine out of the train. Almost identical. Wouldn’t be shocked if a kid on dirt bike was killed over these 5 million bees. But that’s the world we live in now. The two guys who stole them were arrested, but the 5 million bees are long gone. Some farm or flower bed is getting pollinated as fuck though right now. Honey for days. I guess now I need to get a bee guy? They’re the new hotness. You have your weed guy, your coke guy, and your bee guy. I need a bee guy.