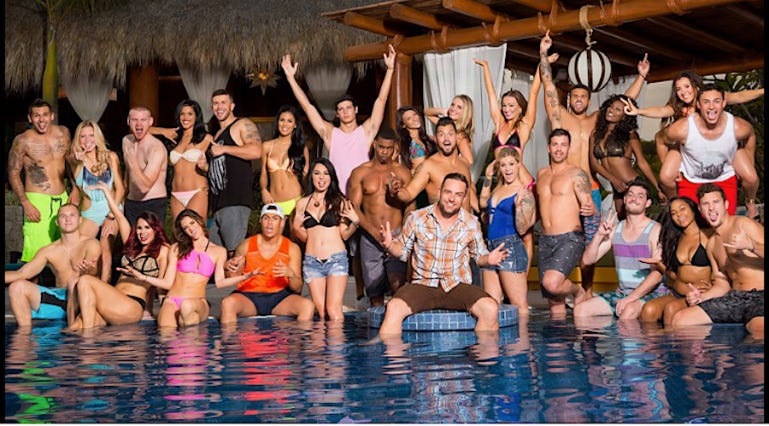 Shit, we didn’t even know what everything was and now it has all changed. Similar to other great television shows like Game of Thrones and Breaking Bad, last night’s episode of The Challenge was important even if it served as a bit of a filler episode that set up the rest of the season. Because the “Super Twist” is out of the bag, Jerry! More on that later.

Early on we learned that Bananas rubbing down Leroy with Icy Hot last episode (while mayyyybe slipping some into Leroy’s butthole) didn’t fix Roy Lee’s back injury, which led to him getting a huge needle in the back from a Mexican doctor. The good news is that the Mexican doctor’s shot didn’t mistakenly kill Leroy. The bad news is that for the second year in a row, Leroy has been sent home due to an injury on his team. I love the hell out of Leroy, but as Reags said:

Lots of promise and excitement early in his career, with nothing but disappointment and injuries as of late. Which of course led to:

And while I love Leroy, the part that really hurts about him going home is that there is no more Averey, which SUCKS for obvious reasons. 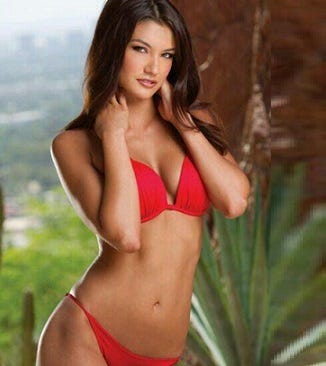 Jenna and Vince also got thrown for a curveball by learning that this season, the Power Couple will be sending two teams into elimination instead of one. This was our “This changes EVERYTHING” moment, complete with the cast members reacting like cavemen discovering fire. Cory’s “Super twist” was played roughly a quarter million times during a 60 minute episode, making Cory just as unlikable as always.

We were reminded that Nate is literally the worst cast member in the history of The Challenge after he cried because somebody called him fake. I hope he is the one T.J. says “Hope to see you never” to. Getting verbally slaughtered from the coolest guy on the planet leaves a scar that can never be healed.

Ts and Ps for everyone that had Camila or Nany in the “most tears shed” pool are now. Because this tatted up, dirt-stache having loser is basically a puddle of goo only two episodes in with no mental games being played against him. Oh yeah, and for the millionth time, FUCK “Are You The One”.

Dude is a flat-out animal. But I have to respect him. Because I honestly think he has a bigger sex and baby making drive than Antonio Cromartie. However, unfortunately for Tony, his target is a prude and kiiiind of a crazy person. Case in point, she has a notebook with her as she breaks up with her boyfriend on the phone (which, if we are being honest, could definitely have been a fake phone call with a dial tone at the other end of it just because it’s Jessica).

Which was also going on (through the magic of editing) as Tony was talking about shitting his pants despite not wearing pants before slipping in naked to Jessica’s bed. Yup, just wanted to put that in print and make sure it made no sense.

The elimination round was pretty damn boring, but the Next On looks promising, with replacements for Leroy and Averey arriving.

Now the thing about MTV is that they will concoct a “rivalry” out of anything to get the people they want on the show. Make up a Twitter beef, show video of a basic disagreement, or just say “These two didn’t like each other behind the scenes.” And I am fine with that, because I want good cast members on. I don’t give a shit about the rivalries. Here is my wish list for replacement cast members.

Guys:
1. CT- Duh
2. Abe- Duh
3. Derrick- Loved the wolverine. Always scrapping. Always fighting. Need Derrick back in my life ASAP.
4. Alton- I know this will never happen, but that dude was so great in his prime when his mind was right.
5. Mark- Bring that old, wayyy too sculpted bag of muscle back!

*Evan and Kenny are apparently still person non-grata or else they would be at the top of the list with CT.

Girls:
1. Cara Maria- Just so her and Abe share a house with Thomas and Thomas gets gutted on TV.
2. Coral- So a new generation can enjoy the former baddest bitch of The Challenge.
3. Laurel- Pros: Is a great competitor. Cons: Is the meanest bitch in the world when drunk.
4. Paula- I admittedly used to hate Paula, but she always brought a familiar brand of chaos to the house and was always good for the most random hook up of the season.
5. Jenn- Underratedly great crazy chick that was a decent competitor. Oh yeah, and now she’s a fucking BODYBUILDER. Did not see that coming.

SPOILER ALERT: A bunch of people have been tweeting at me that the replacement couple will be from Are You The One. If that happens, MTV is on the thinnest of ice with my fat ass. I like where this season is headed, but I do NOT need to see any more of those losers.

Shout out to our boy T.J. Lavin for repping the Stool on Snapchat today.

Bravo to Bananas for giving Wes a Twitter wedgie for shits and giggles. 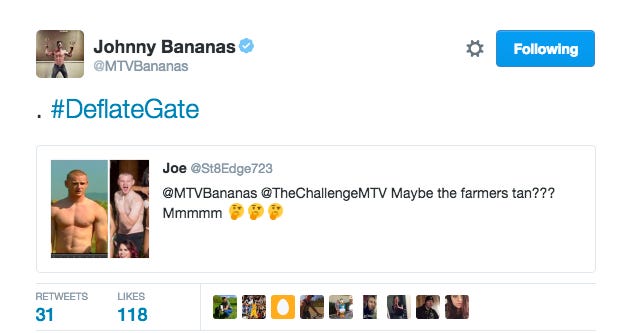 And h/t to our boy @CaptainCons for creeping on Nicole’s snapchat and screenshotting the fliers that featured her at the strip club she works at.
(Insert eyes emoji here) 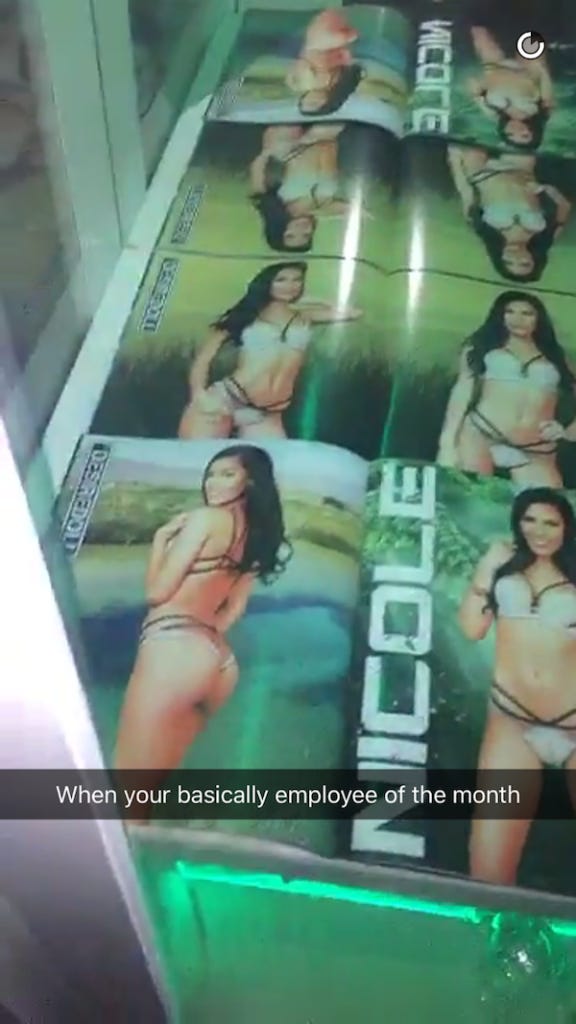 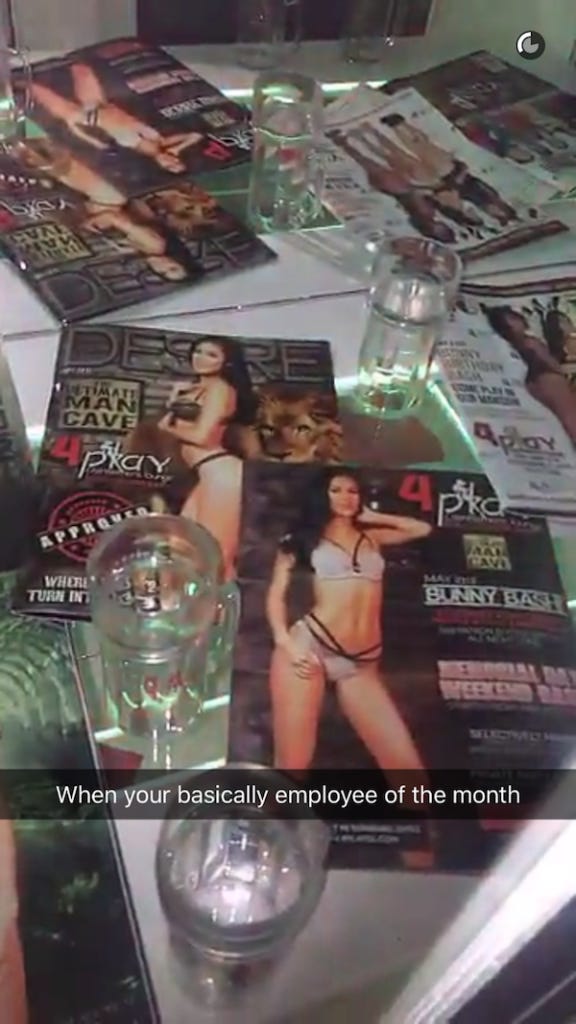 If you want more Challenge #content, myself, JJ, and Connor discussed this stuff and more, if you want to hear 30-something idiots talk about 20-something idiots, follow the podcast on Twitter, subscribe on iTunes, and/or listen below: