I’ve never done whippits and I feel like I’m well passed the age of it being socially acceptable to think trying them is a good idea. BUT if I were going to buy into any sort of nitrous-based sales pitch, it’s this guy’s. I mean compare the video above where this guy is having a blast and treating his truck like a jungle gym to this old famous whippits video from the old A&E show Intervention:

Now that seems like a crippling mental disability. But this kid? Just having a ball, loving life, and making the sales pitch that it’s better than Xanax for a much lower price. If this kid weren’t going to end up dead or in jail in the next few years, he’d make a hell of a salesman. Clients might eventually get turned off when he starts mounting a conference table or his cerebellum leaks out through his nose but the raw skills are definitely there.

Also for a dude who’s destroying his brain with the world’s white trashiest drug AND apparently dabbles in meth too, he’s way more handsome than I’d expect given the circumstance: 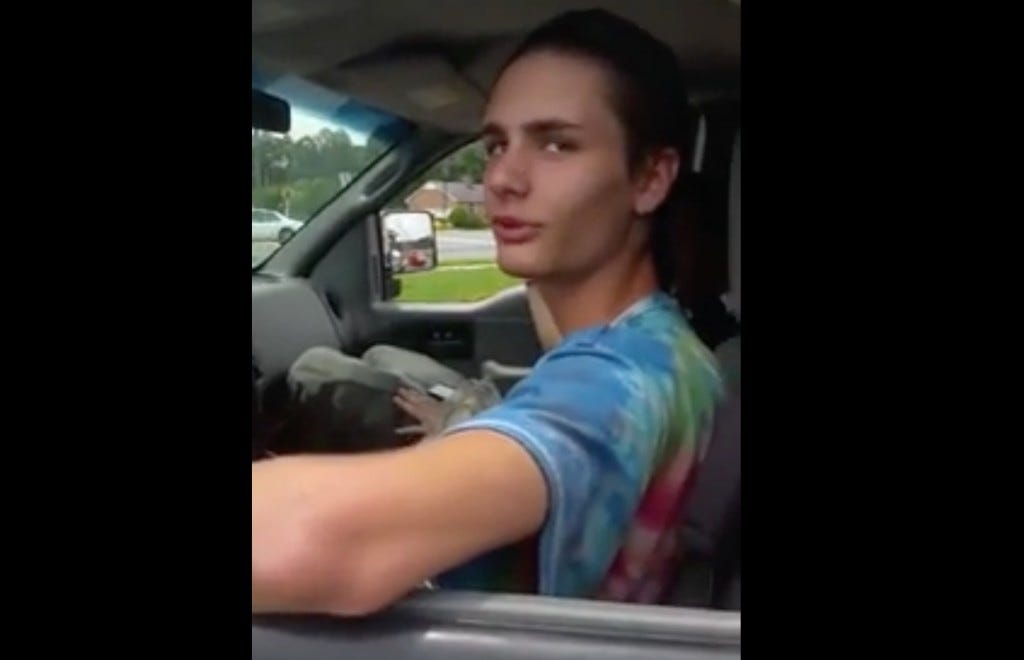 Because of his likely incoming drug addiction I’m sure it won’t last but for now get this kid a spot on People Magazine’s 50 Most Beautiful People Doing Whippits special issue while he still can. If that sexy felon dude could get a modeling career out of this I see no reason a kid who makes hilarious whippet-themed videos can’t. He should at least be a Vine star.