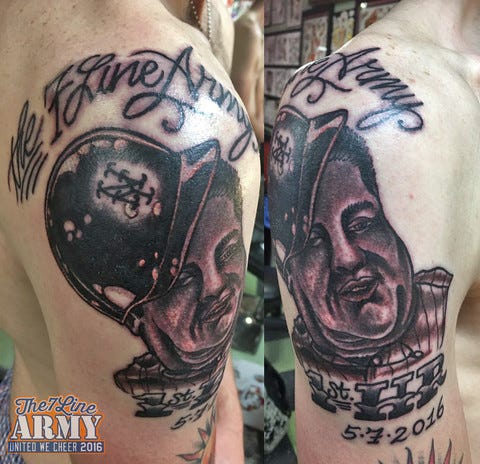 The 7 Line – There are few things in the world less important than a mans word. In this case, a statement was made at the beginning of the season, and it came true. Matt Sassi said to his buddy, Anthony Triola: “If Bartolo Colon hits a home run this year, I’ll get a commemorative tattoo”. Before the game on Saturday I met them in McFadden’s and they told me about this bet. You’d think, ok… that’s not happening. Right? WRONG!  Coolest part of the bet was that they were both there to witness the feat in person. Matt is a Middletown, NY native that moved to San Diego. What were the odds that Bart would be on the hill the day of our invasion? What are the odds he’d go yard? Slim to damn near impossible.  Matt could have chickened out and not gotten it at all, or gotten something small that could easily have been hidden. Instead he went balls to the freakin’ wall with pretty much a half sleeve. Tossed THE 7 LINE ARMY on there for good measure and added the date of Bart’s now famous swing.  You manned up, Matt. Bravo.

I’ve always said that one of the main reasons I dont have any tats is because I dont have anything thats near and dear enough to get it permanently inked on me. But now that I see this guy with Tolo tatt’d on him I think I’m a little jealous. I dont think I even would have needed the home run to make Bartolo tattoo worthy. Seeing this Mona Lisa sized homage to Tolo has me thinking about getting some Big Sexy ink. I think I’d make sure my tattoo looked a little more like Bartolo Colon and a little less like the Notorious BIG, but I’d be lying if I said there’s not a big part of me that wants a hefty 43 year old Dominican man tattooed on my body.

Now I just gotta fix my atrocious skinny fat body to give Bartolo the canvas he deserves.

If you want something a little less permanent, maybe just get yourself a t shirt: 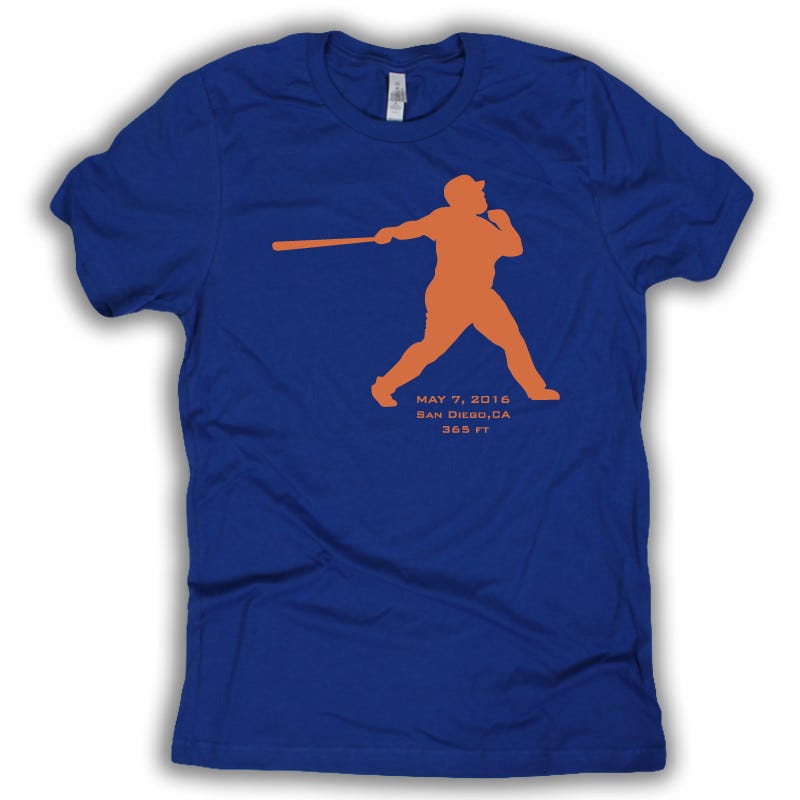 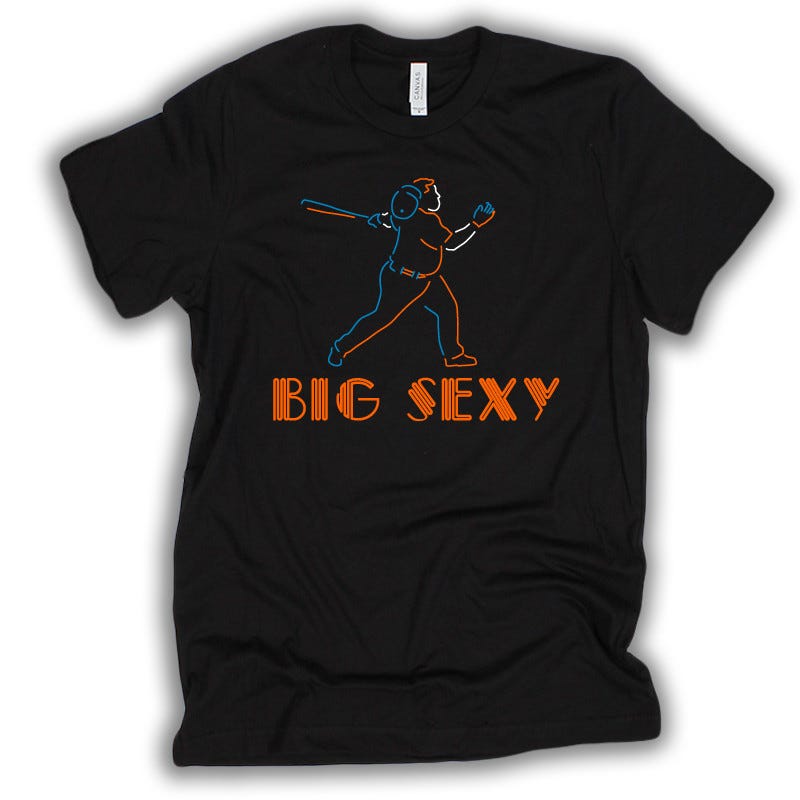