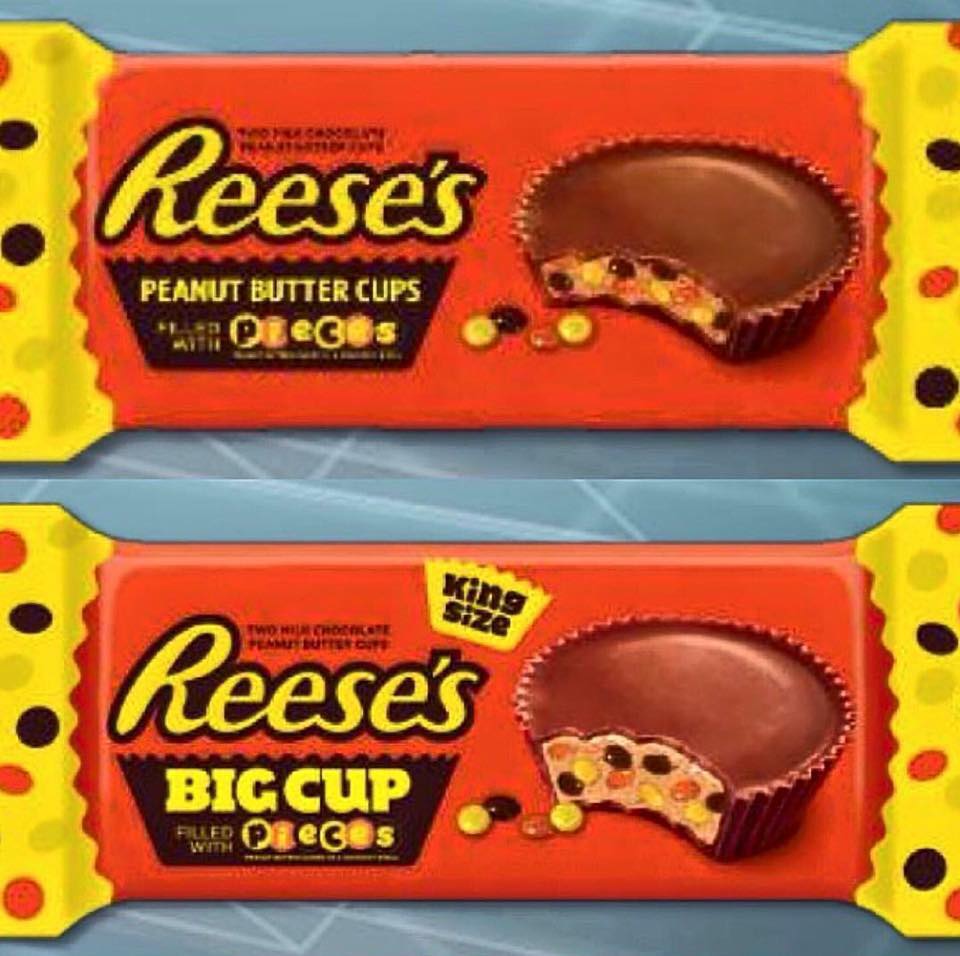 Penn Live- If it’s true, a combination Reese’s Pieces stuffed peanut butter cup could be the stuff of dreams for many fans of the Reese’s brand candies. The Hershey Company has yet to release any details on the combination candy, but has dropped several hints on social media with the hashtag #Cupfusion. A spokeswoman for Hershey’s neither denied or confirmed the mashup, only saying via email, “Looks like you’ve heard about the #Cupfusion.” The excitement started when a blurry photo of the product was leaked April 28 on Facebook by Marlena Courchain with “What a time to be alive… Coming out in July (so I hear).” The reaction exploded on Facebook and Twitter.

I don’t want to overreact to these rumors, so I will say this. If we get a Reese’s Peanut Butter Cup stuffed with Reese’s Pieces, it will be the biggest culinary story of 2016. Bigger than Ecto Cooler’s comeback. Bigger than Budweiser changing its name to America. Bigger than a McDonald’s serving all-you-can-eat fries. And the craziest thing is that this has never crossed my fat brain. It almost makes too much sense, like how Marvel has made all these superhero movies and then combined the heroes into an Avengers or Captain America film.

Reese’s Pieces are the one candy that could work inside of another candy because they have that perfect texture to them. Not too hard but not too soft, which already made them the most dangerous binge candy in the game. They are the orange Tic Tac for real deal candy. Reese’s Pieces have always been overshadowed by their bigger, better brother. Now they will get the respect they deserve by forming the greatest tag team since the Rock N Sock Connection. All I ask is that this isn’t some giant cock tease from Hershey’s and it happens sooner rather than later.

Quick side story:
When I was young, my parents took myself and my siblings to Hershey’s Park. They said that our hotel had bowls of Reese’s, Kisses, etc. and you could just load your pockets up with all the candy your heart desired. A pseudo Willie Wonka factory as a hotel. Obviously this was wrong information and once I found out, it basically became the worst day of my life. Pretty sure I’ve been making up for that moment of disappointment by binge snacking ever since.