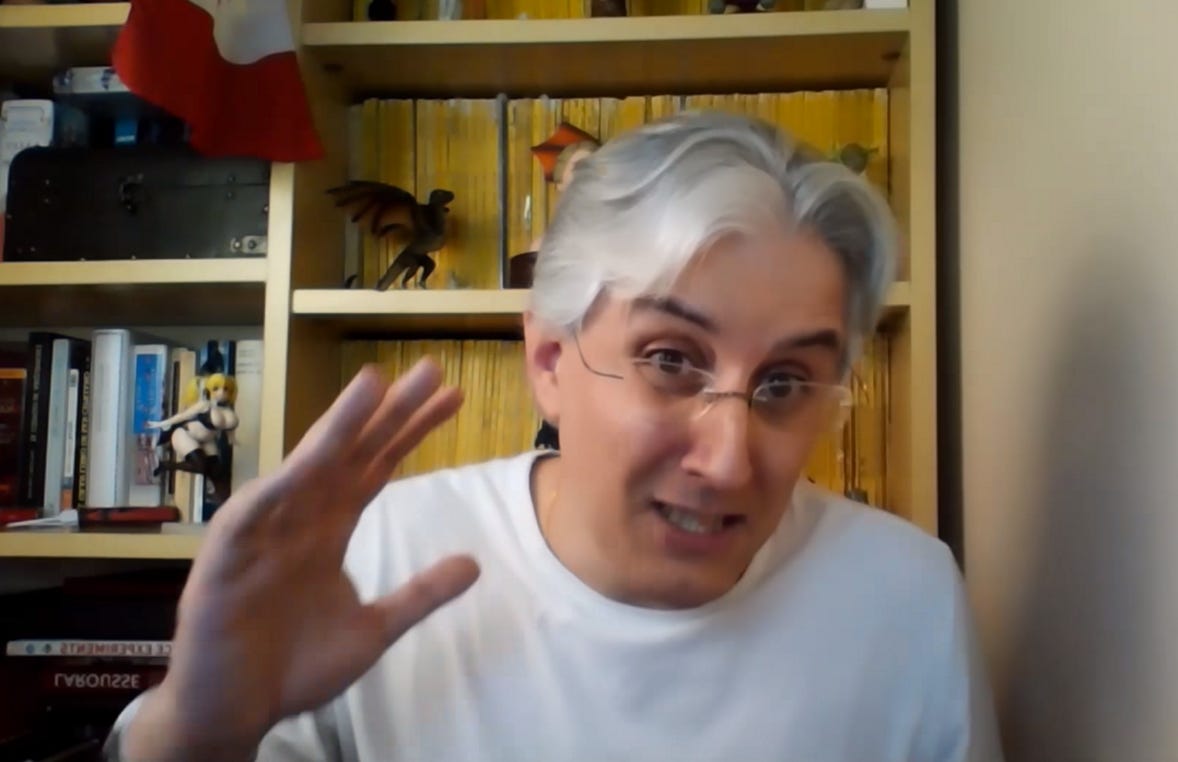 (NEWSER) – Prison is coming (perhaps) for a guy who has been spilling spoilers for upcoming Game of Thrones episodes, US News reports. The man, who IDed himself in anEnglish-speaking YouTube video as 43-year-old Jose Senaris from Spain, says he’s a digestive surgeon who also writes for a well-known Spanish TV show. He’s been making “predictions” about HBO’s hit show and sharing them online, mostly in Spanish, on hisYouTube channel, after which they’re translated into English and set free on Reddit. The problem is, his supposed prognostications are really leaks from an unnamed source, he recently confessed on Reddit, a revelation that may burn him more quickly than Drogon’s morning breath. “The truth is I never know when I will receive the info,” the man also known as the “Spanish Spoiler” wrote on the site last week. “I just find it in my email when the source is … able or wants to send it, so I’m as nervous as everyone else.” HBO Senior VP Jeff Cusson tells US News only “a very small group” of folks, includingPresident Obama, got advance copies of the current sixth season (no press received copies due to piracy problems linked to previous seasons of the show.) “HBO aggressively protects its programming, but we find it counterproductive to publicly discuss specific anti-theft tactics,” a tight-lipped statement from Cusson reads. Some say, per the Digital Millennium Copyright Act, that HBO doesn’t have the right to stifle the spoilers and force YouTube to take his videos down (which they’ve done before, though the videos appear to be back up as of this publication), mainly because he’s simply speaking, not showing actual clips—which may make the case harder to prosecute under copyright law. But a UNC Law School professor tells US News that “if he’s giving away detailed plot information, he definitely faces the possibility of being liable for criminal copyright infringement, no question.” (Tech Insiderexplains the backstory of the Redditors fighting to keep the spoilers out in the open.)

Complaining about spoilers has become so annoying that now I’m pro-spoiler. I’ve come out the other side and just want to watch the world burn. I wish everyone who lacks the ability to stay off the internet before watching their favorite TV show – or the maturity to understand that if you cant, you’re going to see spoilers – would get spoiled every goddam night. This dude? The Spanish Spoiler? Love him. I wish it was me. I wish I had the nickname The Spanish Spoiler. I wish I had a direct line to Game of Thrones secrets. Id do the exact same thing. I’d be nailing predictions left and right. I’d be tweeting whatever I want about Thrones. I would love to be in this guy’s operation. KFC and the Spanish Spoiler. How do they do it! How do they know everything thats going to happen! You need a sidekick, man? I know how to make podcasts and shit. I’ll set you up with one. The Spanish Spoiler needs to be heard.

Bottom line is getting a prediction right on the internet or seeing a tweet go viral right after a big moment on a TV show are like the top two feelings you can achieve in the year 2016. That exhilarating feeling far outweigh how upset you are that you heard Jon Snow was coming back before the episode started. I dont care about strangers and their TV schedule.

So keep doing you, Spanish Spoiler. Best part is that technically this dude isnt really “spoiling” anything. He just claims to be making predictions that are 100% correct because he knows them for a fact. HBO cant stop someone from just speaking things out loud. He’s like a mafia don. Everyone knows what he’s doing but they cant actually pin any crime on him. Spoil you magnificent Spaniard! Spoil!