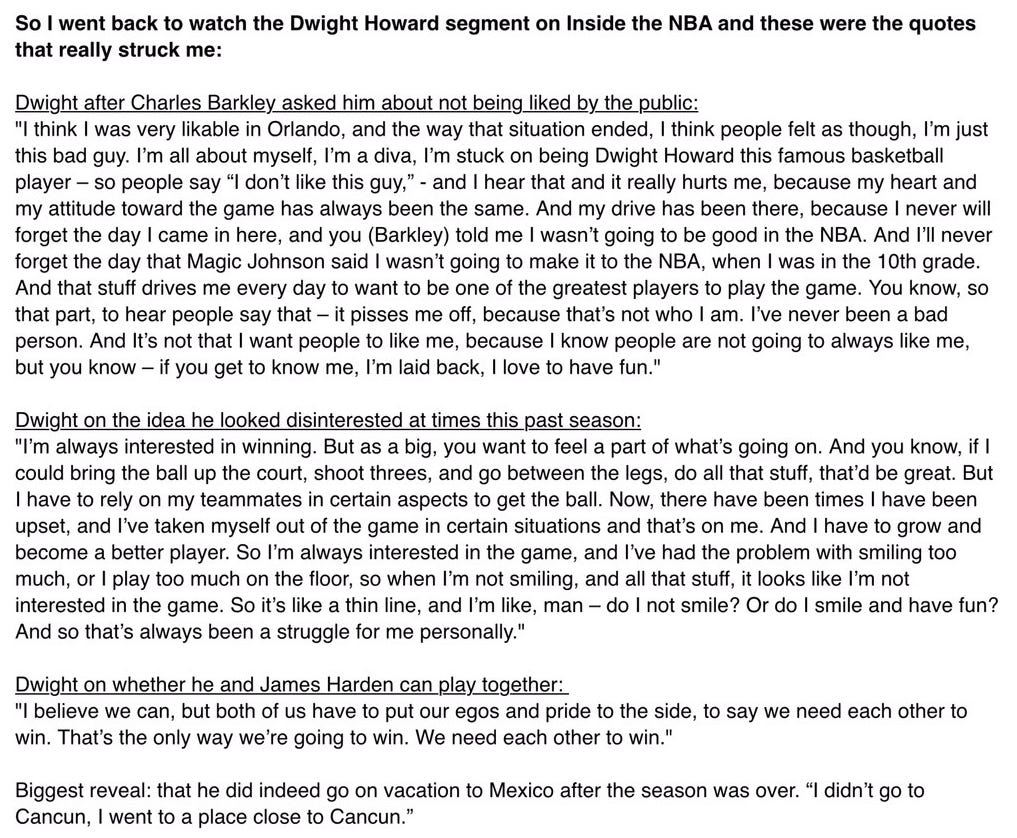 Nice try, Dwight! You almost got me to feel bad for you for a second there with that rambling where you didn’t really say anything but it felt like you were addressing your haters. But I’m sorry, I just don’t buy it. It just feels too contrived and staged. Dwight’s agent knows that Dwight is toxic, he knows a team that takes him on this summer will have to be completely sold on Dwight the person more than Dwight the basketball player. So he conjures up this appearance on Inside the NBA, has Charles ask him a “tough” question and coaches Dwight to sort of answer but never really answer it and make everyone think momentarily, hey Dwight’s not a bad guy. Not buying it. Too much history in Orlando, Los Angeles, and Houston. I stand by my previous statement, if the Bulls sign Dwight this offseason I’m quitting being a Bulls fan until he’s off the team. I can’t root for a guy like this, I just can’t. He was fake in Orlando, he was fake in LA, he was grumpy in LA, and now he’s been grumpy and toxic non stop in Houston. No thanks. And that’s all before we get to the part where he’s a big man who is about to be 31 and has been in the NBA for over 12 years.

PS
I will say the part where Dwight said people got on him for smiling and then got on him for not smiling was real. That I sort of sympathize with. That you can never fully win with the fans. But there is a middle ground, it’s not all or nothing, Dwight has just never really found that spot.