That’s the look that sums it all up. If you went to bed at a normal time like most of the world (myself included) you missed Steph Curry scoring 17 points in Overtime. SEVENTEEN in 5 minutes. He outscored the entire Blazers team after coming off a 2 week absence for his sprained knee. And it is all summed up in that single look from Paul Allen. This one. 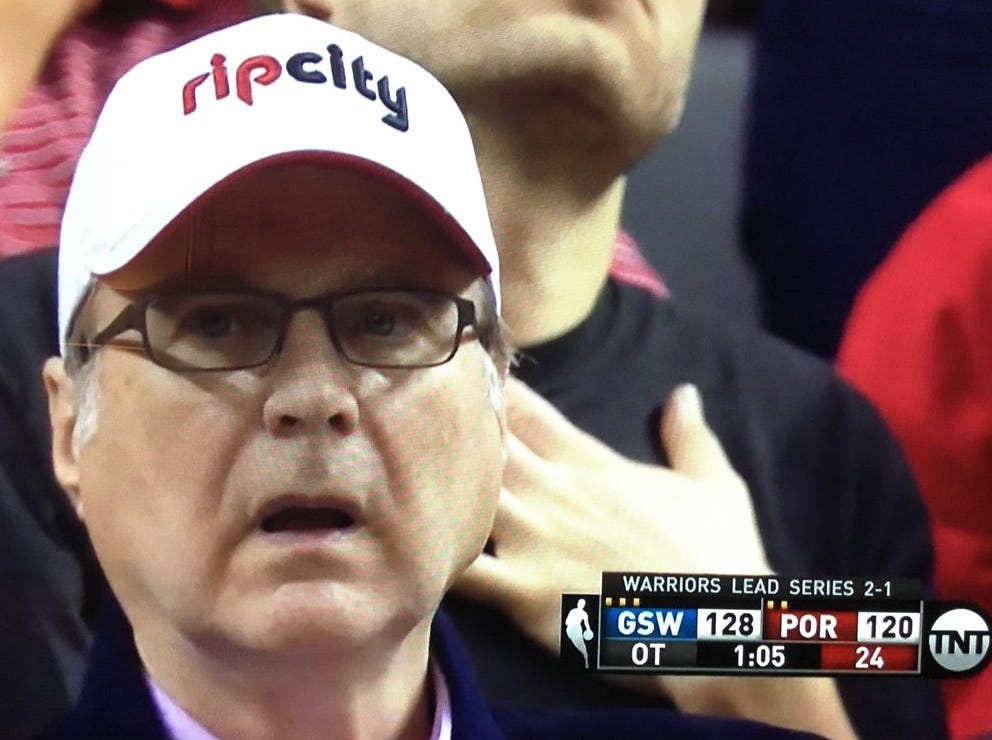 The “there is nothing we can do to stop this guy” look. Also known as the “I’m fucked” look. Also known simply as “Help!”. That’s the mark of greatness. Larry and Magic put that look on people’s faces. MJ tattooed that look on Spike Lee’s dumb grill. Kobe, Lebron, Steph. When the guy you’re playing against is at such a different level that there is nothing you can do but sit back and accept death. Scan around looking for help knowing help is nowhere to be found. It took him a little time to warm up, the Blazers almost made this a series, but once Steph came back it was over and there was nothing the Blazers could do. Steph Curry is back. He’s back.

Sidenote, I saw the “Steph Curry wasn’t the most valuable player” debate thing starting up yesterday and I wish they would just change the name of the MVP award to Most Memorable. It’s not even that I disagree with the “Steph wasn’t the most valuable player in the league” camp either. I’m actually technically in that camp. Lebron James is more valuable than Steph Curry. That’s just a fact. Steph is the best scorer I have ever seen in my life but Lebron can play all 5 positions and guard anyone on the opposing team, that alone gives Lebron more overall value (you could make the same argument for Draymond although that’s a hell of a lot closer). But that doesn’t mean Lebron should have won the award, because when you think of the 2015-16 season you think of Steph Curry and I hate that it comes down to a debate over semantics. Steph Curry was the most memorable player this year and it wasn’t even close.