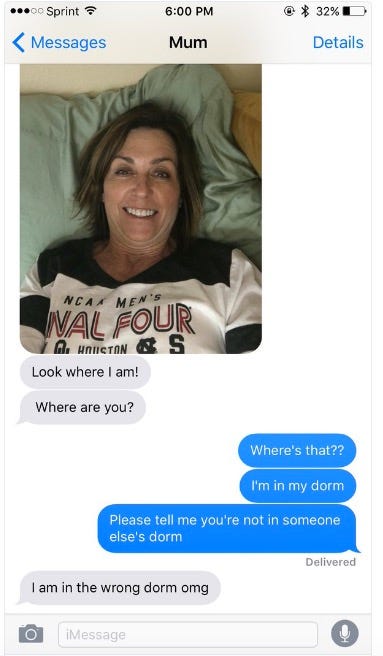 NY Post 5/9 – A Big Apple mom tried to surprise her daughter at college by sneaking into her dorm, but wound up breaking into the wrong room and snapping a selfie on a stranger’s bed — completely mortifying her millennial offspring.

Deanna Pilling traveled from her Morningside Heights apartment to Utah State University last week to pick up 18-year-old McKenna, who had just completed her first year at the school.

But instead of telling her daughter she had arrived, Pilling decided to give the freshman a surprise.

I hate this story so much. I hate literally everything about it. I hate the fact that it’s probably fake. I hate that the word millennial is dropped in the very first paragraph. I hate that it’s the #1 story on BuzzfeedNEWS this morning which is supposed to be their big legitimate journalism venture. Unfortunately when something is the most viral thing on the internet, it gets a blog or somebody gets fired.

Check out this wacky story.

Pilling, 57, snapped a picture of herself sprawled out on the bed and sent her daughter a text that read: “Look where I am! Where are you?”

McKenna wrote back: “Where’s that?? I’m in my door. Please tell me you’re not in someone else’s dorm.”

Her embarrassed mother bolted from the room, telling her daughter through text, “I am in the wrong dorm omg.”

McKenna tweeted a screenshot of the failed surprise to her Twitter followers with a few laughing emojis and the caption, “Momma Pilling at it again.”

Let me guess, she’ll be on Good Morning America tomorrow and have an ad deal and personal channel on SnapChat by next week?

Only thing that could have made this story worth my time: if it turned into some sort of Dare Dorm video, preferably involving the daughter in the storyline. 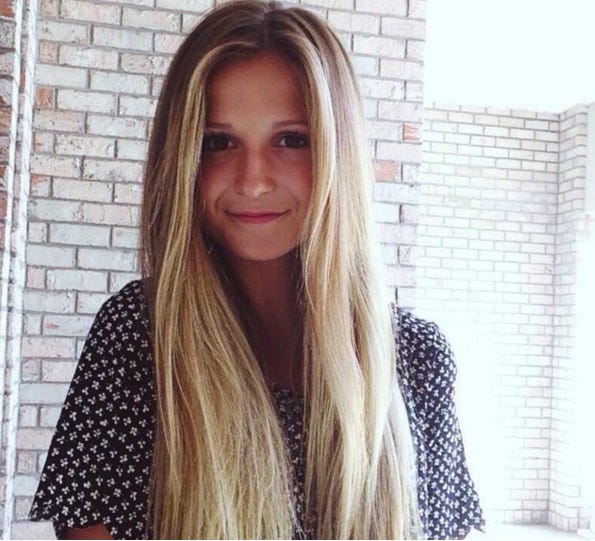 I mean the set-up is one we’ve all seen a thousand times during our alone time. So close to seeing it go down IRL.