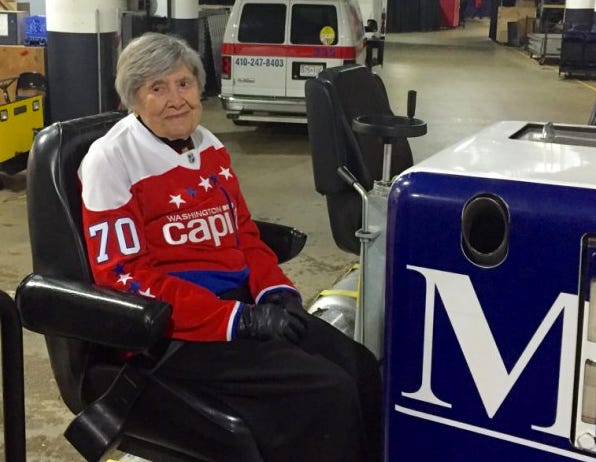 Yahoo - Gert Friedman waited over 100 years for the ride of a lifetime. 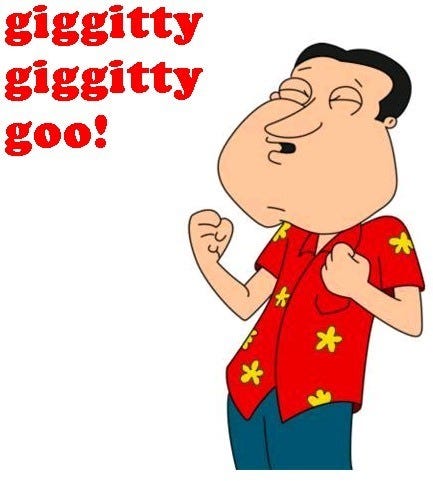 At Saturday’s Game 5 between the Washington Capitals and Pittsburgh Penguins, Friedman, who was decked out in a Braden Holtby jersey, got to sit on the ice resurfacer in between the first and second intermission. It was also Friedman’s first NHL game. She turns 101 on Tuesday. NHL.com said Friedman has lived in Arlington, Virginia since 1940. She was born in Brooklyn, New York and attended Brooklyn College. Later she became a school teacher and was a docent at the National Gallery of Art and then the Hirshorn Museum. Maybe the Capitals should bring Gert to Pittsburgh for Tuesday’s Game 6 for good luck. After the first period, the game was tied 1-1. Washington then scored two goals in the second period to win the game 3-1 and prevent elimination from the postseason.

The perfect storm. 101 years old? Check. Lives in Arlington? Check. Big time Caps fan? Check. Only problem is we 100% need smokeshow Gert to go up to Pittsburgh for game 6. There really isn’t a choice. Put her on the flight between Latta and Wilson and give her another ride of a lifetime (on the team plane). The Caps are in no position to take any chances now. It’s win or go home. If Gerty was at the game 5 win, she needs to be at the game 6 win, and needs to be riding that Zamboni every game until her heart gives out. Now is no time for her to be selfish. The team needs her. I don’t believe in jinxes or curses, but at the same time, why take the chance? Let’s get SSOTD Gert from Arlington to every game. It’s like the never ending birthday present. Happy 101st, and here’s to 101 more.