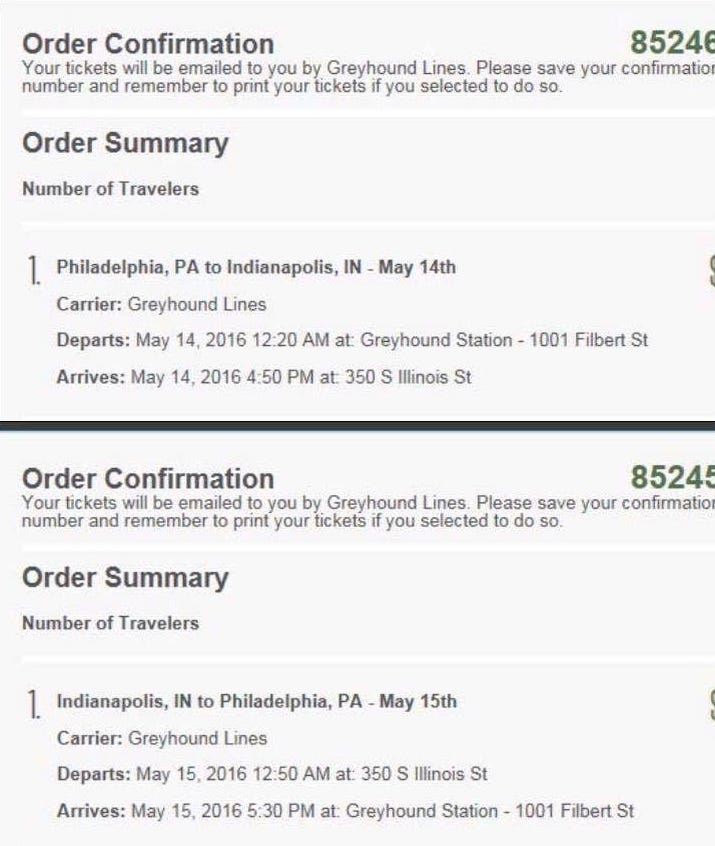 So my buddy this Saturday May 14 is taking his fantasy football punishment bus trip. The punishment for last place is a 12+ each way bus trip with virtually an immediate turnaround. Basically a day plus of misery alone and he is headed to Indy and back from Philly. They chose the beautiful city of Indianapolis since his team rode his first and second round picks of Luck and TY Hilton to the bottom.

We’ve talked about fantasy football bets in the past, how the new wave of “embarrassing videos” that are meant to go viral fucking suck. Oh my God, look at the fat guy singing Lady Gaga! LOL, Retweet me, Internet!!! It feels as if all fantasy football leagues have come down with some weird buzzfeed plague where instead of being ruthless and mean, they just want to end up on Sportscenter’s Not Top 10. Well not this trip, this trip is the most basic form of punishment you can think of. A round trip bus ticket with an immediate turn around. If they somehow can add in that this guy isn’t allowed to have his phone or computer with him I think it’s safe to say it is the meanest possible punishment on earth. Worse than prison, worse than water boarding, worse than everything. Bus rides are terrible, a bus ride in the summer with no form of entertainment that puts you directly back in your starting point? I want to puke just thinking about it.

I also love the added touch of sending him to Indy because of Luck and Hilton. No one will ever draft a Seahawk or Cardinal in this league again. Take notes, this is exactly how fantasy football leagues should punish last place. It’s incredibly ruthless, it has actual meaning, and it’s not something that can end up on SB Nation or Buzzfeed with a “You’ll never believe how this fantasy league punished the last place finisher” headline. It is the perfect punishment.

I’m still interested in the pinkie fantasy league once we all get to NYC. Can you imagine how intense that would be for the office? Loser has to cut off their own pinkie. That’s next level fantasy football right there.