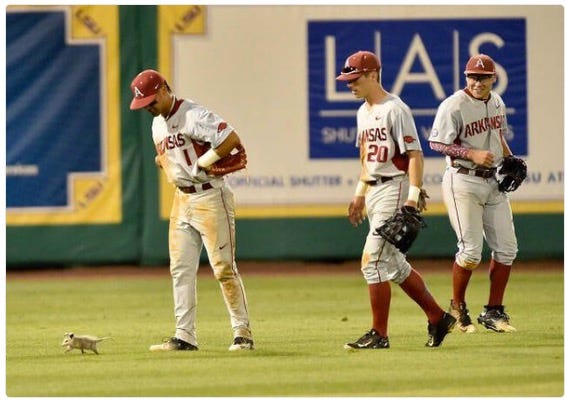 Awwww…look at that little guy. 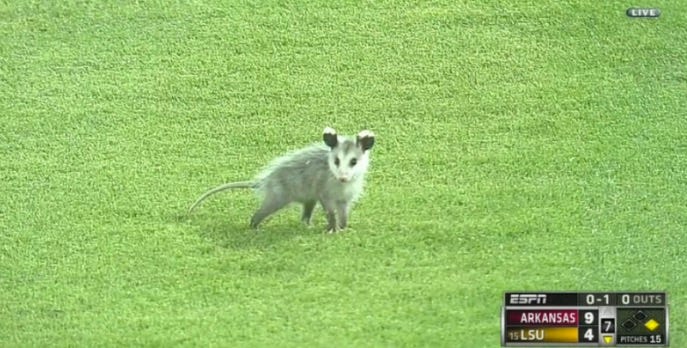 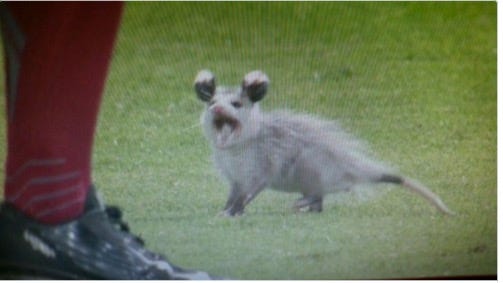 I don’t get into college baseball until the World Series starts (which is sneaky an awesome event every single year that doesn’t get nearly enough love), but this little possum got my attention on the LSU/Arkansas game this weekend. Popped up on the field and started causing mayhem as LSU was down 5 runs in the 7th inning.

Obviously they made him the Rally Possum, only logical move.

And I think we all know exactly what happened next.

A day after LSU held off Arkansas in a crazy game that featured an unoffical triple play, an opossum scurried its way into the outfield at Alex Box Stadium and caused a delay during the seventh inning.

The opossum must have been a good omen for the Tigers though, who rallied to force extra innings and completed the comeback with a walk-off in the 10th. 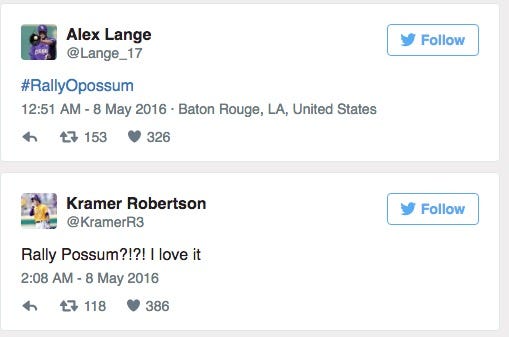