Do people know about #DemThrones? Its been around for a couple seasons now I believe but I feel like its really starting to percolate. Maybe its coinciding with people thinking that Tony X discovering hockey was hilarious. I’m not quite sure. Twitter seems to love black folks talking about white people shit. So #DemThrones is the latest example of that.

Black Twitter, as we know, is one of the best things on the internet. On the flip side, Game of Thrones Twitter is maybe the worst.  Its either people intentionally spoiling it for you, people complaining about getting spoiled, or book readers talking about how “Whats coming next is gonna be EPIC.” GoT Twitter needs a complete overhaul and Black Twitter and the people who participate in #DemThrones do just that. 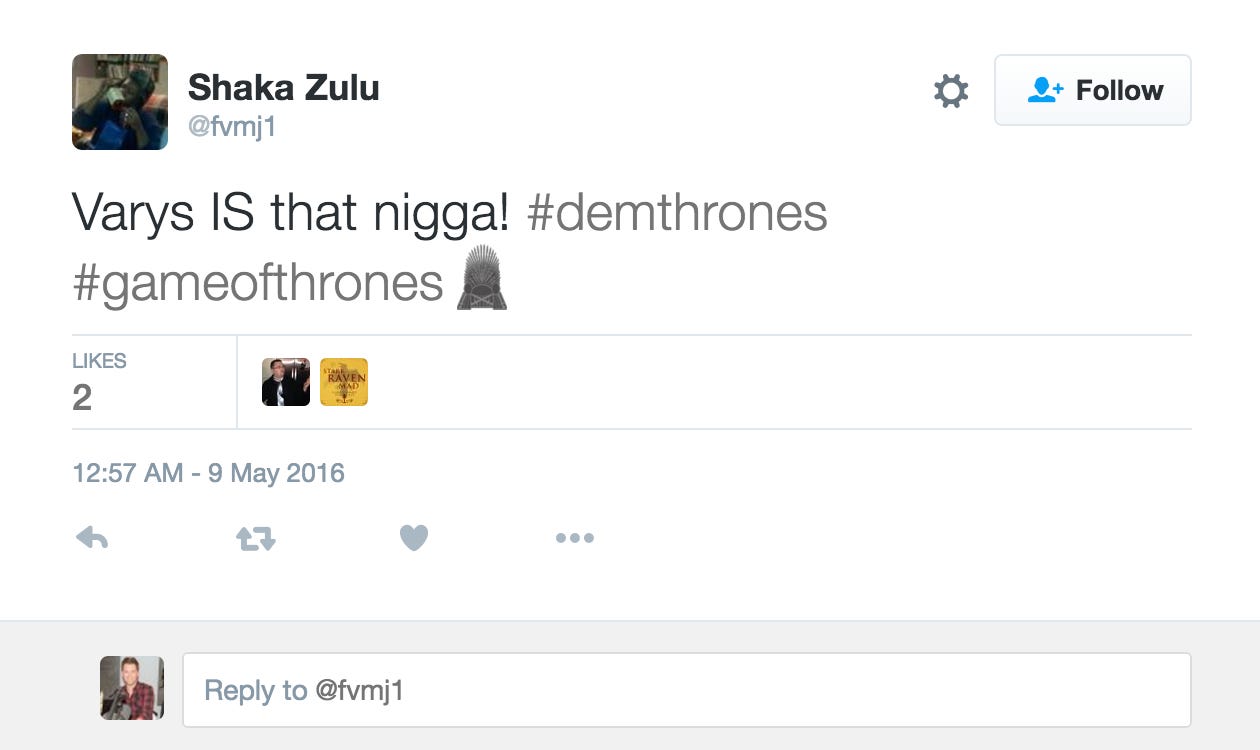 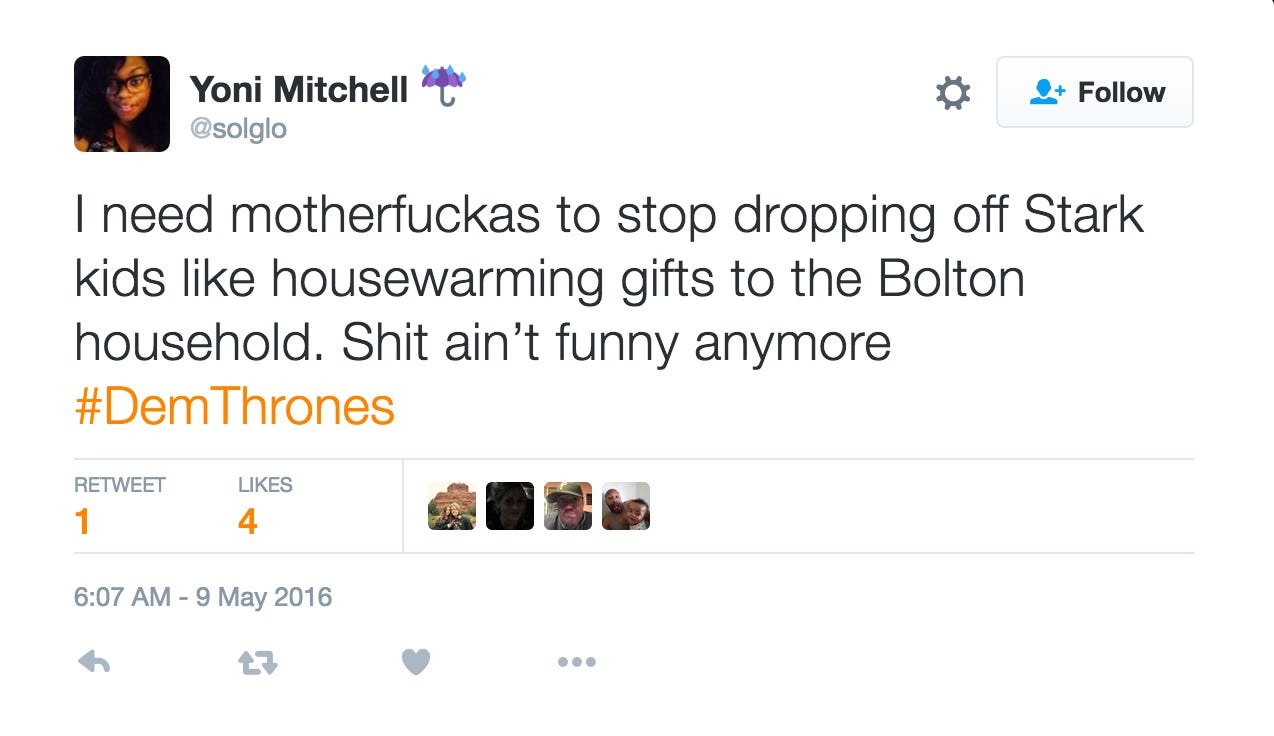 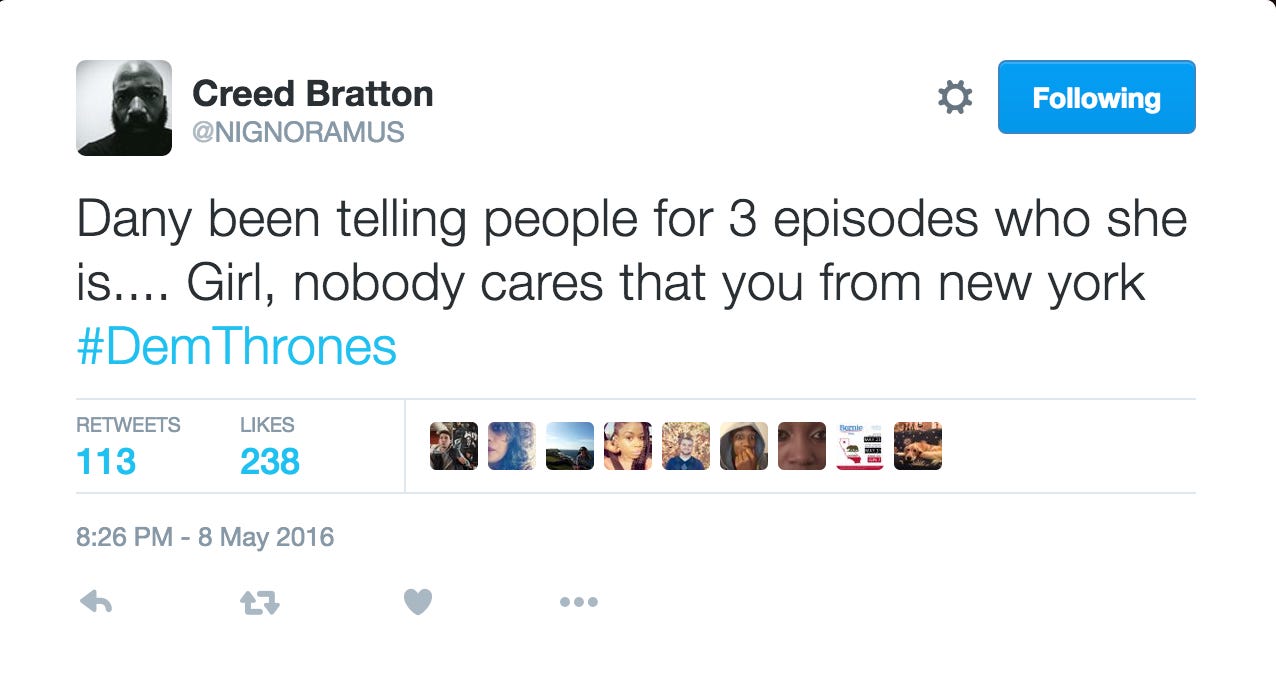 (In case you missed the fear fart: 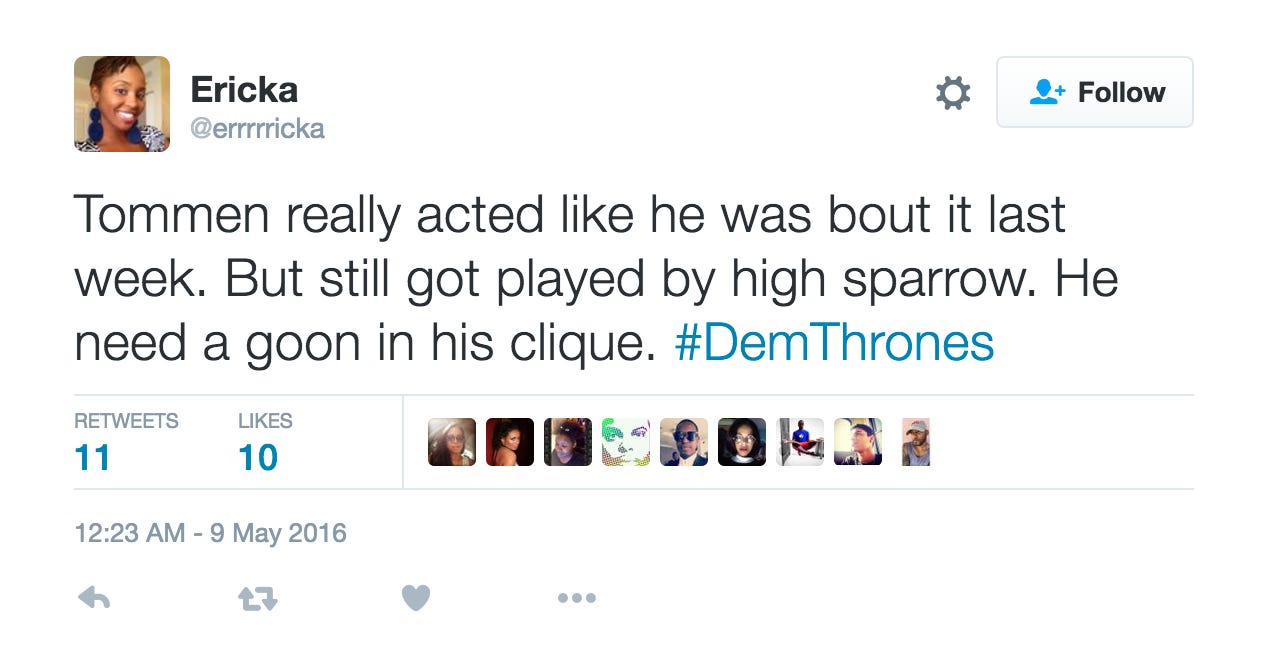 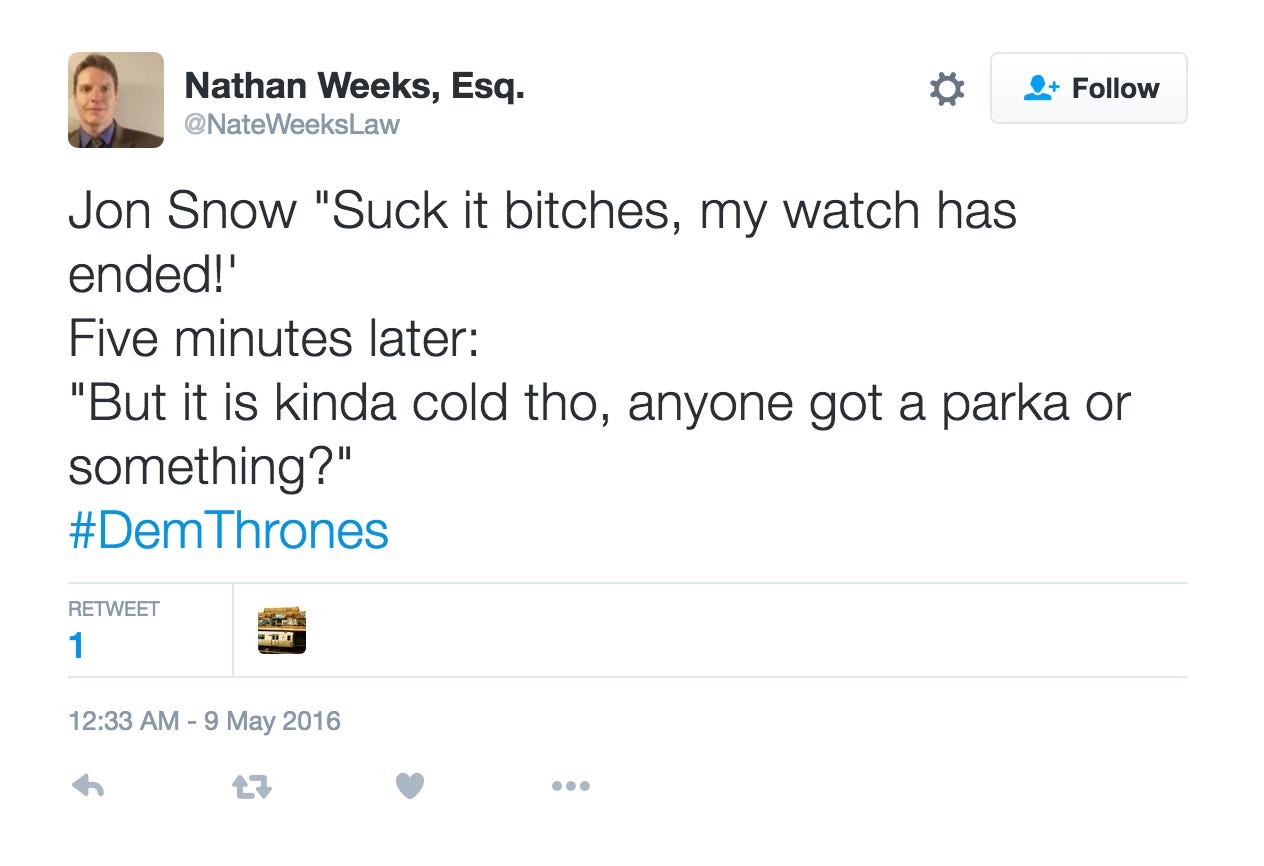 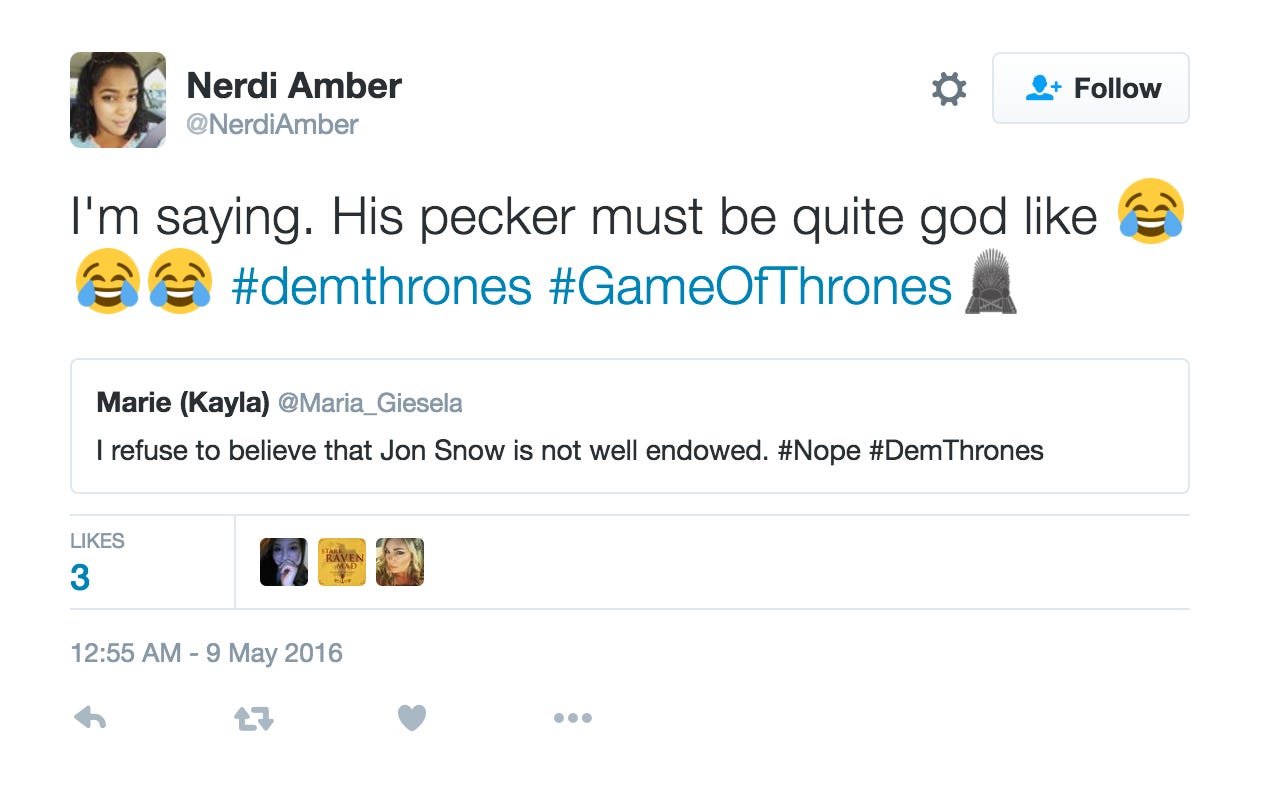 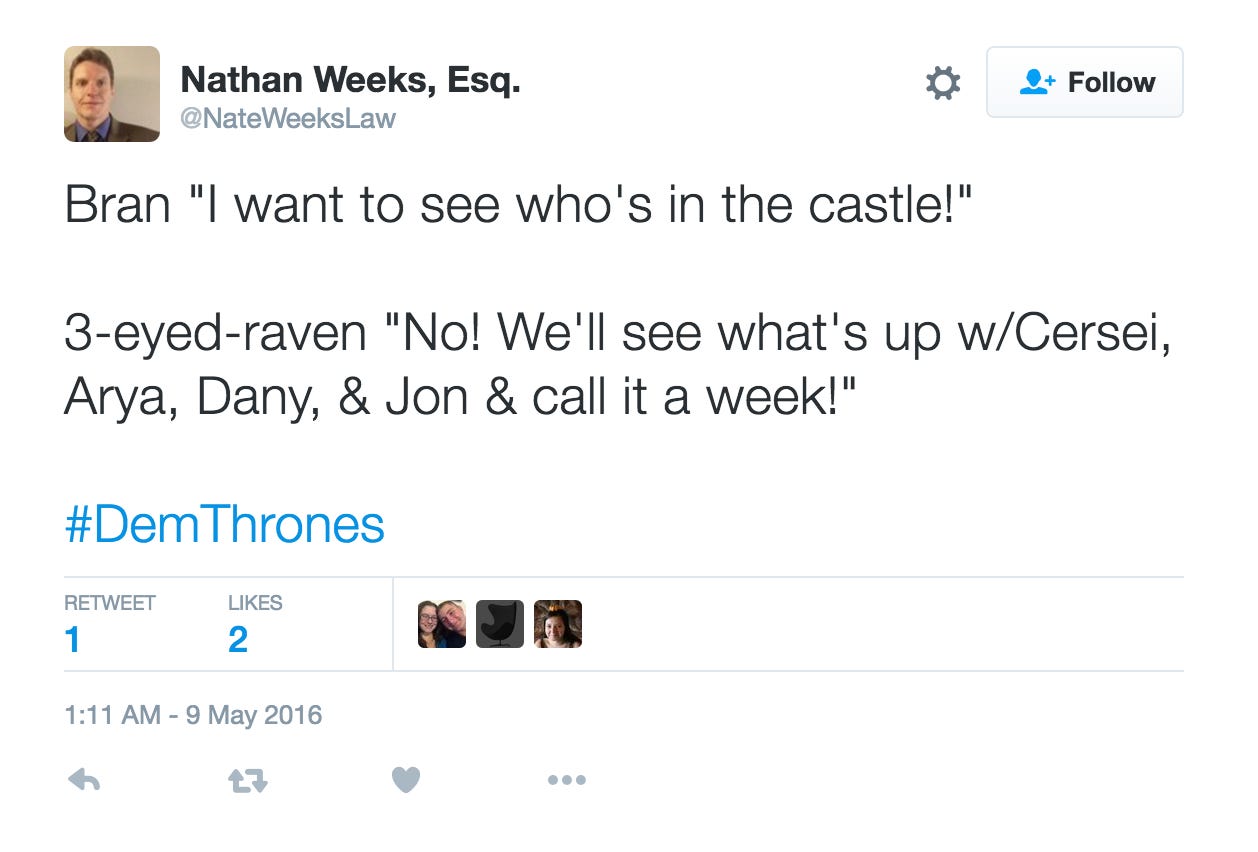 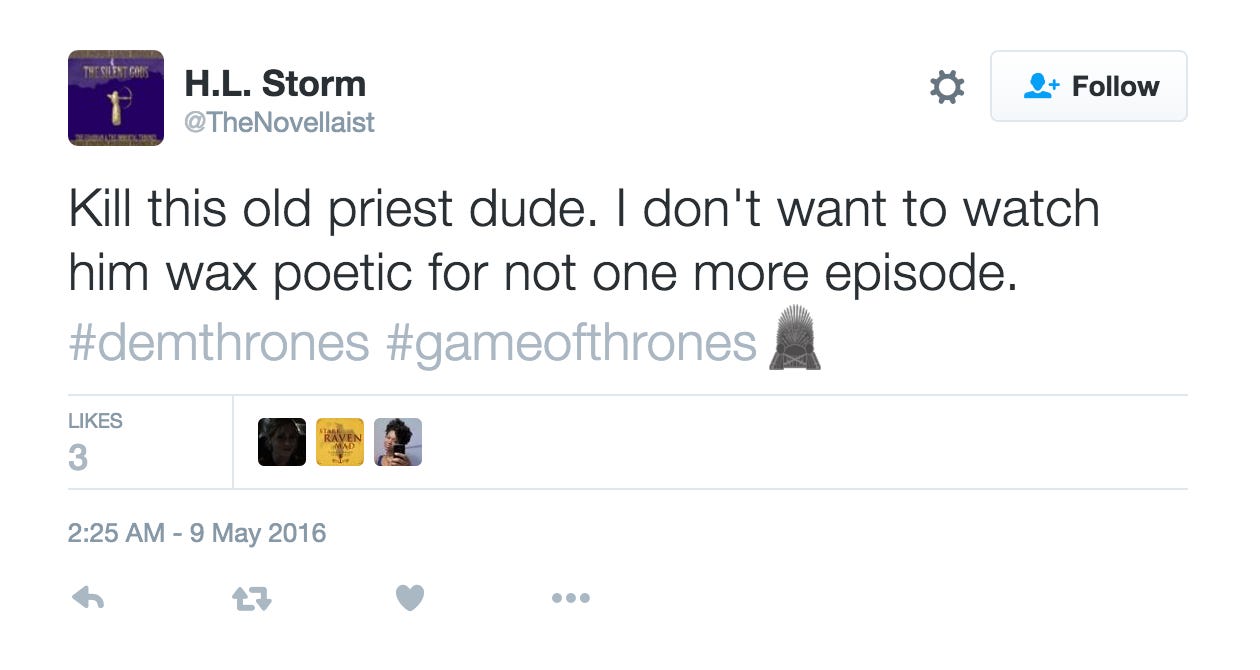 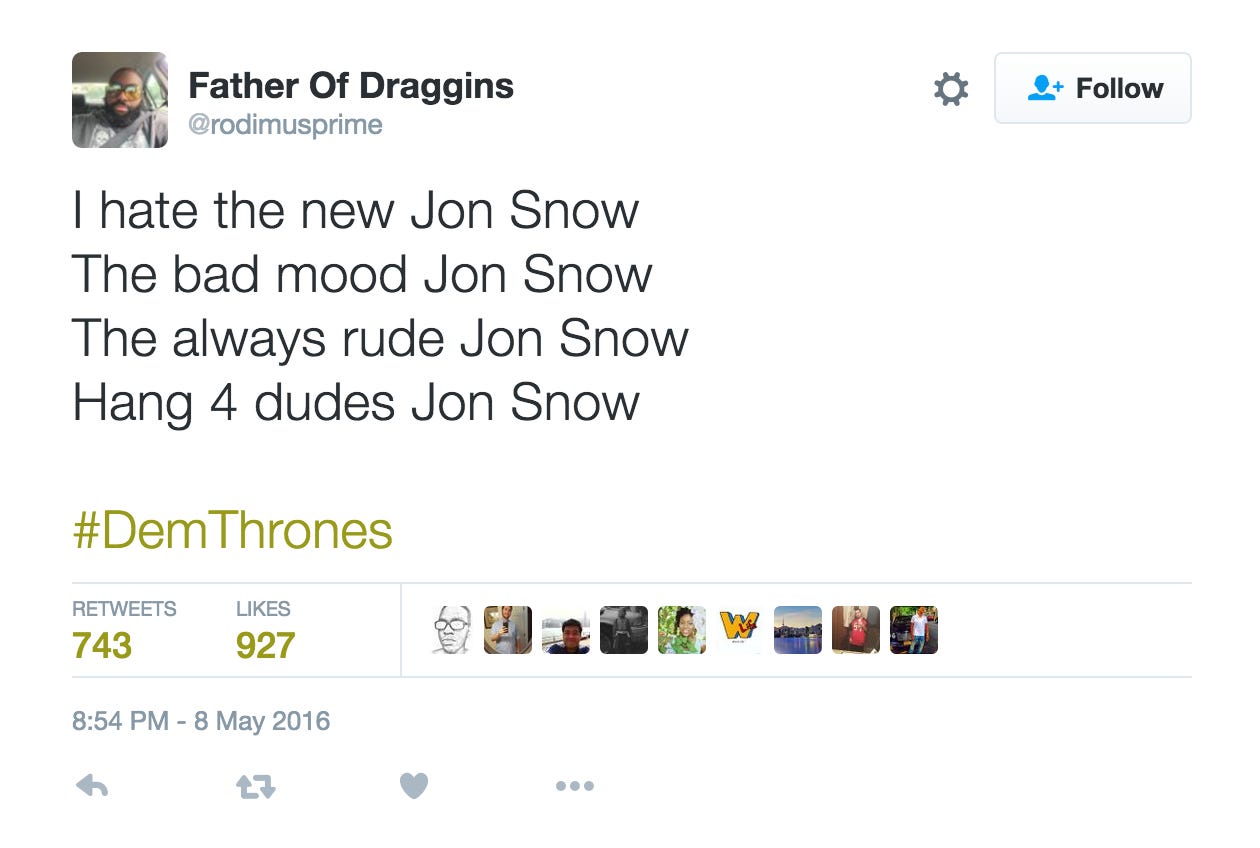 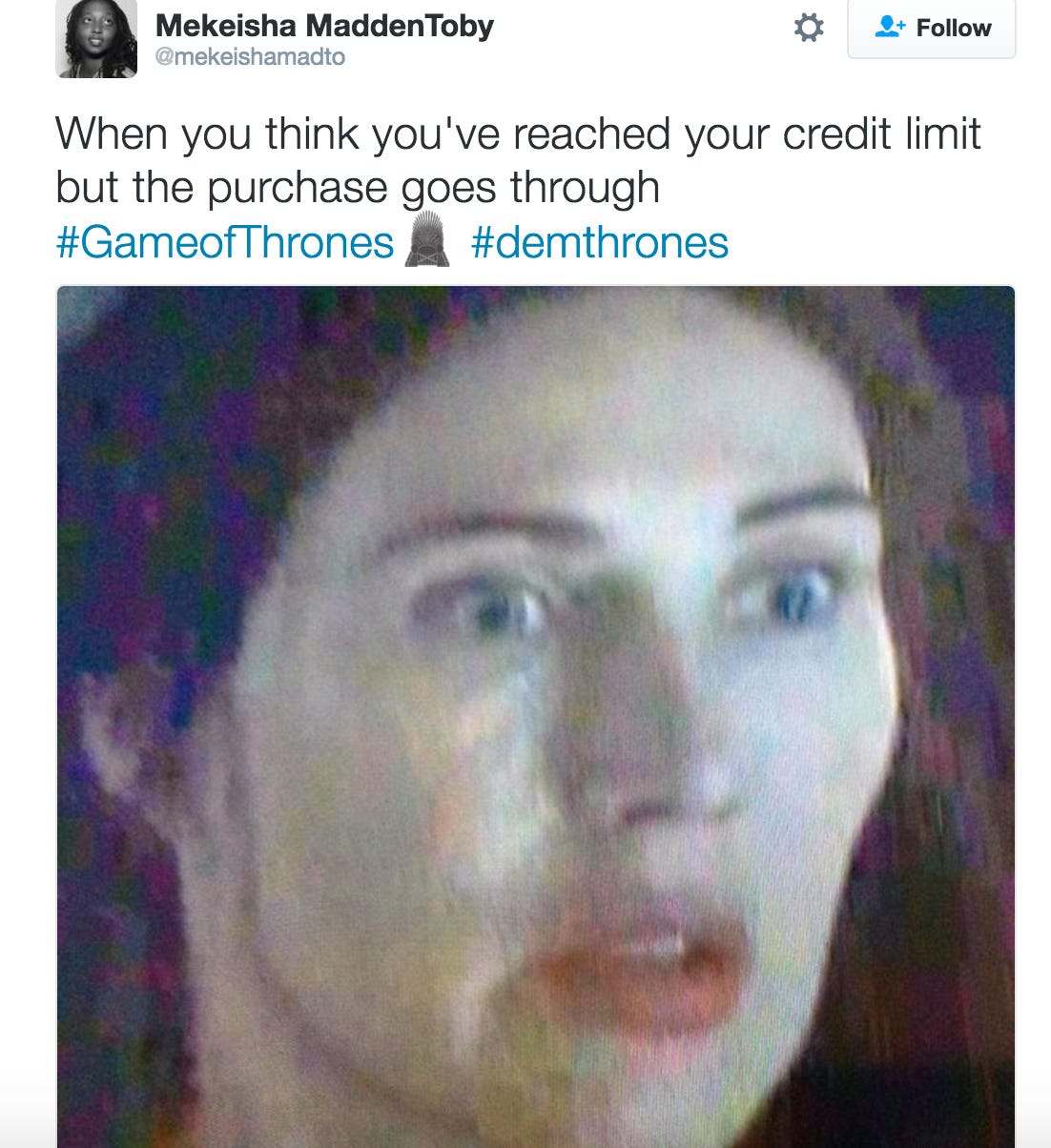