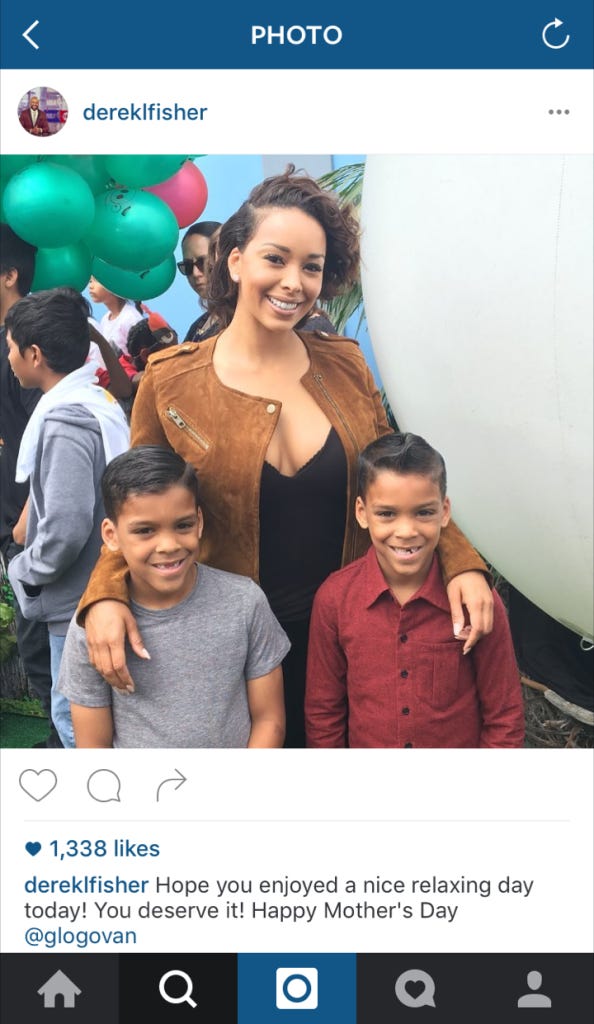 The Slippery Fish strikes again! How much longer can Derek Fisher continue to poke the bear for? I guess technically Fisher started poking the bear when he started to date Barnes’ wife . So now I guess Fisher is poking the bear in the eye with his dick? Don’t get me wrong, it’s all well and good to shout out your girlfriend if she’s a MILF on Mother’s Day. I mean I think a card, some flowers, and maybe a small piece of jewelry paid for by James Dolan’s blood money would have been enough. But as I learned yesterday, you don’t truly care about your mom/wife/girlfriend/grandma unless you post a Happy Mother’s day message on social media. Unless you add in that Derek Fisher didn’t wish the mother of HIS actual kids a Happy Mother’s Day, but that’s just splitting hairs I guess. What a diabolical son of a bitch. Even though, to be fair, who shouts out their ex on social media? Wait, what? 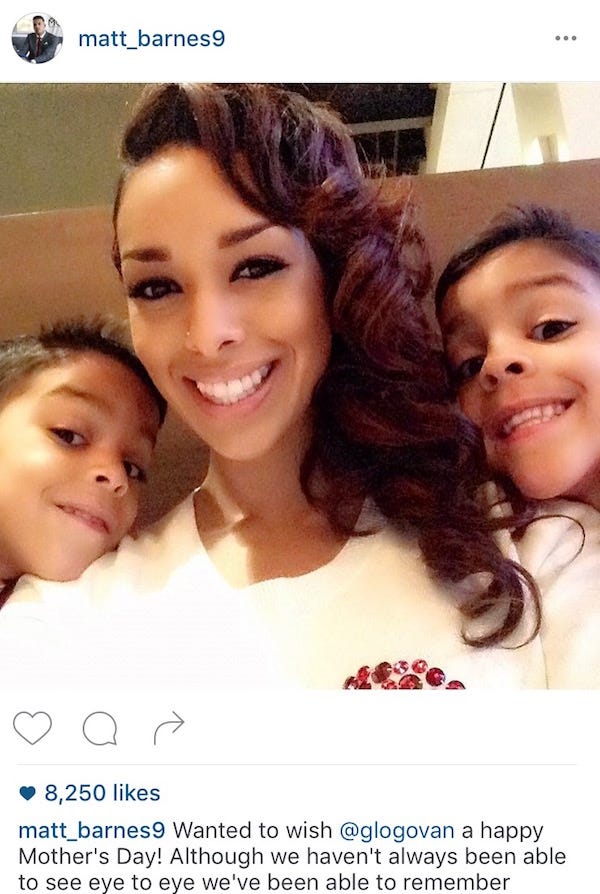 And while I realize that Gloria is not a mother without those two kids, I think a picture of just her would have still gotten the message across for Fisher. Because those kids ARE Matt Barnes. Or at least they are two Mini Matts. The haircut, the smile, everything is Barnes. If you have one of them sit on the others shoulders while wearing an NBA uniform, slap like 100 tats on each kid, and then have them bark at random NBA players, you have Matt Barnes. So when you post a picture like this with those two kids, you are basically a 2016 version of Tron from Chappelle’s Show. You are saying “I got your girl, Chuck. And I got your two Mini Me’s, too.” Fucked up shit man, even for the Slippery Fish.

And I don’t think a boxing match or MMA fight can even solve this anymore. We are wayyyy past that. This feud needs a no-holds-barred, everything goes fight to end this once and for all. Steel chairs, sledgehammers, and that barbed wire bat that Cactus Jack always brought to the ring. Maybe a lumberjack match with all their Lakers teammates outside? Lumberjack matches were always criminally underrated. Or we could just throw a Hell in a Cell on top of it and call it good. Two men enter, one man leaves. Thunderdome stuff. Get Vinnie Mac on the phone, Adam Silver.