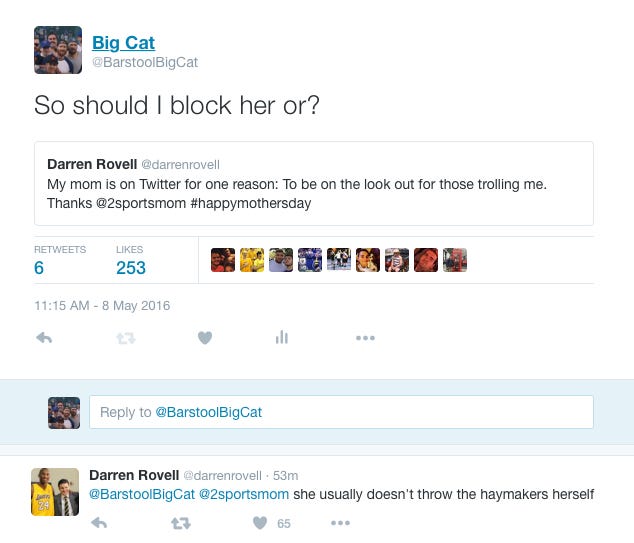 Peak Rovell. This is why he’s the best. Anyone else gets to a certain level of nerd and backs off a little, but Rovell just keeps on going. He’s a parody of himself at this point. If I had told you before today that Rovell’s mom was on twitter under the handle 2sportsmom, looking out for anyone who could possibly troll her son, you would say that’s even too unbelievable for Rovell. But here we are. Think of the biggest squid move you can and Rovell has done it and more with no sense of sarcasm. And the best part? He’s proud of it. That is why he’s the best. Just keeps marching to the beat of his own drummer, day in and day out. 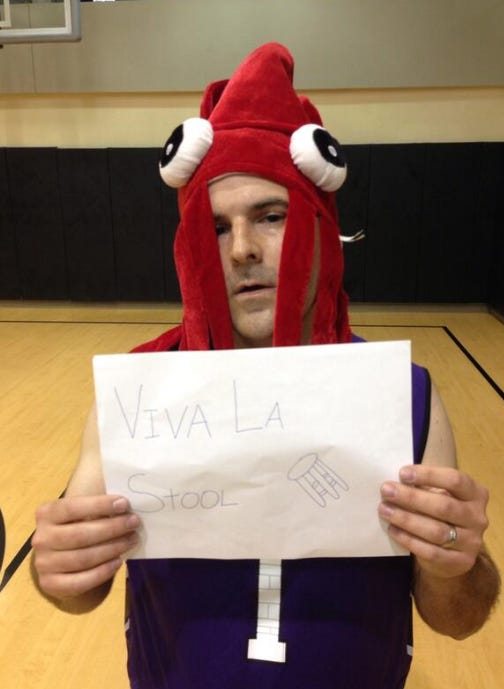