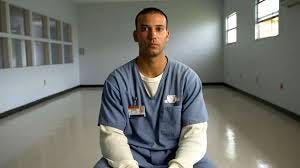 I like to stick with the Phillies blogs, but this a meaningful story to me and wanted to briefly touch on it.

Matt Bush. Remember him? The 2004 First Overall Draft Pick by The San Diego Padres. The can’t miss prospect. A millionaire by 18 years old, Bush had life by the balls. By 2012 and just 26 years old, he was signing a plea agreement to put his ass behind bars for the next 3 years.

I’m sure most are familiar with this story. For those who aren’t the short version is Matt Bush is an addict. From numerous assault charges to bar fights to running a motorcyclist’s head over and fleeing the scene, all were done under the influence. I remember I was in high school when I heard of Matt Bush. 5′ 10, 170 lbs soaking wet and the first overall pick in the MLB draft. I looked up to him. Viewed him as an icon for all of us short and skinny baseball players around the world. A few bad stints in the minors, numerous run ins with the law, all of his money wasted away, and serious expectations were just too much for him. Before he knew it, he no longer had any control over his own life.

Bush’s demons, like many of us just got the best of him. He drank himself into oblivion and baseball was just something he had show up to every day. Whether he was drunk or sober, that didn’t really matter to him. Like all addicts, he was depressed and hated himself. He lost all confidence in his abilities not just as a baseball player, but as a man and the bottle became his best friend.

I’m not here to preach about how serious addiction is, instead I’m writing this as a testament to Matt. I am Team Matt Bush through and through. The man served his time, continues to pay his dues, and is finally doing what he was put on this earth to do, play baseball.

In 14 innings with the Rangers’ AA affiliate, Frisco, Bush has appeared in 14 games. Of those, he has finished 9, saved 5, struck out 14 and has accumulated a .786 WHIP. And the fastball…well looks like the old soup bone held up in the clink.

What Matt Bush is up to these days – sitting 98+ in Frisco and punching hitters out. #fuego pic.twitter.com/aklmZUTLAe

The Rangers bullpen is struggling, specifically their closer Shawn Tolleson who already has 2 blown saves. They have the 4th worst ERA in the MLB are sit second to last in Batting Average Against (BAA).

Is it too early for the Matt Bush experience in Texas, absolutely. I am just truly happy for the guy. He made a serious mistake and took his life and other people’s lives for granted. I pray the Rangers call him up, not as a publicity stunt, but for the right reasons. As of right now, his numbers should support that reasoning. You got a second chance in life, Matt and as a baseball fan regardless of your past, I’m behind your comeback.