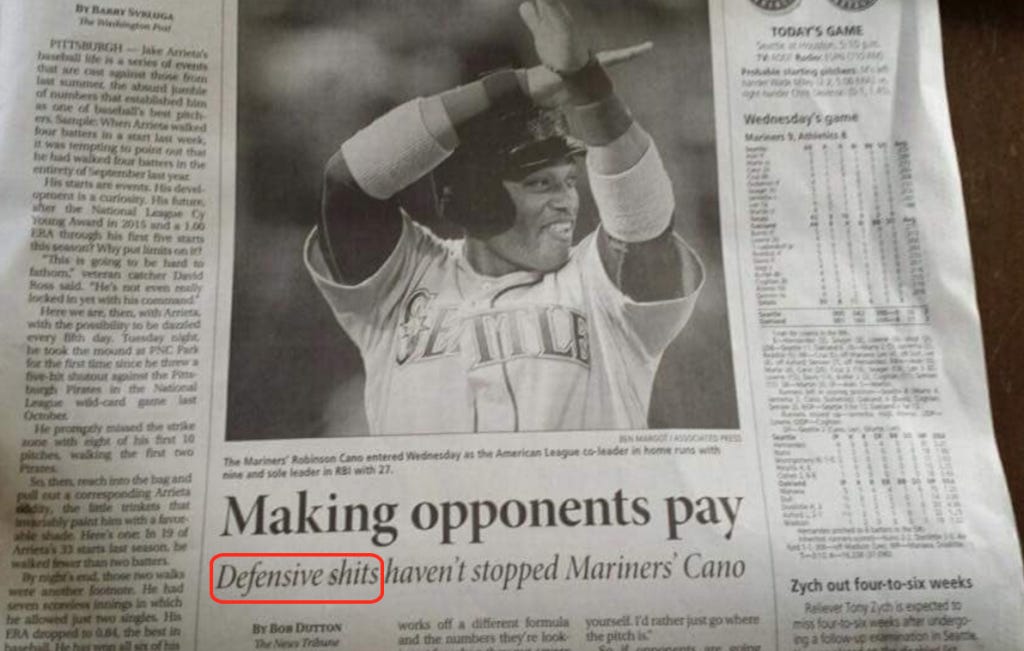 Robinson Cano has been taking a massive defensive shit all over opposing pitchers this season.

Entering play on Friday, Cano leads the majors in RBIs with 30, and is tied for the most homers in the American League with nine. In the five games he’s played this month, he’s hitting .545 with a 1.364 OPS and defensively shitting on every pitcher he faces. It’s incredible. And for those who are wondering if the Mariners are for real, buy in. At least to this point, they’re legit. If you read into run differential as much as I do, the Mariners have the best run differential in the American League at +32, and that’s with the White Sox leading the league in wins, and the Red Sox leading the league in just about every offensive category imaginable. Slow and steady wins the race, and the Mariners are evenly balanced with a team ERA of 3.04 (5th best in the MLB), and they’re 8th in the MLB in runs scored with 128.