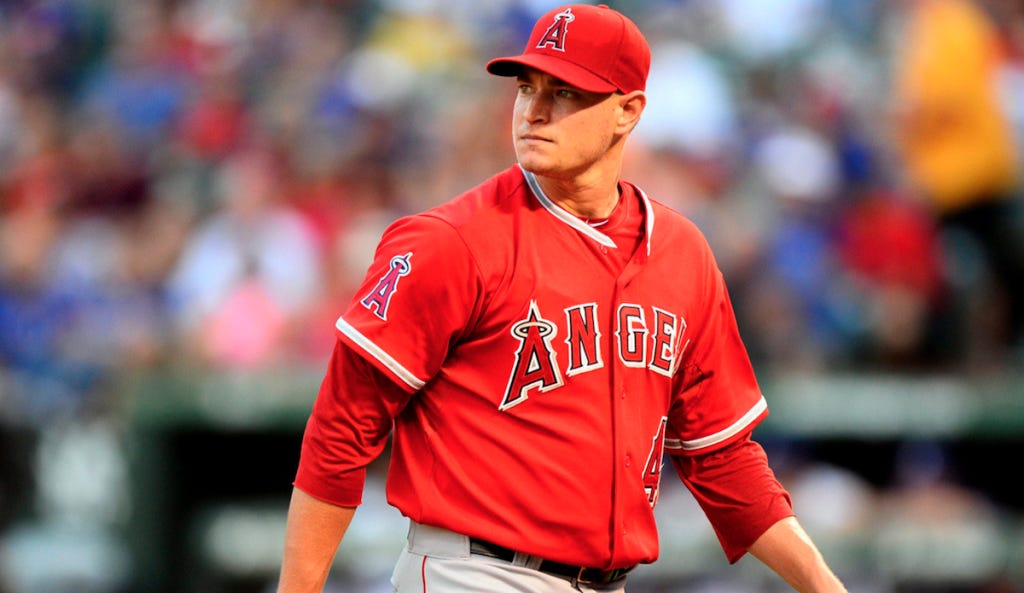 We can debate whether or not Garrett Richards is an ace in comparison to the other aces in baseball, but there’s no debate over whether or not he’s the Angels‘ ace.

The right-hander got off to another great start this year, despite a 1-3 record. Through his first six starts, Richards had a 2.34 ERA with 34 strikeouts in 34.2 innings. In the innings he’s been able to put together from the start of 2014 till now, Richards has a 3.11 ERA and a mark of 8.2 strikeouts per nine innings.

Now, the Angels will be without their ace for the rest of the season, as it was reported today that Richards will need Tommy John surgery to repair a torn UCL. In 2014, Richards was averaging 97 MPH with his fastball, and 96 MPH this past year. Richards averaged 98 MPH in his first start of 2016, but it was down to 95 MPH in his most recent start, which is still gas, but a dip in velocity from what we’re used to seeing from the 27-year-old.

The Angels already lost left-handed starter Andrew Heaney to the disabled list in the first week of the season due to UCL damage, although the team is trying their best to avoid Tommy John surgery through rehabbing. If there aren’t visible signs of improvement in his rehab, the Angels could opt to have yet another starting pitcher undergo Tommy John this season.

This is a big blow for the Angels, obviously, as losing your ace always is, in addition to the fact that they’re already two games under .500 on the year. But even with Richards’ contributions this year, the Angels’ starters collectively have a 4.45 ERA, which isn’t exactly a recipe for success when your team is 23rd in the MLB in runs scored.