Very important episode of KFC Radio. To be honest, we should probably just do a full episode on this topic. When you settle down with a chick, youre going to stop having sex with her. Period. Shes not going to want to, youre going to become indifferent. And thats just how it goes. People lie about it. People dont want to admit it. People get self conscious about it. But its important to know that its happening to about 99% of couples out there. If you’re not weird swingers, it will happen. Now I know some of you guys out there have girlfriends right now who are real kinky and youre having tons of sex and you’re thinking “Nah. Not gonna happen to me.” And I’m here to tell you it will. You’re not special. Remember the dude who made the spreadsheet of all his girlfriends excuses? 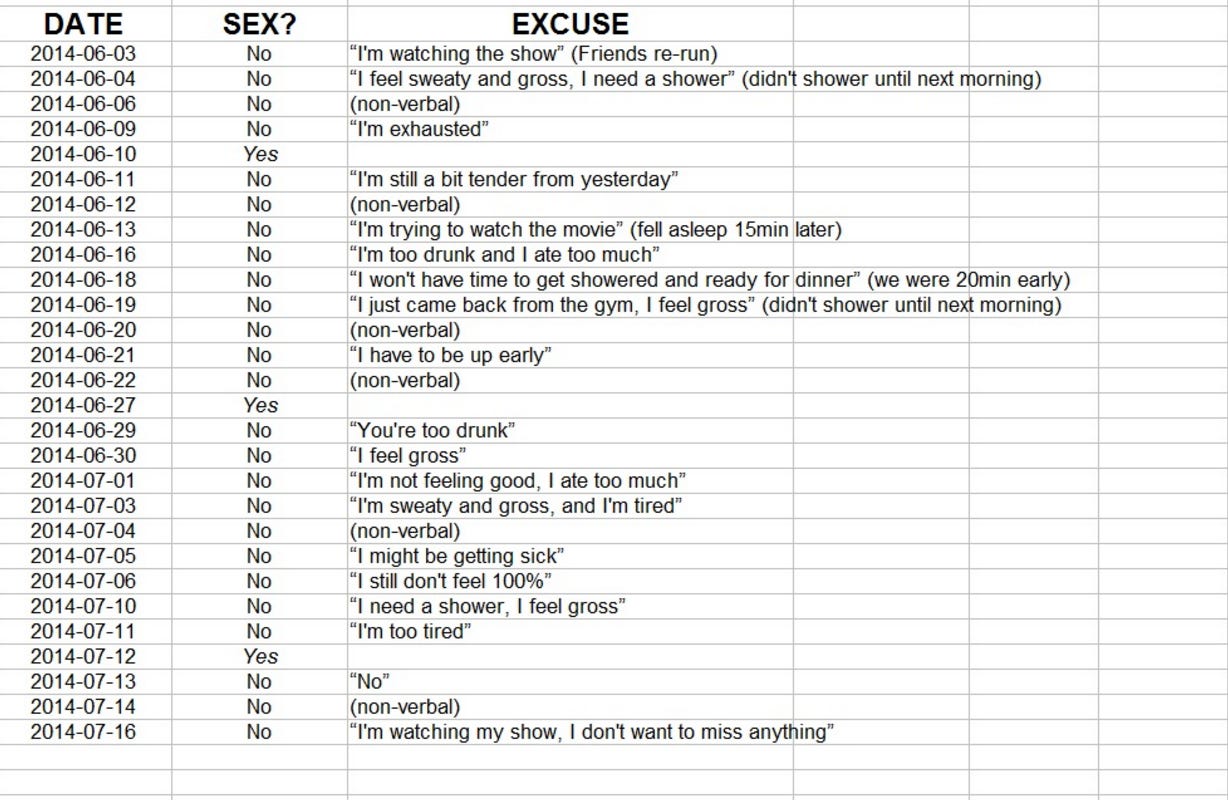 The guys living it are nodding their heads like “Yup…yup…yup.” The guys who are about to embark on this life are like “Wait, what? Really? Is it that bad?” So this podcast wasnt designed to discourage. On the contrary. Just know that when your dick game goes dry, youre not alone. Its actually pretty liberating when you just stop worrying about whether you’re fucking enough. You spend like 15 years worrying about when the next time you get laid is gonna be. Who its gonna be with. Getting her to say yes. Comparing it to other people. When you just stop caring about that, its pretty relaxing to be honest.

All that being said, I think the guy in the voicemail that brought up this discussion is pretty crazy. When your wife/fiance/girlfriend initiates you GOTTA take that opportunity. Its like Halley’s Comet. Shit is a RARITY. Gotta capitalize.

The rest of the episode – we tell some high school kid to dump some bitch who treated him wrong, the proper way to Irish Goodbye, we help out a dude with Crohn’s Disease, Super powers, and more. Plug in juice up.