Was the CIA station chief who presided over bin Laden raid poisoned by ISI? – The Washington Post https://t.co/rKCzl5KPSd

(Information and quotes from The Washington Post, as reported by Greg Miller)

It is shortly past midnight on May 2nd, 2011. Mark Kelton (the CIA station chief in Pakistan), Cameron Munter (the US Ambassador to Pakistan), and a top military official watch the Osama bin Laden raid via live footage from a stealth drone. They watch with carefully drawn up plans of evacuation, should things go wrong.

As we know, the raid goes as it goes. It’s a success. Upon hearing about it, you and I are doing this: 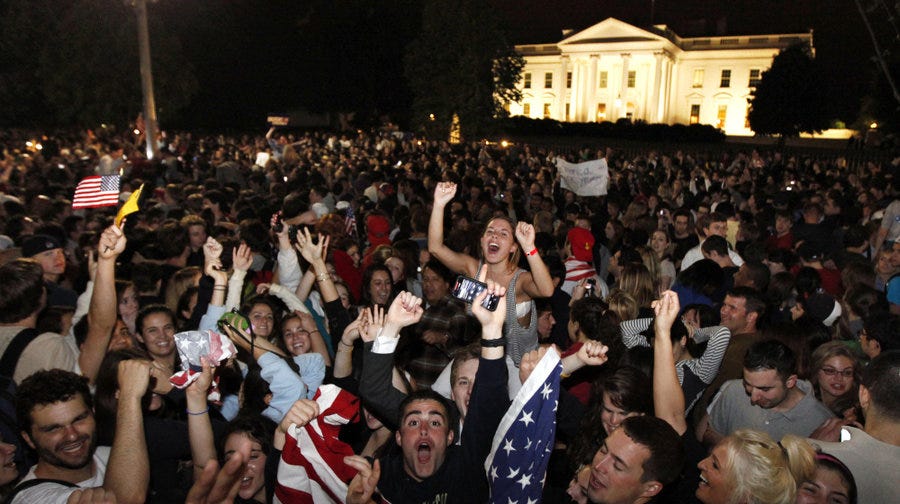 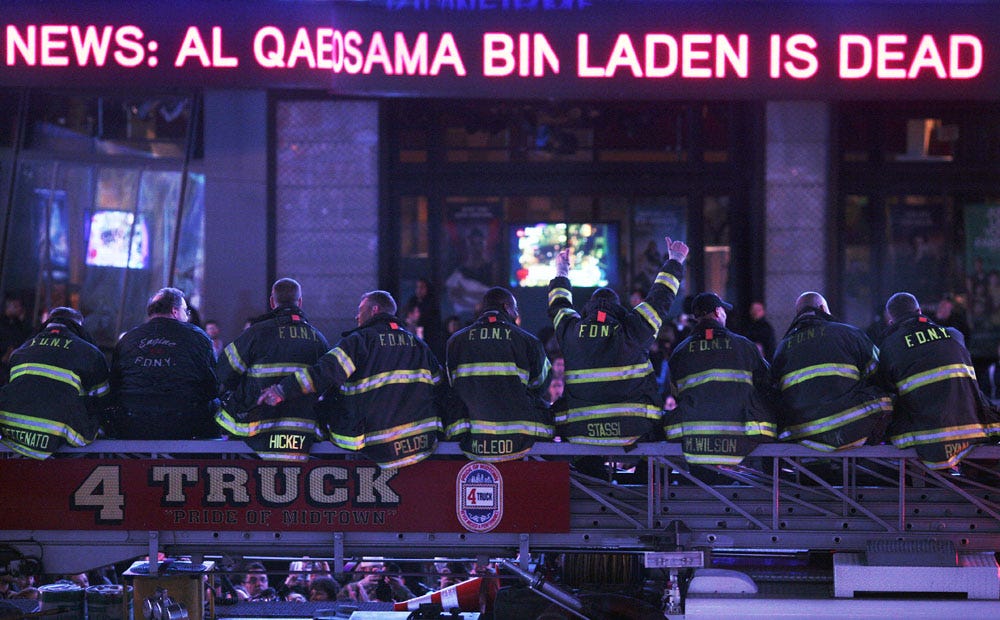 Two months later, Kelton — the top CIA operative in Pakistan — is permanently pulled out of the country in a “severe medical crisis”:

In reality, the CIA station chief was so violently ill that he was often doubled over in pain, current and former U.S. officials said. Trips out of the country for treatment proved futile. And the cause of his ailment was so mysterious, the officials said, that both he and the agency began to suspect that he had been poisoned.

Was he poisoned? We don’t know for sure. Not even the CIA knows (or will say). Some suspect it, others are skeptical. But so far there is no evidence one way or the other:

Mark Kelton retired from the CIA, and his health has recovered after he had abdominal surgery. But agency officials continue to think that it is plausible — if not provable — that Kelton’s sudden illness was somehow orchestrated by Pakistan’s Inter-Services Intelligence agency, known as the ISI.

Ah, the ISI. Pakistan’s top spy agency. Are they be capable of such a brash move as poisoning the CIA’s station chief in Pakistan?

Yes. The ISI has been linked to numerous plots against journalists and diplomats. Even worse, in 2009 US intelligence agencies HAD EVIDENCE of the ISI’s complicit involvement in the 2008 Mumbai terrorist attacks (which killed 164 and wounded over 600). We also, at the time, had evidence the ISI would stage fake raids to cover up the deaths of militants killed in custody and consistently tipped off bad guys before US drones were preparing to strike.

Mark Kelton is described as having an “acerbic personality.” He was a careful man with several years of experience in Moscow dealing with the KGB and its successor organization. When he was chosen for the CIA gig in Pakistan, it was no surprise that he and top ISI chief at the time, Ahmed Shuja Pasha, had their issues.

Less than 48 hours after Kelton took over, CIA contractor Raymond Davis (great name) was involved in a shootout in the major city of Lahore; he killed 2 armed men and was arrested. For weeks, Pasha and Kelton went back and forth over his release. On March 16th, Davis was released; literally the next day, a US drone strike on a tribal council meeting of Taliban-linked militants killed 40+ people.

Pasha was pissed. Then on May 2nd, the bin Laden raid happened. Pasha was even more pissed.

Easily the funniest part of the story comes next. A week after the raid, Pakistani media ran a story about Pasha summoning the CIA station chief to a meeting and blasting him for keeping the raid a secret:

The story contained a garbled version of Kelton’s name, identifying him as “Mark Carlton.”

Things got so bad between the two of them, Pasha “routinely refused to speak with Kelton or even utter his name, referring to the dour CIA station chief as ‘the cadaver.'”

And this is where things get sketchy. Pakistan obviously did not like the secrecy of the bin Laden raid, the fact that the CIA had run a safe house in Abbottabad, or that they had used a Pakistani doctor in an attempt to get DNA samples from the bin Laden compound (all without Pakistani knowledge or permission). Relations were tense.

Amid the fallout, Kelton began to experience stomach pain. At first he assumed he had come down with the sort of digestive ailment that afflicts many Westerners in Pakistan, former U.S. officials said. But as the symptoms worsened, he began to miss days of work and left the country several times for treatment.

What does Kelton think? Well, that’s pretty clear. He thinks he was poisoned:

…in a brief exchange by phone he said that the cause of his illness “was never clarified,” and he added that he was not the first to suspect that he had been poisoned. “The gen­esis for the thoughts about that didn’t originate with me,” he said.

The US/Pakistan relationship is complicated. We don’t really agree with or trust basically anything they do. Yet, they’re an “ally” in a key region. We, and others in the coalition, use Pakistani territory, facilities, and resources to launch campaigns in Afghanistan and surrounding areas (for which we compensate Pakistan with BILLIONS of dollars). Although we may not like them, we need them and they need us.

Oh, and they’re 1 of 9 nations with nuclear weapons. So there’s that.

Bottom line: if Kelton was poisoned and the CIA had evidence of it, it’s incredibly unlikely that evidence would make its way to the public eye. For the longevity of the “alliance” and in the spirit of protecting the “that’s just the way it is” international relationships of the world, it benefits both parties to keep whatever happened a secret.

It’s actually amazing we’ve gotten this much — considering we’re discussing the CIA versus the ISI.