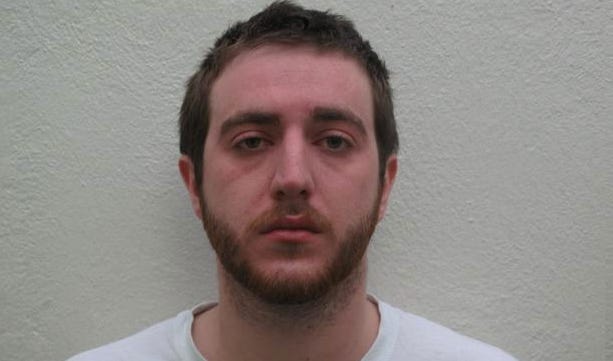 NBC – Vernon police have arrested a man accused of firing a gun into a bathroom because he thought someone was taking too long using the facilities. Around 3 a.m. on Sunday, police were called to the Portico 1 Villa Apartments, 142 Vernon Ave., in the area of apartment #80 for a report of a highly intoxicated man who shot a gun inside an apartment. Police said they located Shawn Cummins, 22, of apartment #80, and he was highly intoxicated. Officers learned through their investigation that Cummins had gone to his neighbor’s apartment to hang out around 2 a.m. While they were hanging out, Cummins became upset when someone wouldn’t get out of the bathroom, then took out a 9mm handgun he had concealed in his waistband and fired one round into the closed bathroom door, just missing the person inside, police said.

Look, I wish I could call Shawn Cummins irresponsible for what he did, but I can’t. I can’t blame him, I can’t fault him, the most I can be is a little disappointed in him. Because who hasn’t had that feeling where you’d literally kill someone for a bathroom? When you’re drunk, you’re trying not to obviously grab your dick through your pocket, but if you let go you’re going to piss your pants like a toddler and there’s nothing you can do about it. When you’re at a bar and there’s only one bathroom and you’re knocking on it as if that will make the drunk idiot inside finish up his piss faster. Or even worse when you’re on a road trip and have to take a shit and you finally run inside the convenience store and they tell you it’s for “customers only”. Okay, minimum wage asshole working the register at the gas station, would you rather me drop a log next to the chip aisle, or are you going to open up that bathroom for me? Or would you prefer me to go the Shawn Cummins route and fire a gun at your face? At the end of the day, sometimes you just really need to use the bathroom. When you gotta go, you gotta go, and every man has a breaking point. Shawn just happened to have a gun on him at the time. Bad luck for him, but at least he didn’t kill the person.

PS: He was at his neighbor’s house…which means he could have just walked back over to his own place and used his own bathroom. Semantics. The drunk brain can’t think straight when the nile river is about to explode out of your dick like a 17 year old using a fleshlight.