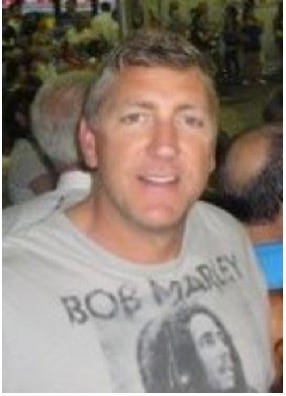 Before the NFL Draft, the DSR staff spent weeks trying to convince the public that the whispers about Connor Cook falling in the draft due to personal issues was not just baseless speculation by some “haters.”

While Sparty Pravda members Graham Couch and Joe Rexrode were trying to minimize this omnipresent story, DSR Managing Editor Justin Spiro was attempting to warn our readers that this issue was real and it was going to cost Cook a lot of money.

One of Spiro’s national sources told him that part of the reason that Cook was going to fall was because the NFL really delves into the background of potential QUARTERBACK draftees’ fathers.

Whether you think that is appropriate or not doesn’t matter. We were told that NFL executives believe there is some correlation between how a QB pans out and their sire.

…You see, Cook’s dad — Chris Cook — appeared on our radar over the last 48 hours. Now, keep in mind we were already being told that Papa Cook’s personality was somehow deflating his son’s draft stock.

Around this time, I figured that a simple look into Chris Cook’s Twitter account would reveal more nuggets of gold. 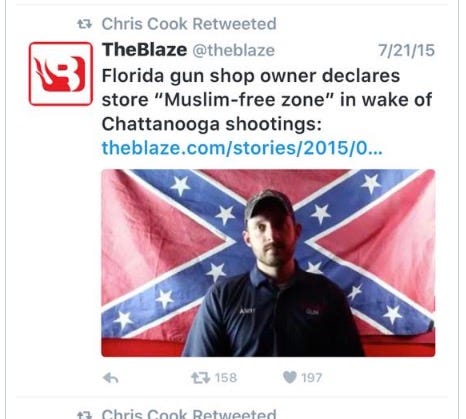 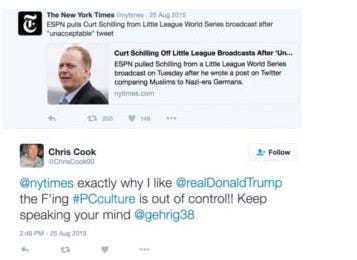 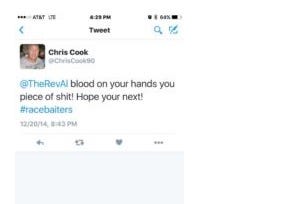 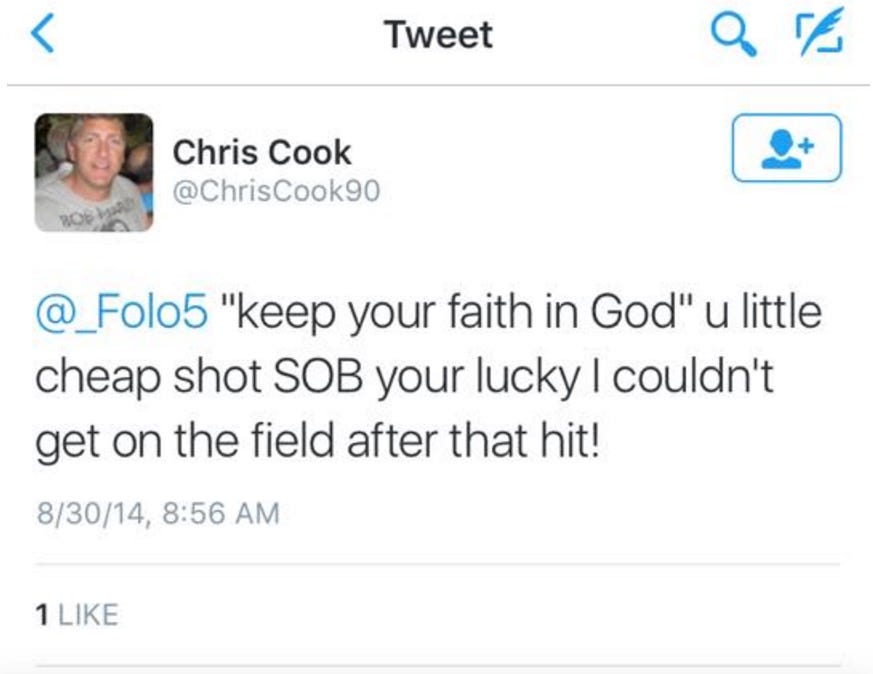 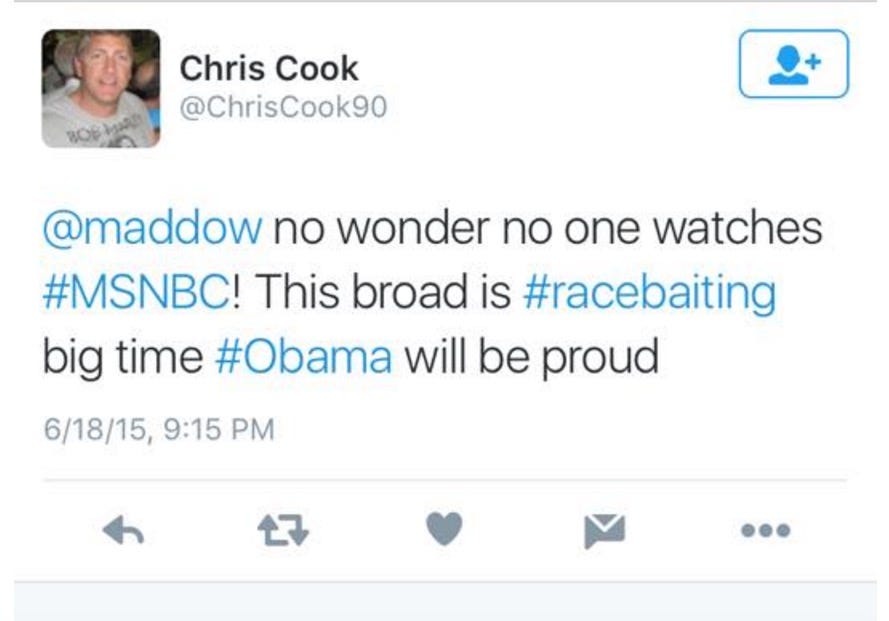 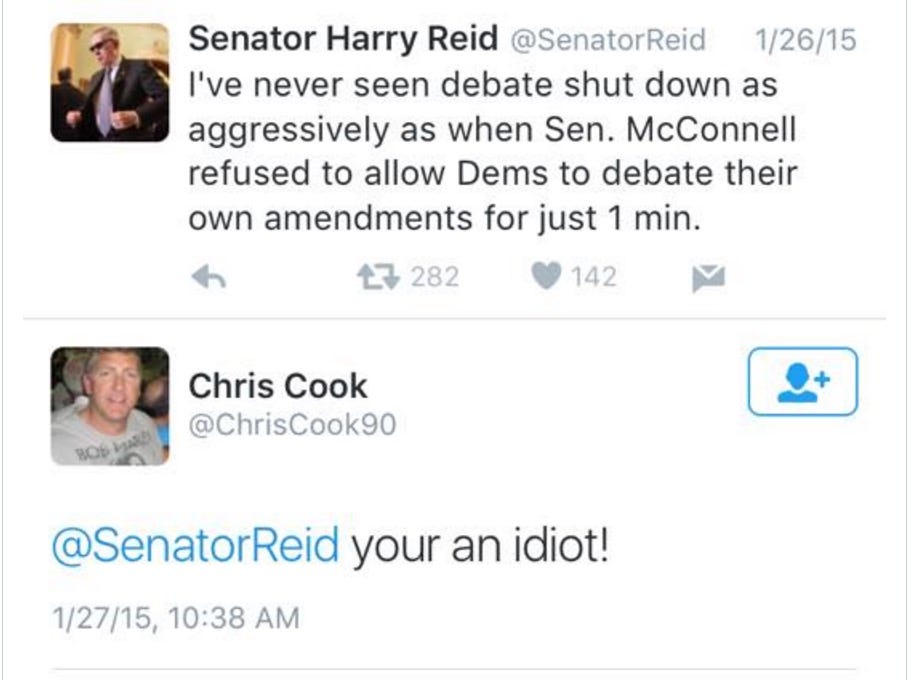 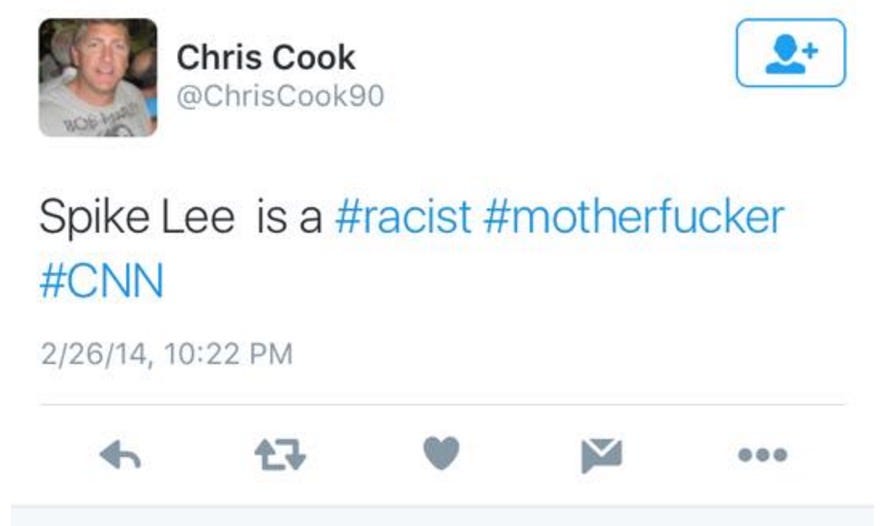 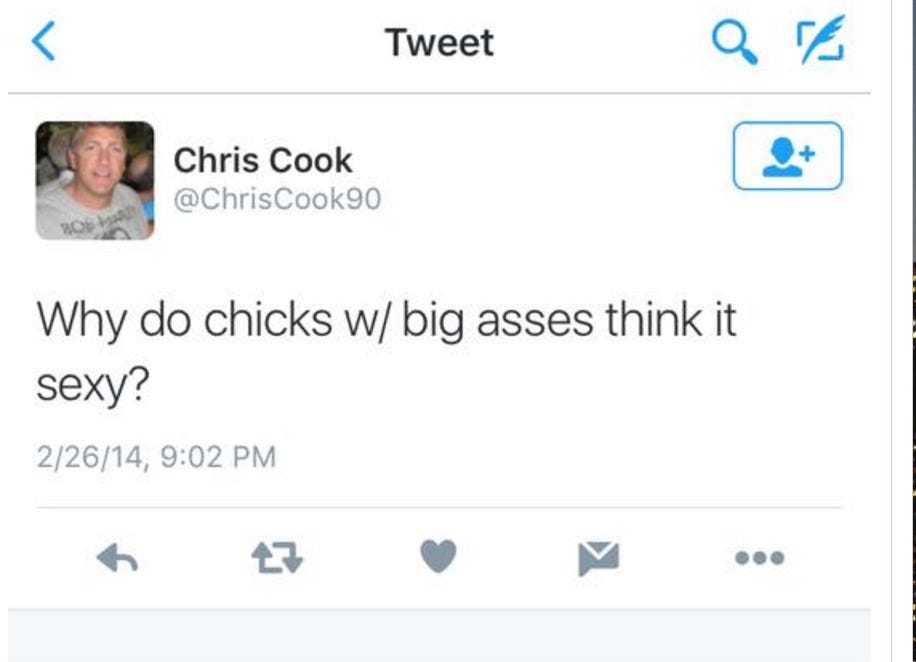 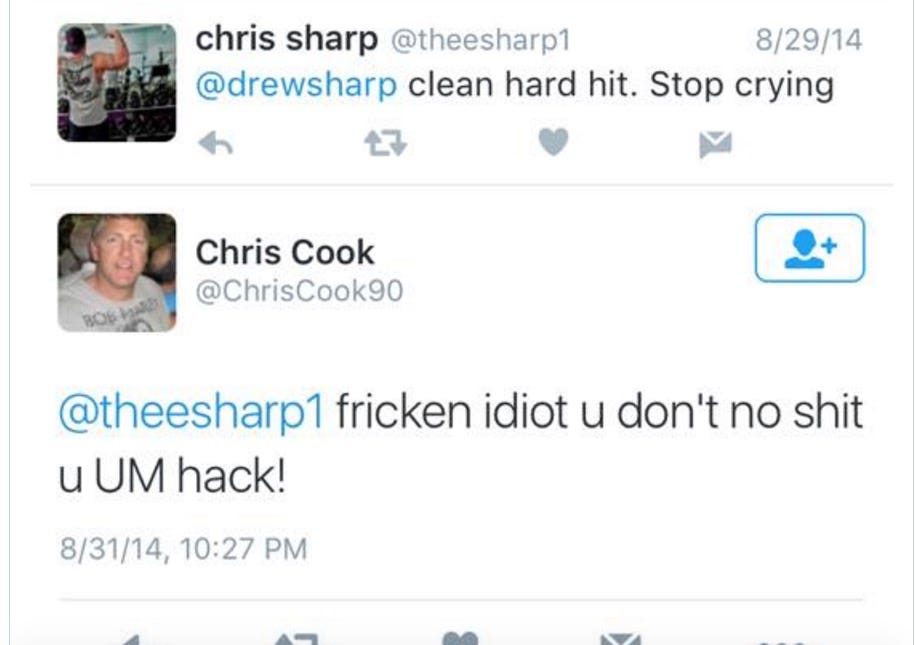 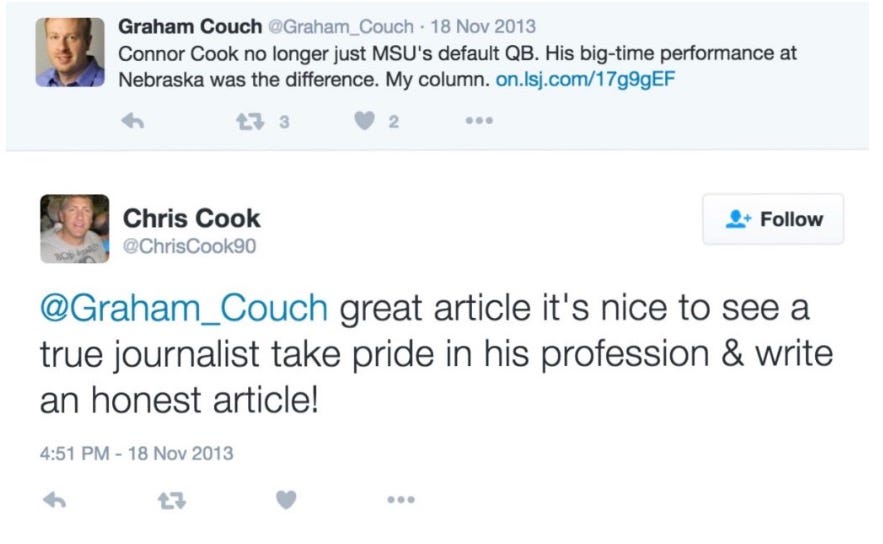 Did Connor Cook’s dad being a belligerent asshole on Twitter scare teams away and cost him millions of dollars? Who knows for sure. Only two facts that I got for certain from this story:

1) Chris Cook is a fucking asshole.

2) A college kid’s dad’s offensive tweets having any bearing on his draft status is pretty ridiculous.

I mean it’s not like Connor was retweeting this stuff right? From everything I’ve read he’s not some daddy’s boy who is inseparable from his old man and follows everything he says? Just seems like NFL teams would be a hell of a lot more interested in his actual talent at playing football than what his dad thinks about Obama considering they will take on drug addicts, woman beaters, maybe even literal murderers if there’s a chance they’ll help them win games. I would think maybe what they saw on film and at workouts caused him to drop more than 140 characters online did. But who knows. The apple and the tree and all that stuff.

Also let’s be honest, this was way more of a red flag than anything his pops did.

OK maybe this one didn’t help with Cleveland.