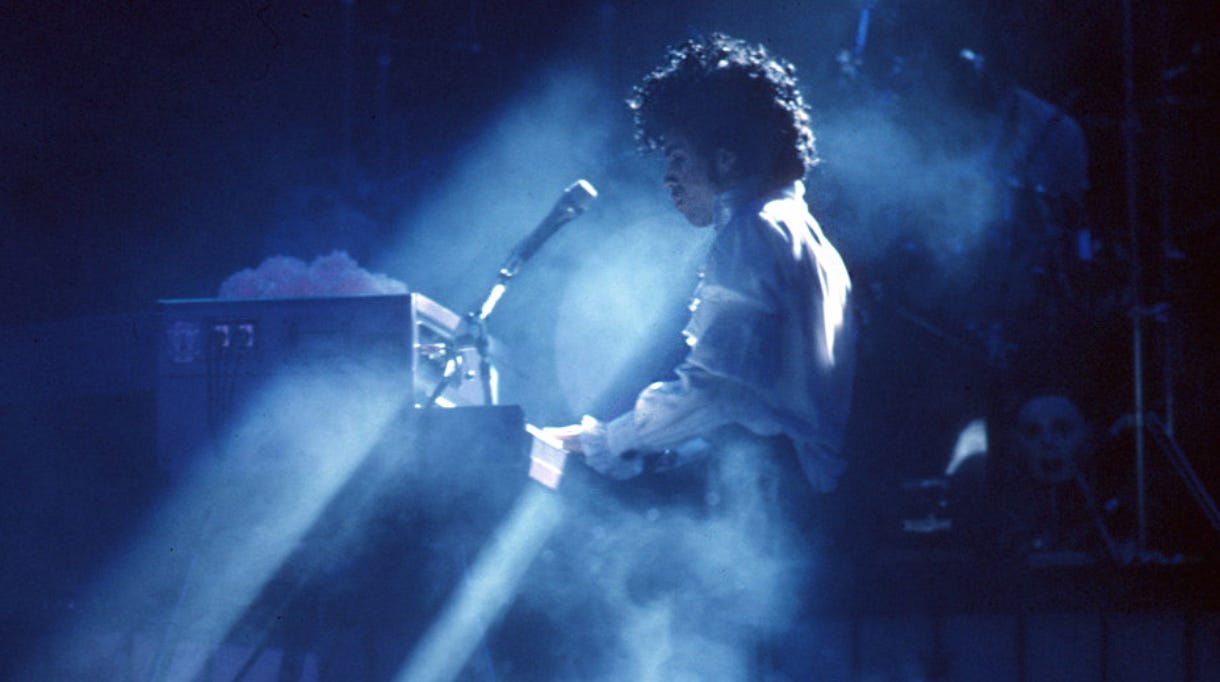 F And W- I was barely out of cooking school when I heard that Prince was looking for a private chef.

It was 2008 and I had moved to LA right after graduation with dreams of breaking into food TV. Then Andy, a friend of a friend who occasionally cooked for Prince, told me the singer sought someone 24-7. Until cooking school, I’d lived on take-out. Now I had about three weeks of real-world experience under my belt. I was like, “No way.”

“You should do it!” Andy said. “I bet you could split it with someone. Just try out!”

That week, Prince was hosting an after-Oscars party and Andy roped me in. A pescetarian at the time, Prince loved Asian flavors and, since I’d tested recipes for Williams-Sonoma Food Made Fast: Asian (by Farina Kingsley, my teacher and mentor) I wrote a quick menu. The party started at midnight and music blasted down the hallway into the kitchen. Stevie Wonder was there. I cooked potstickers for hours on end. Salma Hayek ate a Vietnamese summer roll right off my cutting board. I thought, “Maybe I can do this…” At 4:30 AM, I met with Prince’s assistant in his giant office. I told her I’d never been a private chef but that I’d love to try. She said they’d call me.

A few afternoons later my phone rang at 3:30 PM. Prince wanted me to do a tryout. In two hours. And serve three courses.

More! More! More! The more Prince stories the better. I have very few good ideas but one of my best is to take every Prince story from every celebrity and put it into a book. $$$$$$$$$$$$$. Everyone would buy out. People who didn’t listen to Prince’s music would buy it because the stories are just that great. It’d honestly be the best selling book of all time. There are some gems from that article by his personal chef. She was his 24/7 on call chef so she obviously has some great stories.

This story about Coachella was my personal favorite from the piece

My only break was the three days he played Coachella. When he got back to the house afterwards, he said, “Where were you? I thought you’d be backstage.”

I explained that his assistants had said I couldn’t come, and he said, “We’ll fix that.”

He led me downstairs to the private theater and together the two of us watched the playback of the whole show.

PERFECT. That’s a perfect Prince story. Why weren’t you at my Coachella show? Well that’s okay. Let’s just go downstairs to my private theater and we’ll watch a replay of the ENTIRE SHOW. So good.

Read the whole article. It’s worth it.