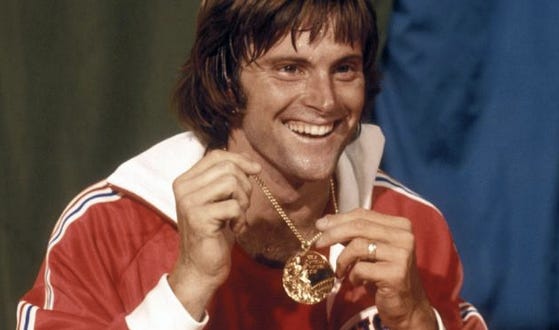 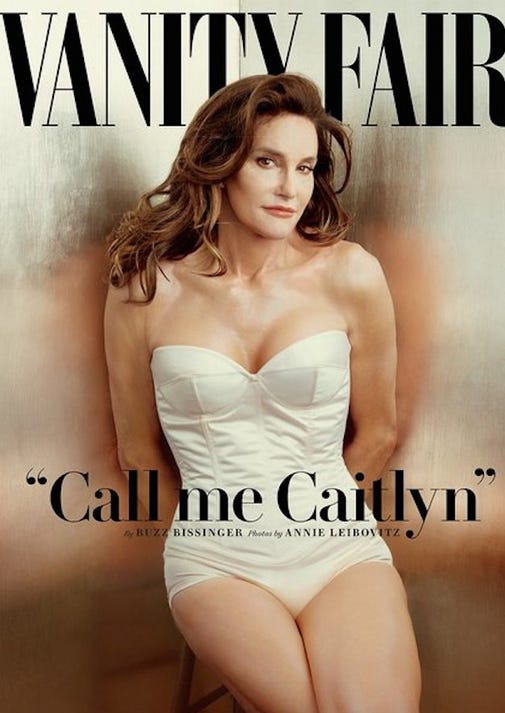 (USWeekly) – Caitlyn Jenner will appear on a summer cover of Sports Illustrated wearing “nothing but an American flag and her Olympic medal,” a source reveals in the latest issue of Us Weekly. The 66-year-old I Am Cait star (formerly known as Bruce) set a world decathlon record at the 1976 Montreal Summer Games. To celebrate the 40th anniversary of her win, she’ll pose with her gold medal for the first time post-transition, adds the source: “She’s excited about that.”

I’ll tell you what…. a little curious about this. At first I thought who would want to see a naked, old tranny? But then, I thought me. I’d like to see, for curiosity’s sake. It’s like hearing about a dead body. Wanna see it? EWWWWW! No way! I bet it’s so gross! Well actually, how gross is it? Yeah, I’ll take a look. Or even like seeing the thumbnail of a porn that looks horrible but then you find your arrow hovering over, watching some still shots… just to see what it’s all about. I’m a curious little cat, sue me. Show us that bod, Cait, I’ll take a peek.

Though I must admit, a little concerned that Caitlyn is taking advantage of Bruce here. I mean, she doesn’t want anything to do with Bruce anymore, right? That’s her past? Doesn’t answer to Bruce anymore, doesn’t acknowledge the guy. But here she is flaunting his gold medals? Classic Kardashian family move. Don’t want to deal with anything but the good stuff. Kind of a shame, really. Bruce becomes an American hero then Caitlin kills him for his riches. Smh.