We were originally going to do a Home Run Derby with a bunch of Stoolies before a UPenn game, but God disagreed and decided to wash it out. So they invited me back last Friday before their last home game to take some hacks, get in a bullpen session (was firing that max-70mph GAS until the wing popped off), and try out for the squad. Unfortunately, my year of NCAA eligibility is still out there for the taking. No HR sealed my fate. I got close a couple times to hitting some dingers as the WTP is still hot, but no excuses for not launching one out. I am ashamed, even if the wind wasn’t blowing in at 40mph they might have been forced to close 76. Whatever. Next season, baby, I’m back. Still got it. Good thing my step dad Doug Glanville taught me everything I know.

Seriously though, thanks to the UPenn staff, coaches, and players for letting me relive the Glory Days for a bit. Great people all around. Be sure to follow the UPenn baseball squad next year. Nothing like taking a couple of Red Solo’s to the ballpark on a nice Saturday to watch a doubleheader.

PS – No hardo but major hardo: Never go through a bucket of balls for the first time in a decade without batting gloves. It’s been a week and you can still almost see bone. My mother suggested Iodine. Some women just want to watch the world burn. 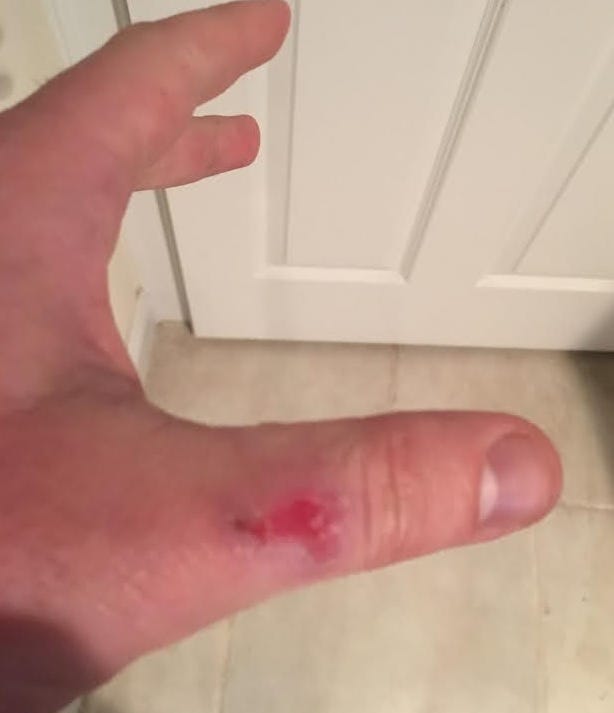