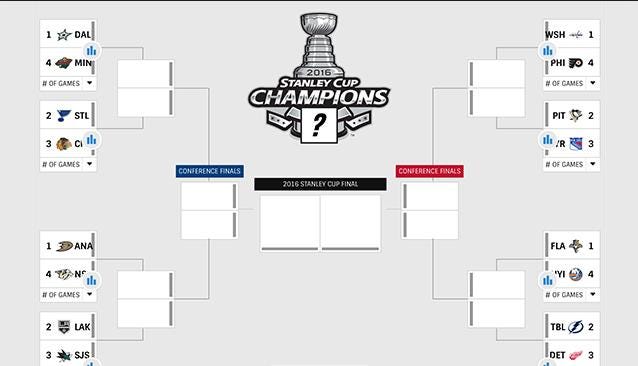 PS: The more I think about it, the more nuts it is about how the NHL seeds the playoffs, making it so the best 2 teams are facing off in the Semis instead of the ECF. Of course they’d have to play each other anyway, but this series should be to go to the Cup. Let’s have the best teams playing for a shot at the Cup, not in the semis.–BarstoolNate

The NHL playoff format has been a point of contention this year. Nate made this point last night, I saw a tweet from our Bruce Arthur about it prior to the playoffs, and in Chicago the complaints have been especially loud. This year the Blackhawks finished with the 3rd best record in the Western Conference and had to play the 2nd best team in the West in the 1st round. 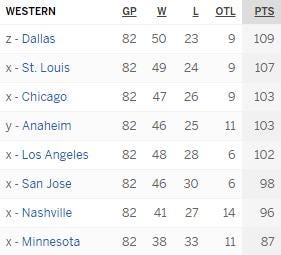 If I was an NHL owner I would probably be pissed about the new divisional playoff format. I’m not saying the Blackhawks would’ve beaten San Jose in the first round this year(San Jose looks legit AF), but more times than not you’d expect the #3 seed to beat the #6 seed. You win that series its an extra 2-4 games of gate, concessions, parking, etc etc etc. That’s a major revenue loss for the owners. Yes, I would prefer my team still be playing. I think the Blackhawks would’ve matched up better against San Jose, but I wouldn’t trade the possibility of real rivalries developing for the possibility of an extra two weeks of watching the Blackhawks.

I want BLOOD FEUDS in the playoffs. I want those blood feuds to boil over and manifest themselves in to electric regular season games the following year. There’s no better way to create actual rivalries than setting up a scenario where teams are more likely to play each other in the playoffs year after year. This format absolutely accomplishes that. It fosters an environment for hate and that’s what you should want as a fan.

In my lifetime, the two best rivalries for my money have been the Avalanche-Red Wings from 1997-2003 and the Blackhawks vs Canucks from 2009-2011. Those teams weren’t division rivalries. There’s was no historical precedent. No geographic proximity. The ONLY reason they hated each other was because they had repeated playoff wars. I want more of that and this format is the best way to get it. I want to see STL-Chicago again. I want to sweep Minnesota in the playoffs again. I want to see Boston-Montreal as much as possible. And this year…the Pittsburgh-Washington series has been fantastic. That rivalry, from a national perspective anyways, has been lacking the past 7 years or so. The Capitals faded after the Pens won the Cup in 2008, then the Pens slid back. Now they’re both really good again and we get to see them in the playoffs. I love it.

I understand the argument that you want the best teams playing. Here’s the thing though, the best teams will eventually play each other one way or another. The cream always rises to the top. If Washington and Pittsburgh really are the best two teams in the East this year then they would’ve run into each other anyways. Same for Chicago and St Louis. If they aren’t the best two teams then we would’ve been robbed of an emotional story line in the 1st round just to lose to San Jose. No thanks. Give me the blood. Give me the hate. Give me the rivalries. Familiarity breeds contempt and I want to see rivals play each other in big games as much as possible.