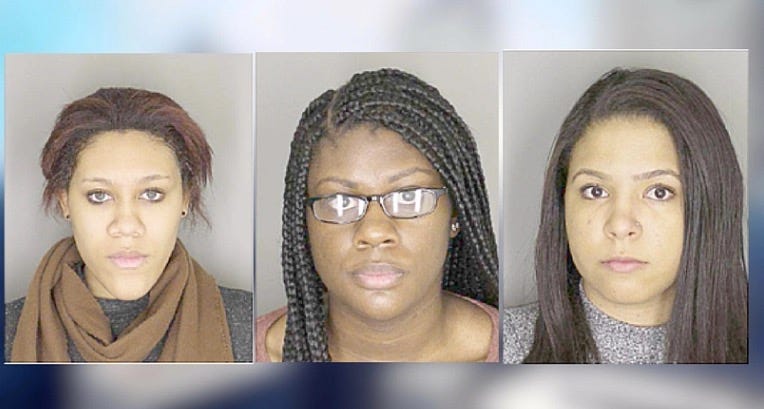 ALBANY, N.Y. — Three New York college students who said they were targets of a racially motivated attack face multiple charges for what prosecutors are calling a false claim.

A grand jury on Monday indicted Ariel Agudio, Asha Burwell and Alexis Briggs, all 20, each on a charge of third-degree assault and multiple counts of falsely reporting an incident, the Albany District Attorney’s Office said.

3 girls said they were beaten up by a mob of 10-15 white students on the bus who hurled racial slurs at them while they stomped them out. 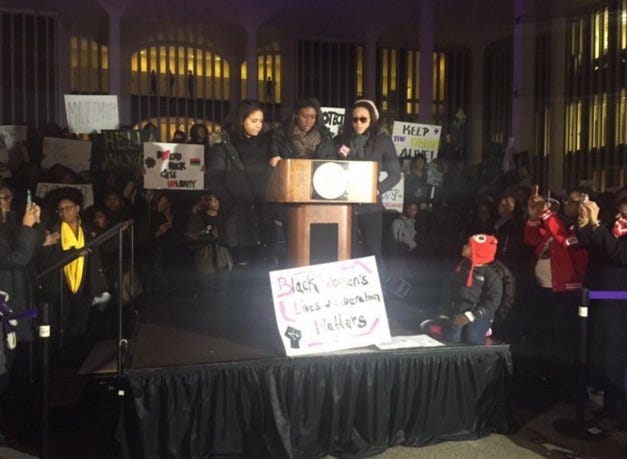 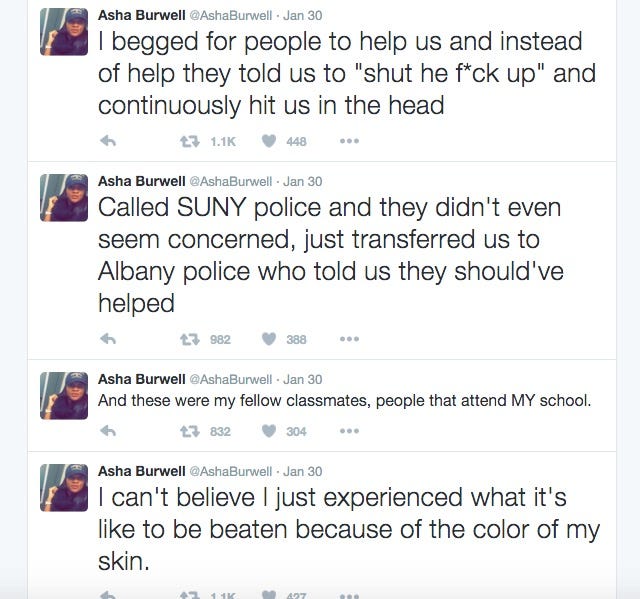 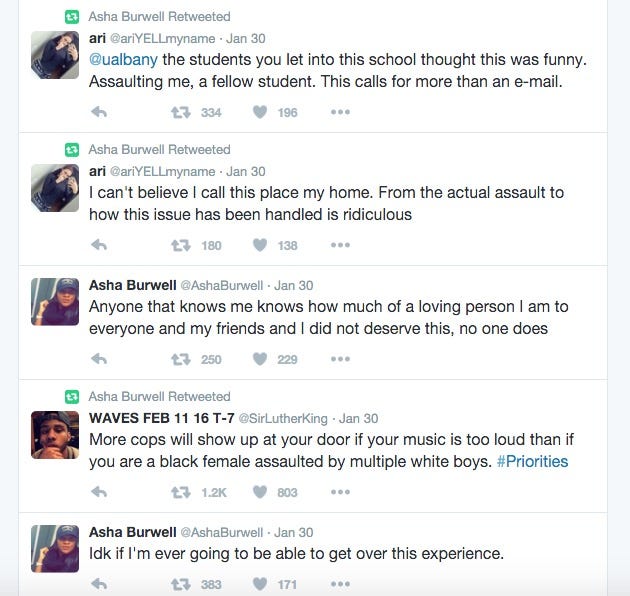 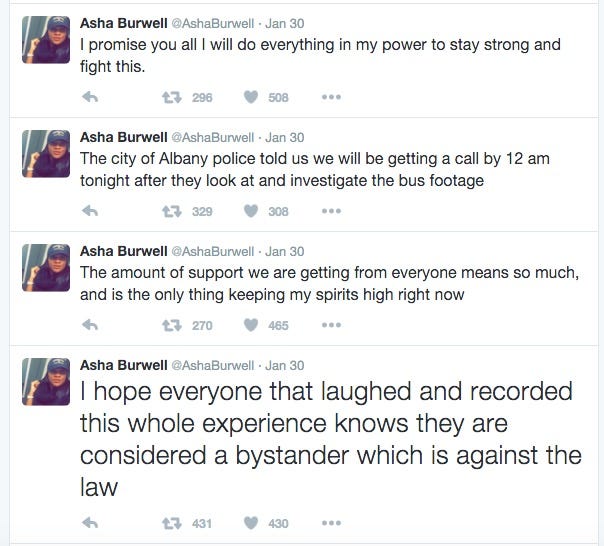 Protests all over campus, which soon spread to other campuses around the country, more demands being thrown out to address the racist culture of Albany.

The State University of New York at Albany rallied behind the students, who are black, when they came forward with claims that a group of white men and women attacked them on January 30 in a confrontation on a city bus. Students held a rally and university President Robert J. Jones said in a letter to students and faculty that he was “deeply concerned, saddened and angry about this incident.”

Others came to their defense on social media using the hashtag #DefendBlackGirlsUAlbany. The People of Color Caucus issued a letter in support of them.

Then a video came out…and multiple sources…and interviews with everyone on the bus…and nobody could corroborate any of the story.

Nobody was ever arrested. And we soon found out why.

…University police said an investigation revealed that no one used racial epithets against the women. Instead, they assaulted another passenger and falsely reported the incident.

“What happened on the bus was not a ‘hate crime,’” University Police Chief Frank Wiley said in February. “The only person we heard uttering racial epithets was one of the defendants.”

Absolutely sucks that students who have actually dealt with bigotry and are trying to have their voices heard have to deal with assholes like this who make up racist mob beatings to try and get out of trouble. 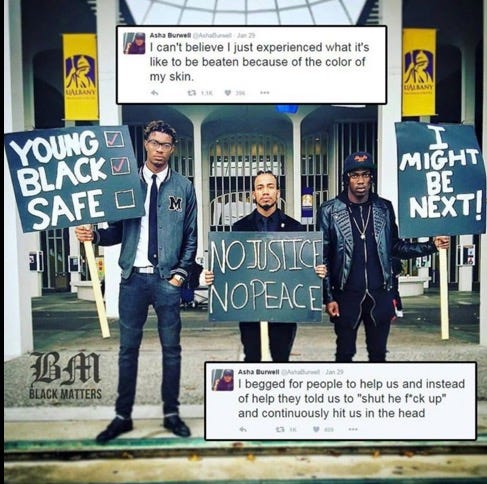 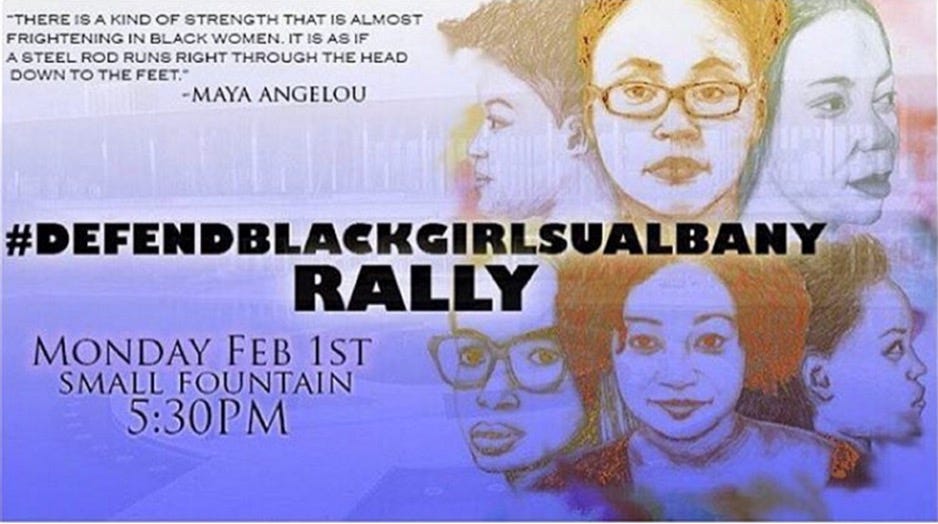 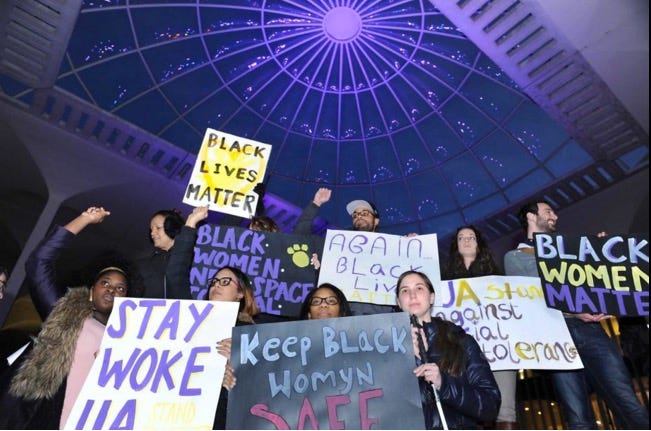 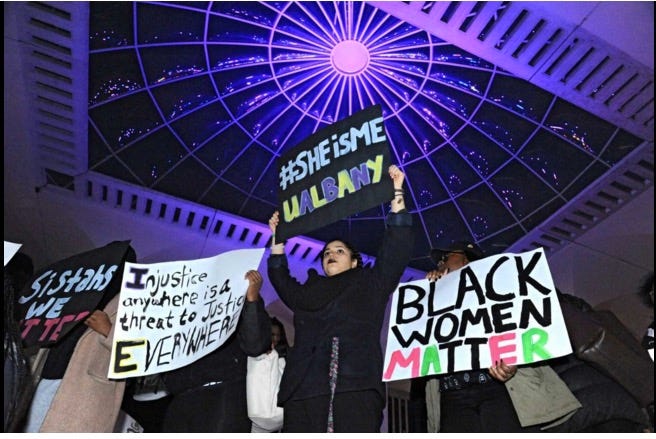 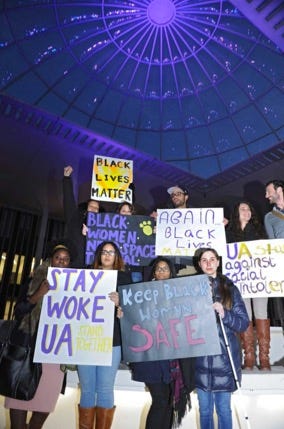 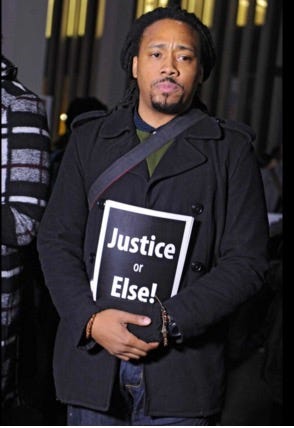 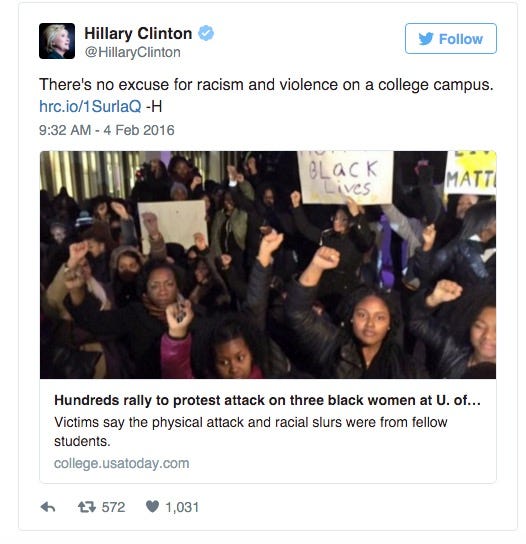