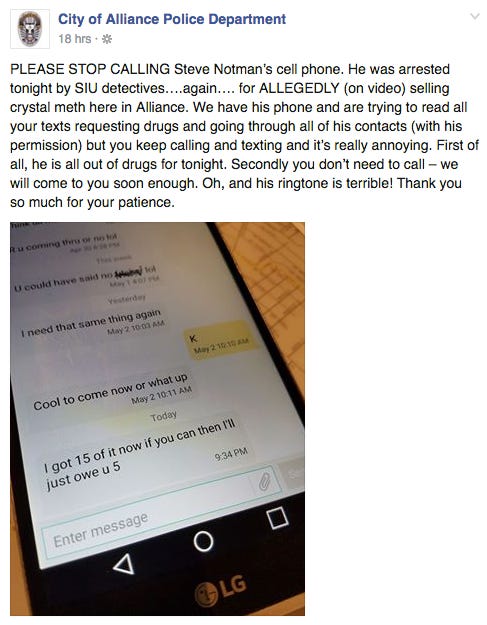 Ohio - Police in Alliance would like prospective drug purchasers to stop calling a suspected drug dealer’s phone so that they can search the device without being interrupted. Police arrested Steve Notman Tuesday night after they say he was seen on video selling methamphetamine. Police are trying to search through texts and contacts, but they say that the constant stream of calls and texts is “really annoying.” In a very tongue in cheek Facebook post, police said, “First of all, he is all out of drugs for tonight. Secondly you don’t need to call – we will come to you soon enough.” Police also say Notman’s ringtone is terrible.

That might be the snarkiest Facebook post of all time. I love that no matter who it is- Aunt Rhonda, Grandpa Dave, or the Alliance Police Department, all Facebook is for is bragging and bad jokes. I’m not going to say the police officers did a bad job getting a meth dealer off the streets, but this is the most un-subtle “congrats to us for doing our jobs” of all time. Grandpa Dave doesn’t even brag that much.

As for the “please stop calling and texting, it’s really annoying” part, that’s police PR 101. They could put it on airplane mode if they wanted, they just wanted to scare the shit out of everyone who wants meth. The more I think about it, the phone probably isn’t even ringing all that much at all. But that one dude who needs his meth hit in the worst way is scared shitless right now.

At least Jesse will be able to get his money back and get that little kid out of the house now.

Seriously, that kid, man. Poor guy. Hope he was able to have a somewhat normal life. 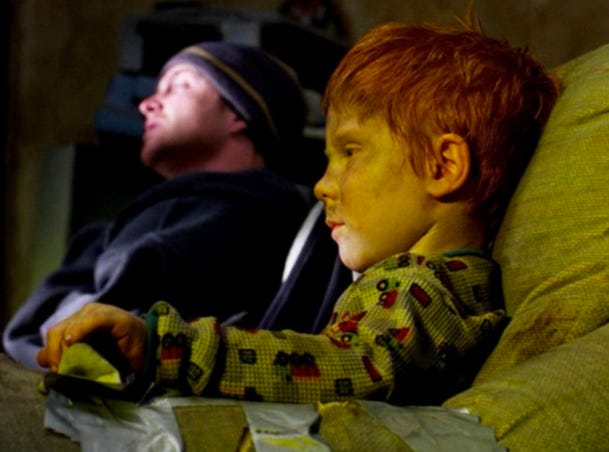