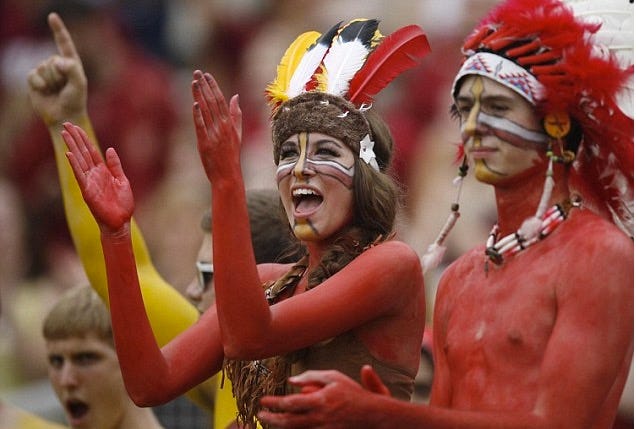 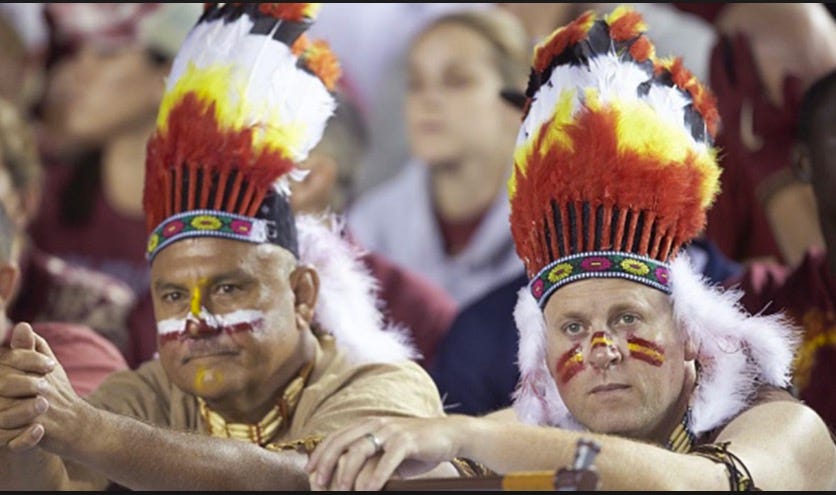 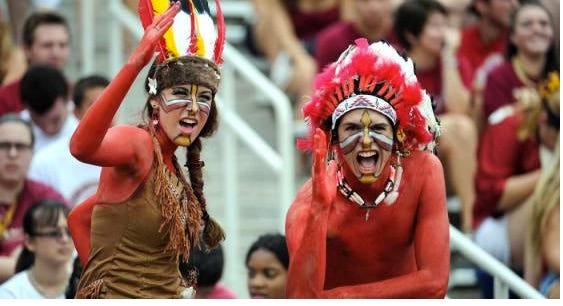 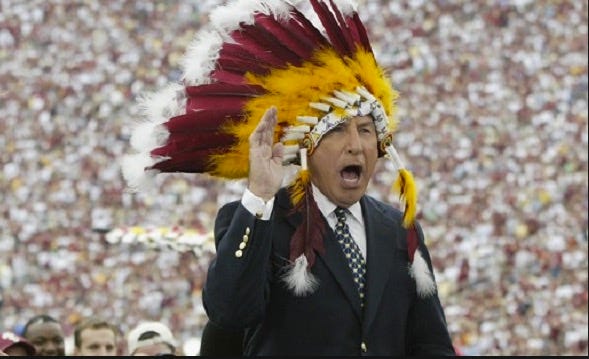 FSU News – In a resolution passed on April 20, 2016 by the Florida State student government, the wearing of Native American headdresses has been discouraged at Florida State athletics.

Resolution 15, as described in a document obtained by the FSView, states that “[SGA] requests that the wearing of any Native American headdresses shall no longer be permitted into athletic arenas at FSU.”

The resolution was voted yes by 27 members, no by four and five abstained.

My take may shock some people here but I think I’m ok with this. Or at least not super against it. I mean I don’t just blindly rant about everything that seems to fall in the “too PC” category, that’s how you lose all credibility. Man’s gotta have a code. But FSU fans not being allowed to wear headdresses to games anymore doesn’t really rile me up that much.

The obvious issue is your First Amendment right to express yourself, and a school stepping in to regulate that is a little disturbing. And, it’s been pretty well documented that FSU has worked closely with the Seminole tribe to come to an agreement on using names, logos etc.

For 67 years, Florida State has worked closely, side by side, with the Seminole Tribe of Florida. The relationship, built on respect, is so mutually supportive that in 2005 the tribe — which rarely puts such things in writing — took an unprecedented, historic step with a public declaration of support. The Seminole Tribe invited the university president at that time, T.K. Wetherell, to Big Cypress Reservation to receive a written resolution from the Tribal Council affirming its enthusiastic support for the university’s use of the Seminole name, logos and images. Subsequently, Chief Jerry Haney of the Seminole Tribe of Oklahoma also publicly stated his support. [FSU]

Which is why all the constant complaining and hand wringing about banning the mascot and calling the logo racist has been pretty stupid, when it has the direct stamp of approval from the Chief.

But when it comes to hammered drunk white college kids wearing these really important religious and cultural Native American symbols to yell “FUCK THE GATORS!” during football games, I can at least understand that. Headdresses are a pretty huge honor in that culture, and if it pisses them off to see them desecrated like that then it’s not the worst thing in the world to just do the nice thing and not wear them. Especially considering FSU desperately needs to keep the Seminole tribe on their good side and avoid any bad PR.

Wish it was the choice of the students to do it though, not something regulated by 27 student government members who feel like it’s their duty to speak for every race and culture.

Now if they try to ban cowboy hats? 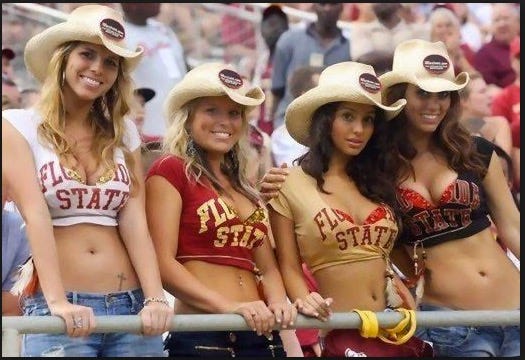 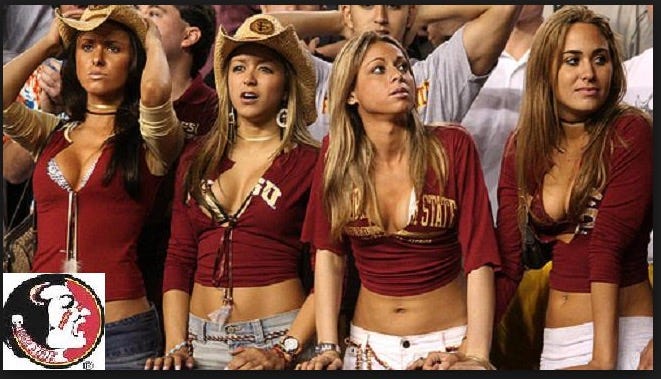 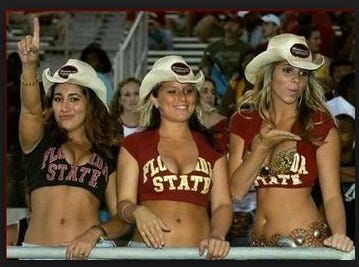 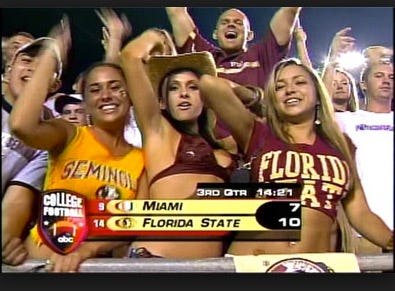 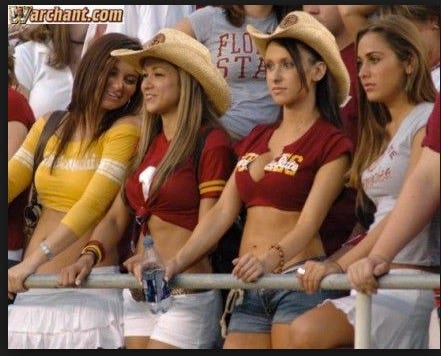