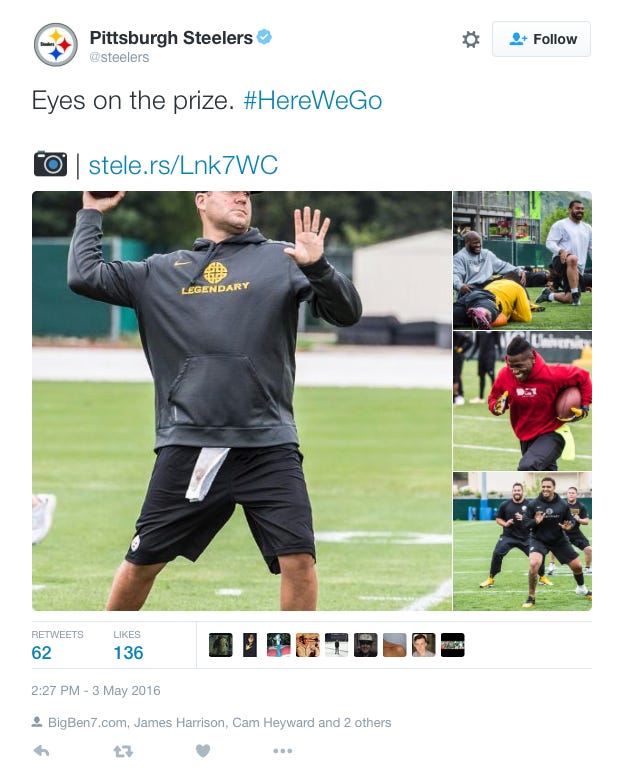 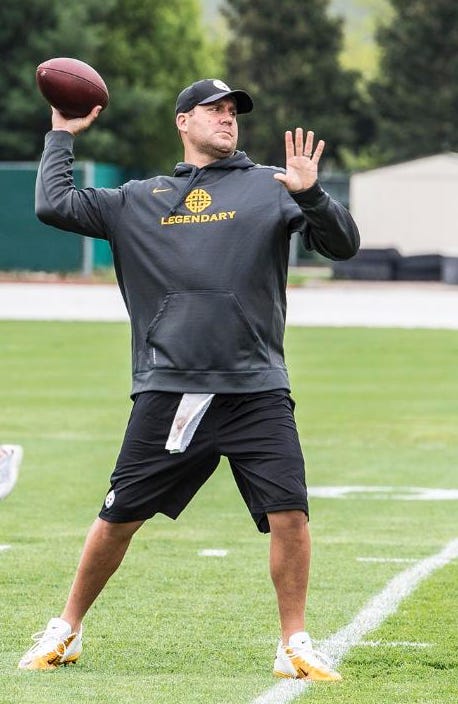 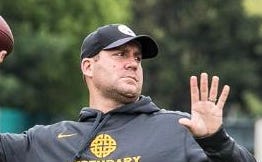 Thank fucking God. When the news came out that Big Ben was trying to lose weight I went to a dark dark place. Big Ben is the number 1 on team fat face guy. He’s the guy we rely on when the chips are down. We can’t lose a horse like that. So to see that he may have lost a few lbs but still has that diesel double chin is a relief to say the least. Big Ben is Big Ben, not skinny Ben. That may sound simplistic and painfully obvious but it’s the truth and needs to be repeated. The world has enough skinny glamorous quarterbacks, we need at least one guy that looks like he’s not afraid to cheat on his diet every single day with some PF Changs. We need one guy like the rest of us lazy slobs. Thanks, Ben.

By the way, I’ve said this before and gotten shit for it but I feel like it needs to be repeated because he’s had a couple injury years but if I had to pick one quarterback to take my team on a 4th quarter drive, it’s Ben. I know there are some greats out there, Brady, Rodgers, Eli Manning in the SB, but I’m still going with Ben. When he’s right he’s so hard to bring down and he keeps every play alive for that extra second that is crucial in those types of situations. Give me Ben and I love my chances.